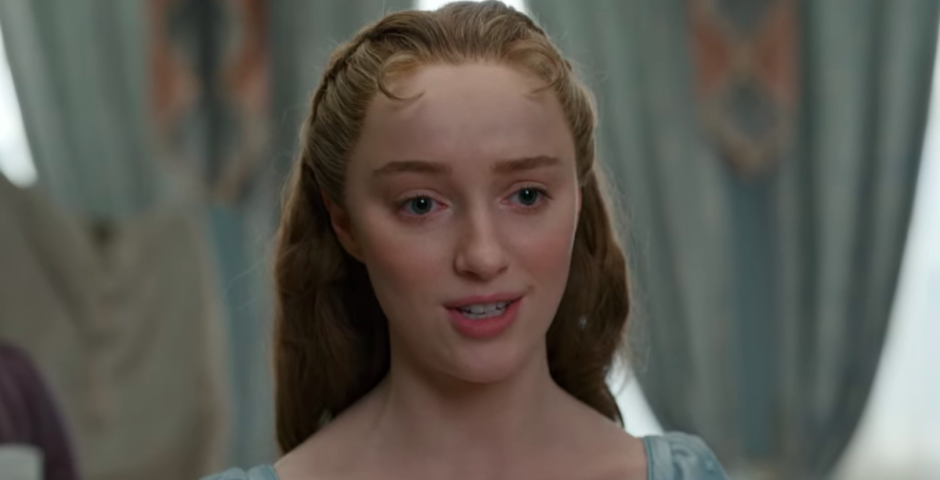 We need to talk about it

Bridgerton came down on Christmas Day to bless us, and the series undoubtedly gave us so much great stuff, from the music and costumes to a Gossip Girl-esque mystery to distract us from a year of doom. But amidst the violin cover of Thank U, Next and the feathery headbands, there’s one awful part of Bridgerton some people haven’t even noticed – the rape scene.

It was so uncomfortable to watch, but when I mentioned it to my mates several of them didn’t even know at first which scene I was talking about. The show completely just glosses over the issue and moves on to the next scene, which I think is why many people didn’t immediately notice it when they watched. But which scene is it in Bridgerton, and what are people saying about the rape?

What is the Bridgerton rape scene?

Daphne and the Duke, Simon, spend much of Bridgerton episode six shagging in various places around their mansion and its grounds, and the Duke pulls out every time. Daphne realises she doesn’t know anything about how babies are conceived, and asks a maid to explain it to her. She then realises what the Duke always pulling out means.

The rape scene comes at the end of this Bridgerton episode. Daphne and Simon are having sex, and then she flips them so she’s on top and he can’t pull out. The Duke looks increasingly concerned, shaking his head and saying “wait”, but she carries on until he finishes.

It’s so uncomfortable to watch, but you might not have even realised it was a rape scene, and the show quickly moves on.

Why are people saying the Bridgerton scene is rape?

If Daphne had wide eyes, was shaking her head no and telling Simon to stop while he carried on, no one would be in any doubt over whether this was a rape scene.

The Duke’s made it clear to Daphne he doesn’t want children. He’s consented to sex with this in mind, but Daphne physically prevents him from pulling out, going against this – and potentially also making him have a child against his consent, if she became pregnant.

Male sexual assault is all too often ignored or not taken seriously. There’s also the issue of race in Bridgerton, where the series shows a white woman assaulting her black husband: Daphne and the Duke both have very different kinds of social power. In The Duke And I, the book Bridgerton is based on, it says “Daphne felt the strangest, most intoxicating surge of power”, as she “looms over” her “drunk” husband before the assault.

this is just another reminder and psa, that #bridgerton has an onscreen rape scene of a black man. do be careful when recommending it to people and if you plan on watching it, be careful with episode 6.

This is far more explicitly nonconsensual than shown in the Bridgerton series, but the author, Julia Quinn, was also a consultant on the Netflix adaptation.

She told BooksandKrys: “Yes, it was shocking, but no one seemed to feel that Daphne had done anything morally wrong. It was only as years passed and we gained new understanding of ‘consent’ that people started to question her actions.” The first book of the series was published in the year 2000.

Last year, I May Destroy You showed us, amongst other things, stealthing. Stealthing is when someone removes a condom mid-sex without telling their partner – and, as a police officer tells the series’ main character Arabella, it’s rape.

But even without condoms in the situation, it’s still the same: Imagine how you’d feel if you asked someone to pull out and they purposefully didn’t, and then stopped you from being able to move away.

One Twitter user said: “This is not romantic, this is spousal/marital rape.” Another said they were “sickened” at how the “shocking” rape scene had been “brushed past”.

So Daphne held Simon down while having sex forcing him to give her a baby (very Handmaid's Tale style)… This is not romantic, this is spousal/marital r*pe, had the roles been reversed woke twitter would be boycotting this trash saying how it glamorizes rape culture. #Bridgerton pic.twitter.com/CfJE7AnwPw

Look, Daphne and the other girls in Bridgerton have had absolutely no sex education. As Penelope and Eloise find out, their mothers refuse to tell them anything – sex happens when you’re married, and that’t it. The young men are allowed to know about and have sex, but the women are kept completely in the dark.

Whilst she raped Simon, which is inexcusable, Daphne’s vulnerable too: She knows nothing about sex until he, or her maid, explains it to her. He says in the series he didn’t explain why he always pulled out because he thought she already knew how babies are made.

At the time, a woman’s whole purpose was to be married off and have as many babies as possible – Daphne’s mother has eight children. For her whole life, Daphne knew the only thing expected of her was to have children.

She feels the Duke has lied to her, as he told her he couldn’t have children. She assumed this meant he medically couldn’t, but it actually meant he didn’t want to have children, and had vowed to his abusive father that he wouldn’t. Frankly, I don’t blame him for not wanting kids, and the thing is, he didn’t lie to her. In marrying Daphne, Simon didn’t take away her choice to have a child – she’s the one who still chose to marry him, even when he was willing to let her have the chance of a different life with someone else.

Plus, even if he had lied, that in no way carries the same weight as rape and assault.

The whole scene and assault is barely even touched on other than when it happens, and it’s not really acknowledged that Simon didn’t consent to it. The couple just start arguing about how Daphne thinks he lied to her, rather than focusing on the hurt she has now caused her husband and his own feelings of betrayal.

The relationship dynamics in Bridgerton are complex, but consent is not a grey area, and rape (including male sexual assault and marital rape, as in the series) is a massively important issue.

The series’ writers and producers could have made a great narrative around the scene, as shows like I May Destroy You and Normal People have recently done by opening up various dialogues around sex and consent, but it just seemed to largely ignore the issue. Bridgerton’s producers got so many things right, but it’s disappointing to say the least that they got this aspect so wrong.

Bridgerton is out now on Netflix. For all the latest Netflix news, drops and memes like The Holy Church of Netflix on Facebook.

• All the cast of Netflix’s Bridgerton, and where you recognise them from

• These are all the filming locations used in Netflix’s Bridgerton