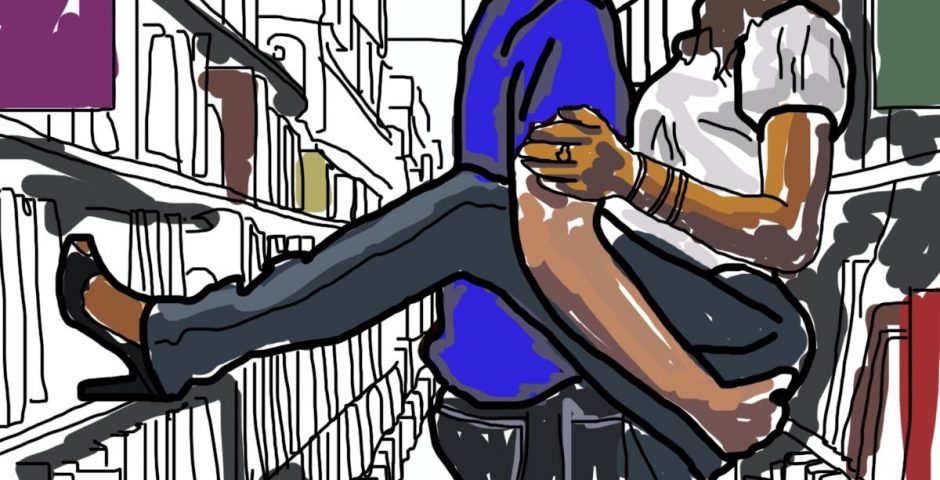 What it’s like having public sex on campus, by students who’ve done it

Step 1. Find someone to have sex with lol

Libraries, clock towers and disabled loos. What do these three things all have in common? Not much, aside from students having sex in them when they're feeling frisky after a big Wednesday night.

University is the perfect time to experiment sexually and it doesn't all have to be in the bedroom. While some are only beginning to understand sex can go beyond missionary, others are shagging in halls kitchens and alleyways.

We spoke to students who've had sex on campus and they told us every juicy detail of the time they nearly got caught:

Once gave a hand-job under Old Joe (the clock tower on Birmingham campus for the uninitiated), but panicked because it started to bong. And if you're underneath Old Joe when he bongs, legend has it you don’t pass your degree!! Degrees before dick amirite ladies?

So me being a young budding 18-year-old, I decided to get myself part-time work at the cinema on my uni campus. Only I accidentally started to get with my assistant manager. After a while we started getting into having sex at work because we couldn't keep our hands off each other.

We were on the close one night and the store manager had really pissed him off that day, so he did that thing in films where you swipe everything off the desk and chucked me on it and then we fucked. It was hot. We fucked on the store manager's desk and she never even found out. Whoops. I was a wild 18-year-old, I would never ever do anything like this now. I just want to get my degree and go lol.

I had sex in an alley on the way to a club in Oxford once. I could feel my phone vibrating as all of my friends wondered where I was, but I was just having a quickie with a guy I just met. At Oxford there were the three Ls – Lawn, Laundry and Library. Let's just say the library was not a productive place to work after dark. I'm pretty sure everyone had sex in the college libraries.

It was after a night out during Freshers'. I pulled some random guy in a club, brought him back to my halls kitchen and when everyone went to their bedrooms, things started heating up. The kitchen was shared between 12 people so the chances of someone walking in were pretty high. Let's just say we never got to the bedroom and he left straight after…

I had sex in a disabled toilet of the library with a guy I was seeing. It was very exciting and I wasn't even paranoid because it was so late in the night. It was very good. 10/10 recommend.

I was upstairs in the library doing work and there was no one else up there. It was kind of a bucket list idea. I bent her over the table and we had sex, but had to be super quiet in case someone came upstairs, if you pardon the pun. If I’m honest the pressure got to me and I couldn’t finish the job. Admittedly I was a bit scared. I don’t think the university staff take lad points into consideration in disciplinary proceedings.

I was in first year and living in Callice Court at the University of Coventry. My then boyfriend was over and I was in a phase of life where I was really into the idea of sex in unusual places, hence, we decided to try something new.

I lived on the top floor so there wasn't as much risk of anyone walking by but it was still pretty cool. We occasionally had to stop because we heard footsteps but no-one actually made it to the floor.

• So, you’ve just started seeing a guy with an enormous dick

• Girls reveal their biggest turn ons in bed, so you won’t disappoint ever again