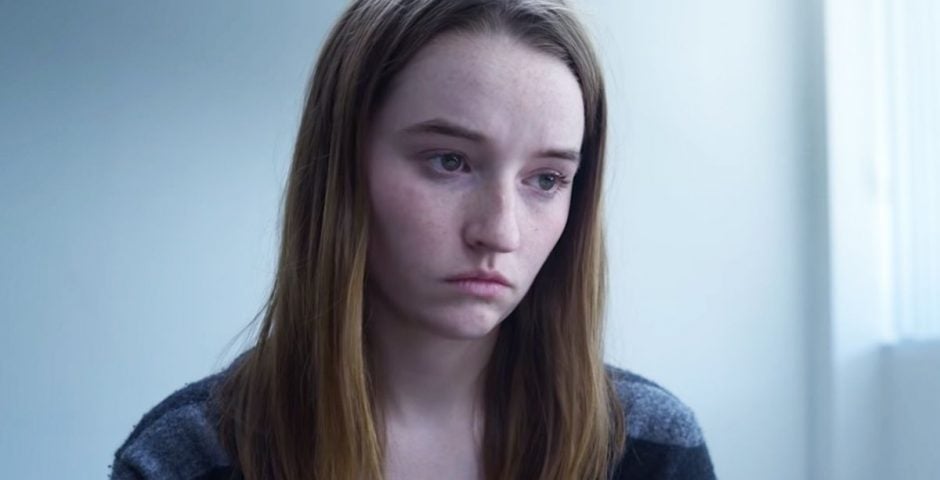 She said she was sexually assaulted, then said she lied

Netflix has just released a brand new true crime series called "Unbelievable". The limited series is based on the real life events of Marie Adler, a teenager who said she was raped and then told police she had lied.

The story was everywhere in 2015. It said 18-year-old Marie had claimed she was attacked at knifepoint, only to retract it all. The story was "An Unbelievable Story of Rape", the Pulitzer Prize-winning article by T. Christian Miller and Ken Armstrong. The article went viral.

This story is now the basis of Unbelievable on Netflix. Here are all the details of the real life events the true crime series is based on.

Katilyn Dever as Marie Adler in Unbelievable on Netflix

Marie Adler was 18-years-old when she said she had been attacked at knife point. Then she said he had made the entire story up and was charged with a gross misdemeanour. She faced up to one year in jail.

Marie is played by Katilyn Dever in Netflix’s new eight-episode series Unbelievable. In the show she is asked to repeat the chilling story over and over again to police. Those closest to her and the police constantly doubted her story.

What happened to Marie Adler?

In August 2008, when Marie Adler was 18-years-old she reported she has been raped in her apartment in Washington. She said the man broke in, blindfolded and tied her up and attacked her. This was at around 4am. Before the man left he had taken photos of her.

Marie had a difficult childhood. She'd only ever met her father once and recalls being so hungry as a child she ate dog food. She was sexually and physically abused as a child and says she entered foster care aged six or seven.

She was in and out of foster homes growing up. She finally felt settled when a foster family were going to adopt her and she was about to start high school. But on her first day of school, the foster family lost their license and the agreement fell through.

Then she briefly moved in with foster mother Shannon McQuery. Shannon was already looking after a child that needed a lot of care so Marie moved in with Peggy Cunningham instead.

At school Marie met Jordan Schweitzer and they became boyfriend and girlfriend.

When Marie turned 18 she decided to move out and set up life on her own. She moved into an apartment and started working at Costco.

It was in August that year two police detectives responded to a report of rape at the Alderbrooke Apartments, where Marie was living. The detectives arrived to Marie sat on the couch with Peggy.

Marie told police she had been talking on the phone to Jordan for most of the night and then she fell asleep. She was woken up to a man in the apartment with a knife. He tied her up, blindfolded and gagged her and then attacked her. She couldn't remember much about his appearance and said it had all been a blur. 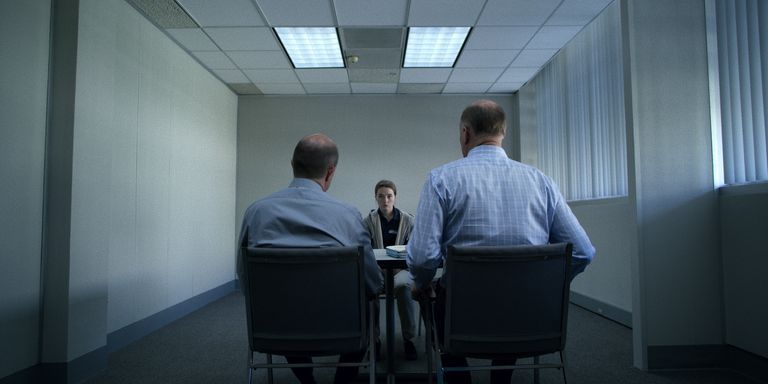 She said he left, then with her feet managed to get some scissors from a drawer and cut herself free. She called Jordan but he didn't answer so she called Shannon who called the police.

When the police were inspecting the apartment they found the rear sliding door was unlocked and slightly open. Wooden railing in the porch behind the door was covered in dirt except in one spot which appeared to be where someone had climbed over.

The police also found the shoestring used to tie Marie up and a makeshift blindfold. The laces used were from some of Marie's shoes. They also found a knife which Marie identified as being from her kitchen.

No further evidence was found at the house when police continued their search and Marie was taken to hospital. She was swabbed and given the emergency contraceptive pill and other drugs for any exposure to STIs.

Why did police believe she was lying?

The article the Netflix series is based on says "the credibility of the victim is often on trial as much as the guilt of the accused" in rape cases. This meant there were doubts in the story from the beginning. The report also says "rapes by strangers were uncommon – about 13 per cent of cases".

Shannon doubted Marie's story. She said at the time Marie had called her and spoken with "no emotion" and "it was like she was telling me that she'd made a sandwich." She said Marie had been acting different and casually since the attack.

Peggy also doubted her and wondered if Marie just wanted attention. She said: "It was like, I felt like she was telling me the script of a Law & Order story." Peggy told police Marie "had a past history of trying to get attention".

Police also received a tip saying Marie was unhappy with her apartment and thought she was making up the story so she could get moved.

Marie's statement also contained inconsistencies. She had told police she untied herself at a different point in the timeline of events as to what was said in her written statement.

She went through the story again with police, only this time saying she believed the rape had happened instead of saying it for certain.

Detectives asked Marie to write out the true story, admitting she had lied. She agreed, so they left her alone for a few minutes. She wrote:

"I was talking to Jordan on the phone that night about his day and just about anything. After I got off the phone with him, I started thinking about all things I was stressed out and I also was scared living on my own. When I went to sleep I dreamed that someone broke in and raped me."

Marie was charged with false reporting, punishable by up to a year in jail.

According to the original article, the prosecution’s offer was this: If she met certain conditions for the next year, the charge would be dropped. She would need to get mental health counselling for her lying. She would need to go on supervised probation. She would need to keep straight, breaking no more laws. And she would have to pay $500 to cover the court’s costs.

How was Marc O'Leary found guilty and what happened to him?

A detective had been investigating the attack of a 26-year-old student in her apartment. The attack was particularly shocking and seemed rehearsed. The victim said she believed he had committed similar crimes before. The attacker had taken photographs and told the student not to tell anyone what had happened or he would post the photos online. The victim said all she could remember of the attacker's appearance was a small egg-shaped mark on his calf.

Danielle Macdonald as a survivor in Unbelievable

The detective told the story to her husband, who was also a detective in a different area. He said he had a similar report too. A 59-year-old woman had been attacked in her apartment by someone who took photos of her with a digital camera.

They did some further digging and found another case. A 65-year-old woman had been attacked in her apartment by a man with a scarf tied around his face. Again, he took photos and said he would publish them online.

There was another case, filed as burglary, which police now thought was an attempted rape gone wrong. Pieces of evidence were left behind in the burglary, and they matched the evidence from the rape cases.

Three weeks before the burglary, a suspicious vehicle had been reported in the area. The car belonged to Marc Patrick O'Leary.

Marc O'Leary had the egg-shaped mark on his calf. Foot prints from outside victims' houses matched his and police found gloves and a mask in his home.

The police also found O'Leary's digital camera. It contained the photographs of the women plus another, younger victim police didn't recognise. However there was one photograph of the girl where her licence permit had been placed on her chest. It was Marie Adler.

O’Leary pleaded guilty to 28 counts of rape and associated felonies in Colorado. On December 9th 2011 he was sentenced to 327½ years in prison. He is currently in the Sterling Correctional Facility, where he will never be released from.