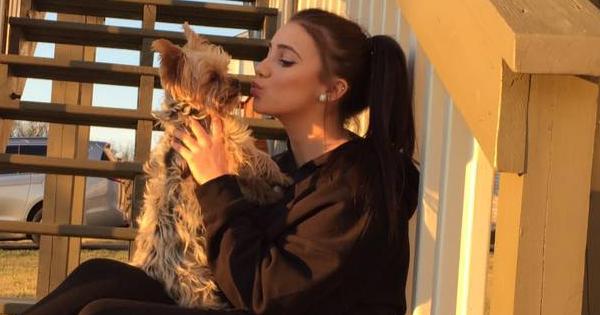 Alina Sheykhet filed a restraining order against her ex after he broke into her home. Three weeks later she was murdered

‘I lost my beautiful princess. I don’t know what else to say’

Alina Sheykhet was halfway through fall semester when she died. A junior studying Physical Therapy at the University of Pittsburgh, she hoped to graduate in 2019 and work with young kids.

But she was found dead in her apartment this weekend with blunt force trauma wounds to her head. Police unearthed a claw hammer and knives in a sewer drain near her apartment – possible murder weapons. So what happened? 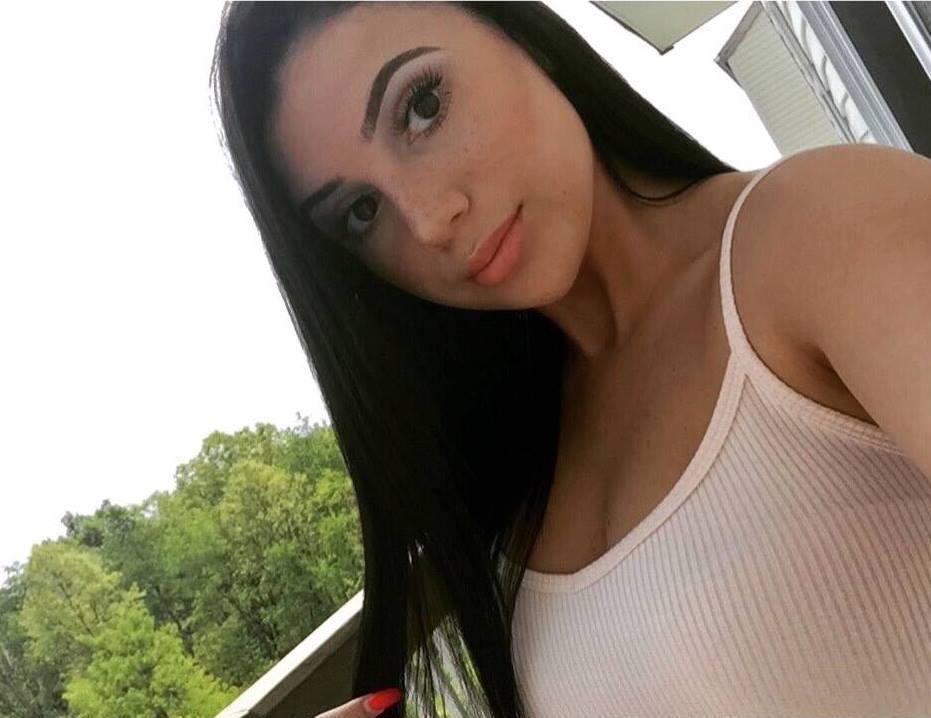 Alina's father found her body. Yan Sheykhet had arranged to go for a morning walk with Alina on Sunday morning, but she didn't answer her dad's calls. So Yan went to her apartment and broke through her bedroom door. And that's when he saw her.

"I was screaming, asking her to breathe," he told the Tribune-Review. "But she didn't. There was lots of blood."

Paramedics arrived on the scene just before 9 AM to pronounce her dead. She was 20 years old.

Police announced that they were investigating her death as a homicide, saying they found tools which may have been used to kill her outside her apartment. It wasn't long before they named Matthew Darby, her ex-boyfriend as a suspect. A former Pitt Greensberg student and basketball player, they split up after Alina transferred campuses to Oakland.

Back in September, Alina filed a police report when Darby broke into her apartment. "Defendant climbed up the gutter on the side of the house and broke through the second floor window of my home," she wrote on September 20th. "He did this because I left him and stopped answering his phone calls." 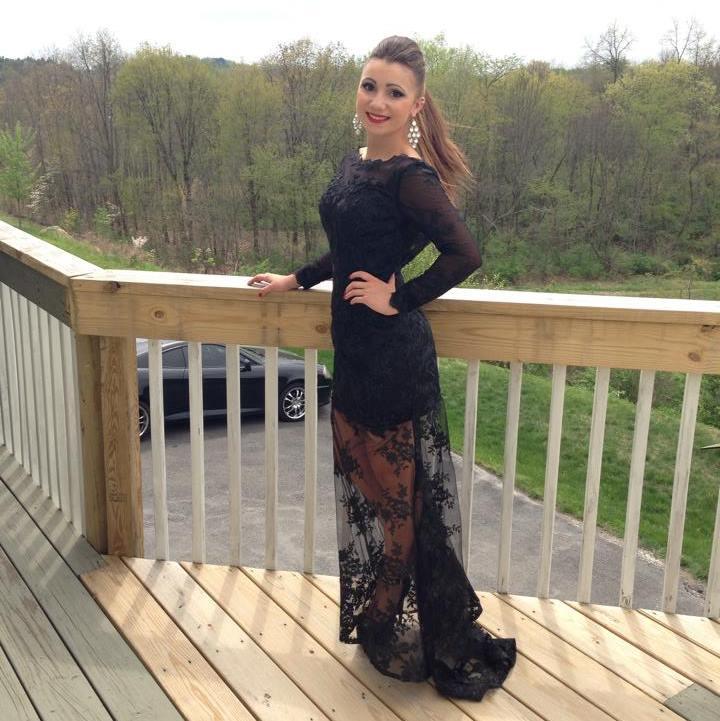 Describing prior incidents of abuse, she said: "Grabbing, pushing, emotional abuse, jealousy, controlling." He was arrested two weeks ago for breaking and entering.

Two days after cops said they were looking for him, law enforcement picked him up in Myrtle Beach, South Carolina, over 600 miles away. A neighbor called 911 who saw him allegedly tampering with a window – he was taken into custody after giving false information to police. 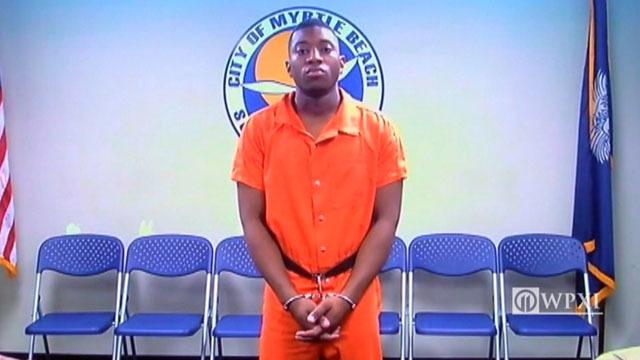 Darby is believed to have killed his ex-girlfriend Alina, hidden the weapons, and then fled four states away. He was seen on security cameras belonging to a neighboring business dropping small objects into a sewer grate and a dumpster, then walking on.

Police say Darby took a taxi from Duquesne University campus, where he tried to meet a friend, and then to an intersection close to Alina's home. After asking the driver to wait for 10 minutes, Darby said he would return. He kept asking the taxi to wait an additional 10 minutes, at which point he wouldn't wait any longer and drove away.

Alina's phone was found on I-76, approximately 25 miles from Pitt. Her phone records show five calls from Darby between 4:15 AM and 4:55 AM early on Sunday, according to police. 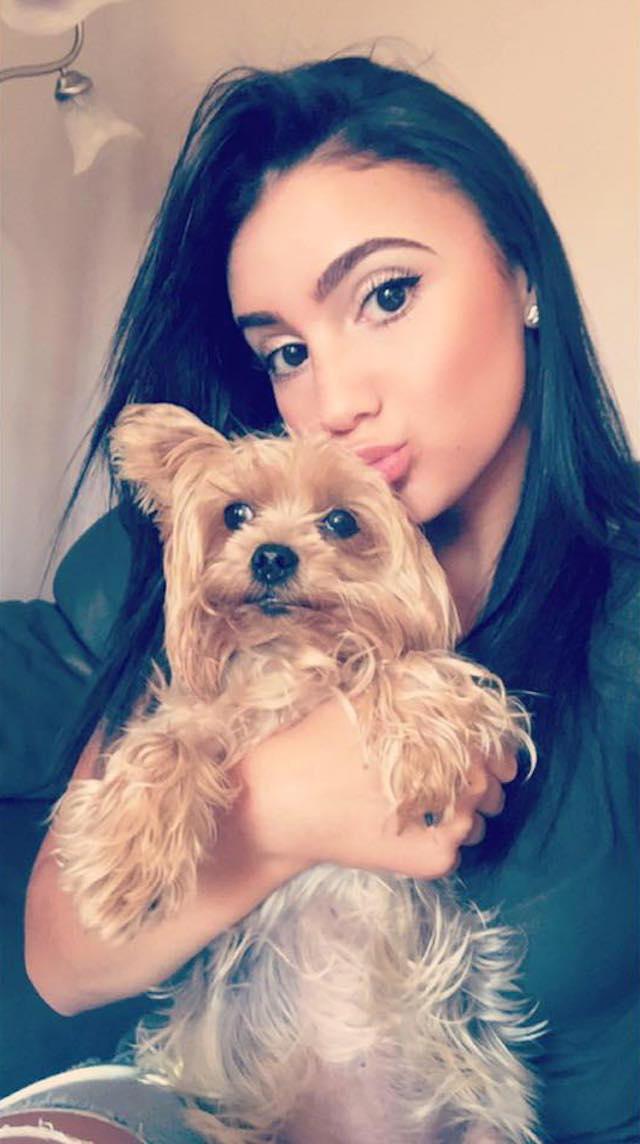 Alina Sheykhet with her dog

Darby appeared before a South Carolina judge Wednesday morning and charged with criminal homicide. He pleaded not guilty, also denying the charge that he raped a different ex-girlfriend earlier this year outside of Pittsburgh.

Alina's friends have spoken to The Tab to describe their pain of losing "the sweetest person ever."

"Alina was one of the most beautiful girls I ever got to know inside and out," Elizabeth Sheeley told us. "She was an absolute kid at heart who put others before herself every chance she had.

"She was the funniest person to do just about anything with, she seriously made everything fun and everyone smile around her. She was a kind and generous friend, daughter, sister, aunt, and stranger to those who didn't get a chance to meet her. She deserved so much better than this and deserved a full life and it's so sad to see someone rip that away from her. She's going to be very missed.

"I don't even know what else to say, nothing I say can really even begin to explain how amazing of a person she was and just how devastated all her friends and family are. There are just no words."

There's no bigger heartbreak than a friend being ripped from this world too soon by someone too evil for this world. Rest easy Alina. Wish I had a chance to say goodbye and I'm sorry. #justiceWILLbeserved #justiceforalina

"She danced for years and sang with an incredible voice," added her roommate Zach Brandner. In an interview with The Tab, he said: "She was really good at gymnastics and was in the Outdoor Adventure and Community Service at Pitt Greensburg. She loved getting her nails done.

"Alina was my very best friend. I’ve known her since freshman year of college and she always saw the best in everyone. She never judged you for being you and she was just the sweetest person ever.

"Every day I woke up I was thrilled because I got to live life with my best friend. Alina was full of energy and full of life. She was so excited to be a mom one day. She talked about it all the time. That’s one thing she really wanted. She would have made the best mom in the world. Alina was a beautiful person and I am incredibly grateful and lucky to have had her in my life."

Heartbroken that this happened to such a beautiful, sweet, and innocent girl. You are loved Alina. Praying for the Sheykhet family??❤️??

Thoughts and prayers to the Sheykhet family ❤️ Such a sick world, rest in peace Alina ?

My heart is heavy today. The world is an unforgiving and evil place. Rest In Peace Alina and sending my prayers to the Sheykhet Family. ??

I’m stunned. My thoughts are with the Sheykhet family and you will be missed Alina. Rest in peace❤️?

"I lost my beautiful princess," Alina's father told reporters. "I don't know what else to say." Her funeral was held at noon today.

Darby was a student at Pitt until he dropped out last month. He was not granted bail ahead of extradition to Pennsylvania. He faces charges of criminal homicide, burglary, flight to avoid apprehension, theft by unlawful taking and possessing instruments of crime.