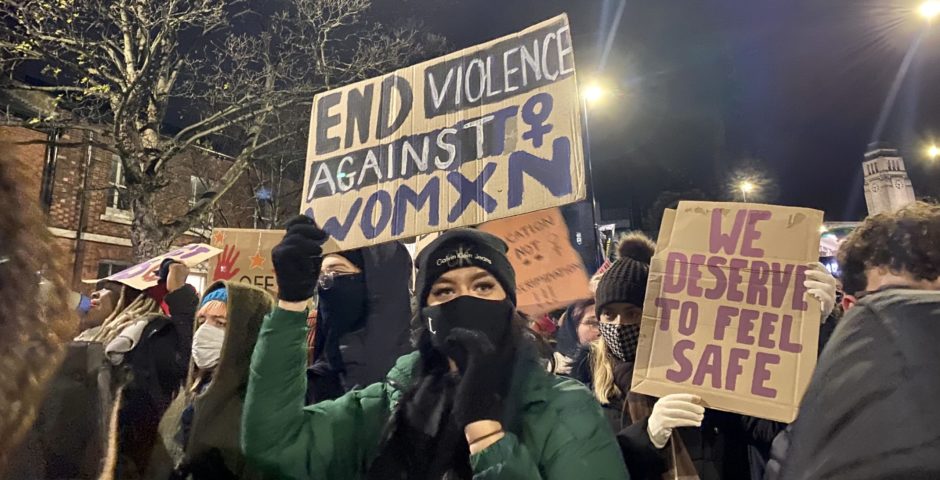 Shouts of: ‘say it loud, say it again, no excuse for violent men’ echoed through the streets of Leeds

On Saturday 27th November, hundreds of people marched in the bitter cold weather from Woodhouse Moor to Leeds Town Hall to mark the 44th anniversary of the Reclaim the Night marches in Leeds and across the country.

The march began at around 9:20pm outside the Queen Victoria statute in Woodhouse Moor. Lead by the event organisers, the protestors marched along Woodhouse Lane and past the Parkinson Building, chanting in unison with placards and megaphones to solidify their cause.

Shouts of: “say it loud, say it again, no excuse for violent men” and “no more violence, no more rape” echoed through the streets of Leeds. 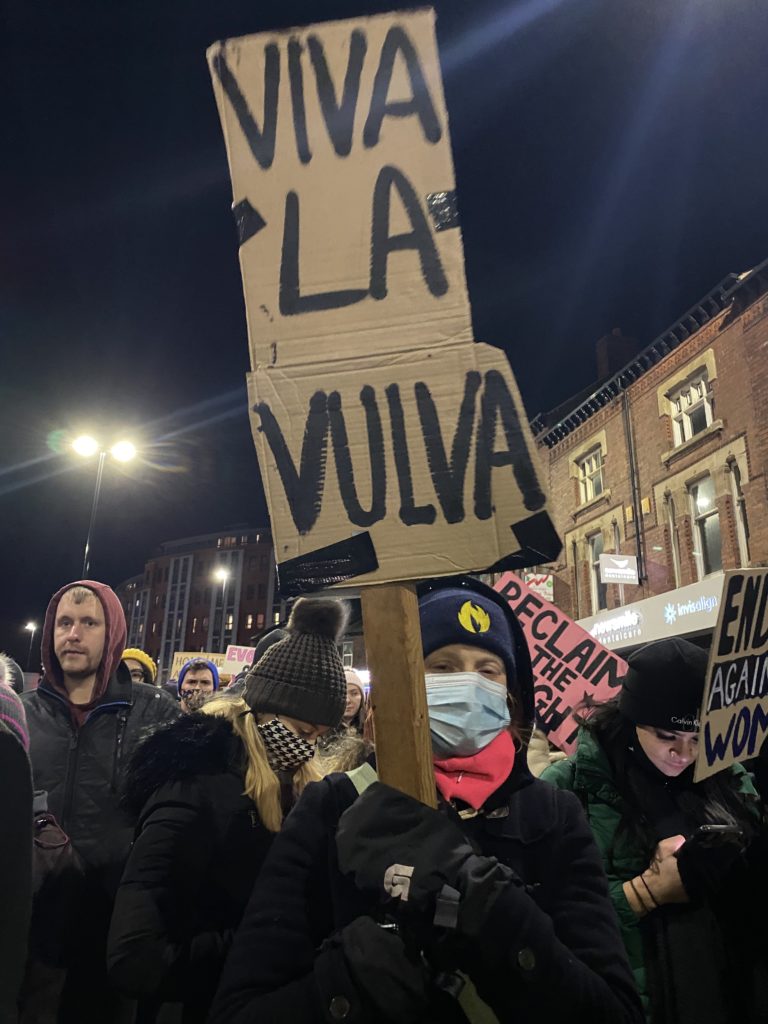 As the protestors walked further into the city centre, their calls were met with anger from groups of drunk men, who shouted homophobic and misogynistic slurs and abuse at them as they passed by.

In addition to this, some male students completing the Otley Run started joining the crowd and shouted football chants. In defiance, the protestors shouted louder and didn’t seem startled by the opposition.

The protestors were guided across the roads by the police and their placards read statements like “we deserve to feel safe” and “end violence against women.”

There were a number of men attending the march, and some passers-by did clap for the protestors and express support. However, the presence of men was small in comparison to women, and there weren’t really groups of men attending the march. Men that attended were typically alone or accompanied by women, illustrating that female activism still has a long way to go in terms of intercepting in male-dominated spaces and communities. 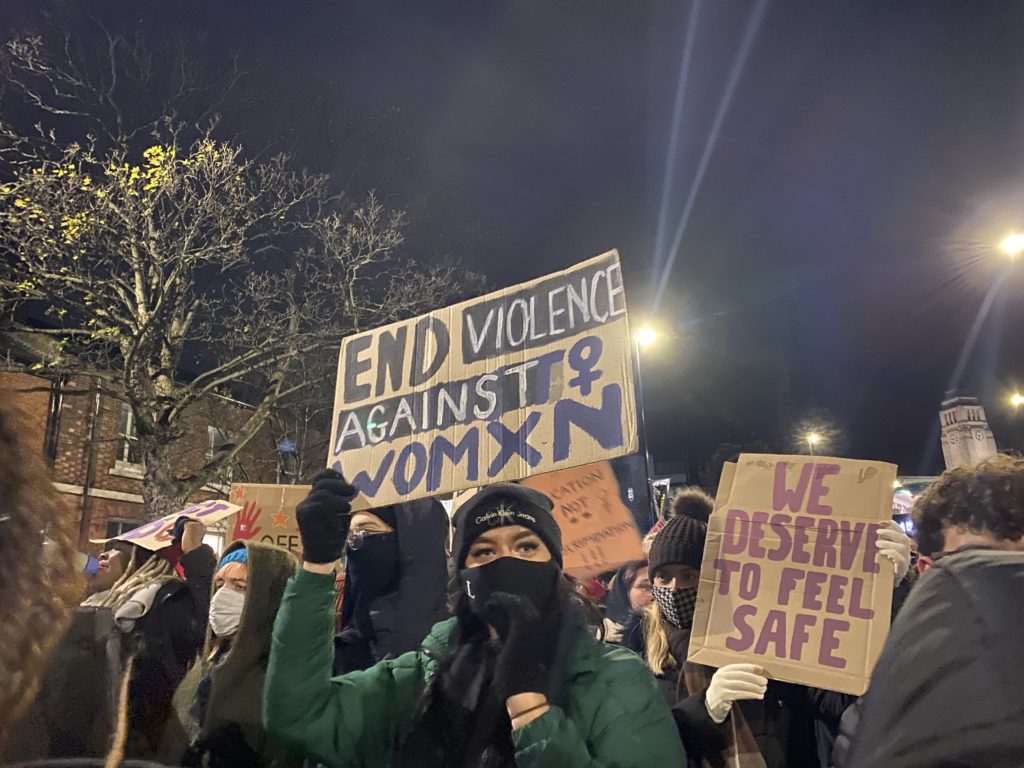 Placards held by the attendees 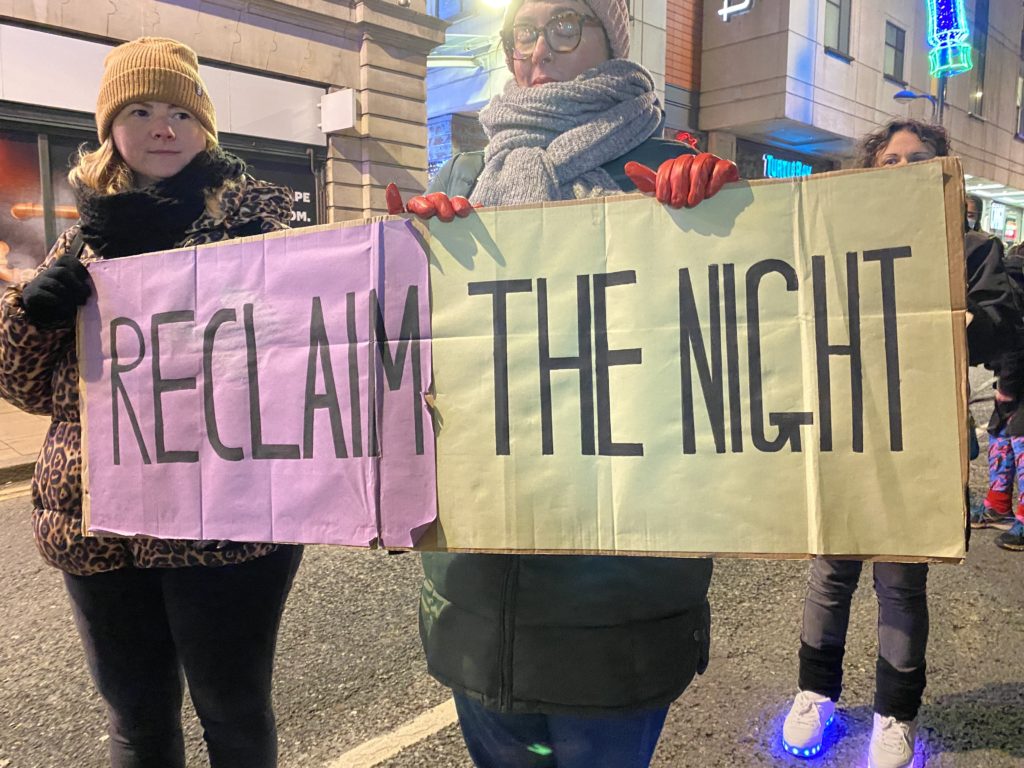 The weather grew colder along the march, but from Merrion Street to the Headrow and finally the Town Hall, the protestors chanted louder and louder and more people had joined along the route as they reached their last stop.

At around 10:20pm the protestors reached the Town Hall and speeches and spoken word performances were given. The speakers included Miranda Arieh, an award-winning mental health coach and activist from Leeds, who has campaigned for spiking prevention across the country. She closed her speech with this: “Men, if you close your eyes and imagine you have a daughter, if she’s dating someone like you and it scares you, CHANGE!”

The next speaker, Natasha Fowler-Ekar, an equality and liberation officer at LUU, made some very impactful statements: “Too many years of this, too many times we’ve cried and nobody’s listened” and as a woman of colour, she was “scared that if I died, people wouldn’t listen to my mum’s tears” in response to the poor reaction to Sabina Nessa’s death in comparison to Sarah Everard’s earlier this year.

The last speaker was a spoken word poet from LUU Spoken Word Society, she touched upon the treatment of women in her favourite books and stated that “even Greek God’s shackled women” and that “we were never damsels in distress needing to be saved.” 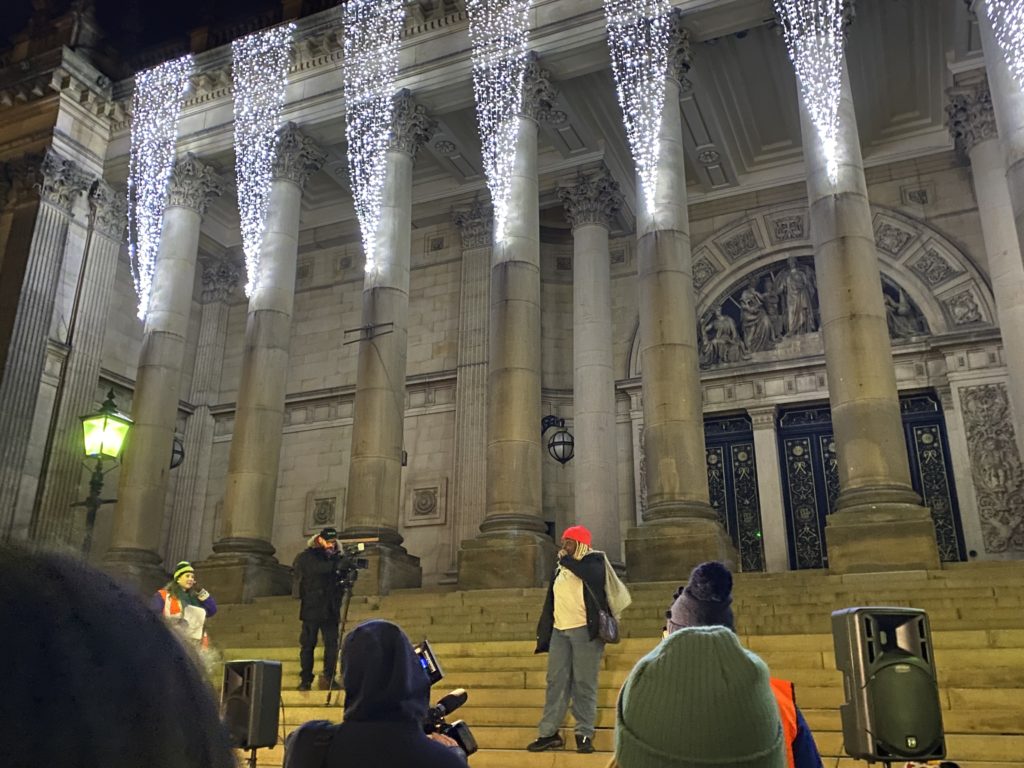 Natasha giving her speech at the town hall

Finally, the attendees made one minute of noise with pots and pans and clapping to commemorate the march. Some even started dancing and smiles were seen all around – so many people had united to reclaim the night in Leeds that evening.

Alice, a first year English student told the Tab Leeds that: “It’s so important to attend these marches as they stand up for the safety of women. I felt like part of a community when we marched across the streets of Leeds – it was exhilarating.”

Martha, a second year history student also stated that: “The turnout was amazing, I’ve never attended anything like it and will definitely be attending Reclaim the Night’s events in the future.” 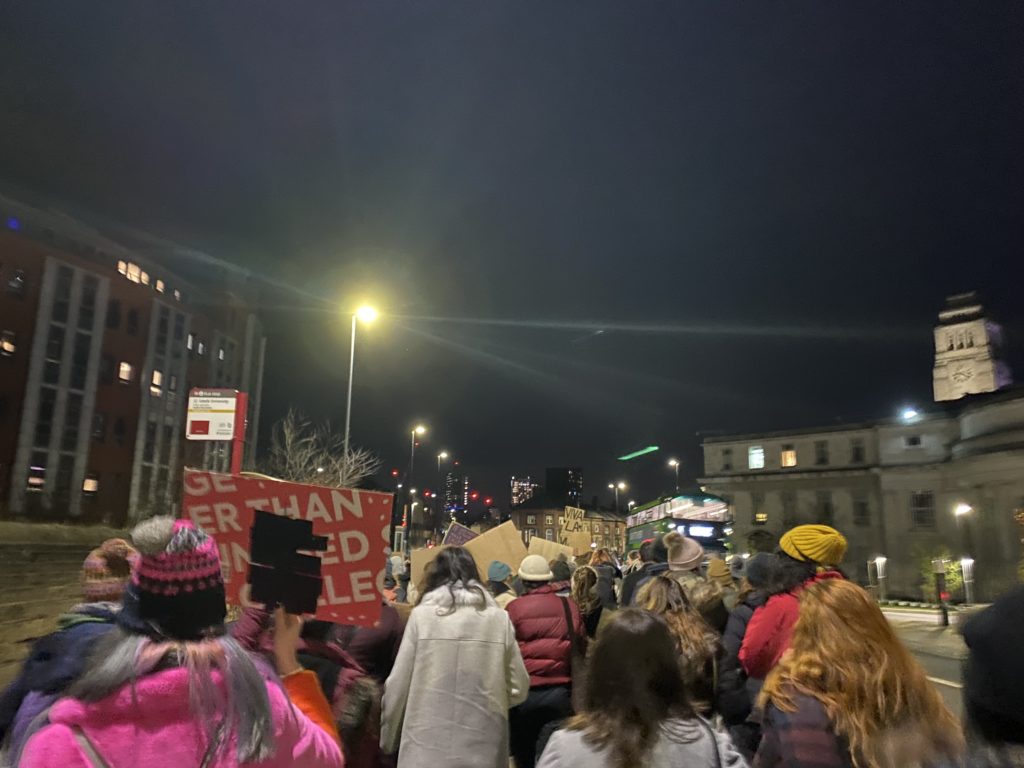 Reclaim the Night (RTN) has a particularly special history in Leeds, as the first march in 1977 took place here due to the fear and harassment women were subjected to by the notorious Yorkshire Ripper and the police response at this time. The police advised women to avoid walking alone or at night to combat the problem, but Reclaim the Night marched in response to solidify women’s right to walk at night without fear and reclaim the streets as their own.

In the present day, Reclaim the Night marches take place across the country and the Leeds branch have previously organised the Reclaim Headingley Stadium Alleyway protest, in addition to vigils for Sarah Everard and Sabina Nessa. Reclaim The Night are at the forefront of campaigning for women and non-binary people’s safety in Leeds.

On their Instagram, Reclaim the Night stated: “A massive thank you to everyone who attending the march last night and an even bigger thank you yo everyone who helped organise it. We estimate that 250 people were marching to reclaim the night and end sexual violence. It was incredibly moving, empowering and emotional. We look forward to an even bigger march next year, especially for our 45th anniversary!”