The University is investigating it as a ‘serious matter’

A King’s student has denied allegations of racism after posting a TikTok in which she claims to have posed with a black girl to be featured in a school prospectus.

The now removed TikTok was circulated widely online after the University tweeted its support for the Black Lives Matter movement.

The caption reads: “Did I intentionally sit next to a black girl during a school photoshoot because I knew they would publish those pictures to show that they had ‘diversity’?”

The camera then moves to show a photo of the King’s student alongside a black girl in a science lesson while she mimes the lyrics: “Yeah, I did, yeah I did”. 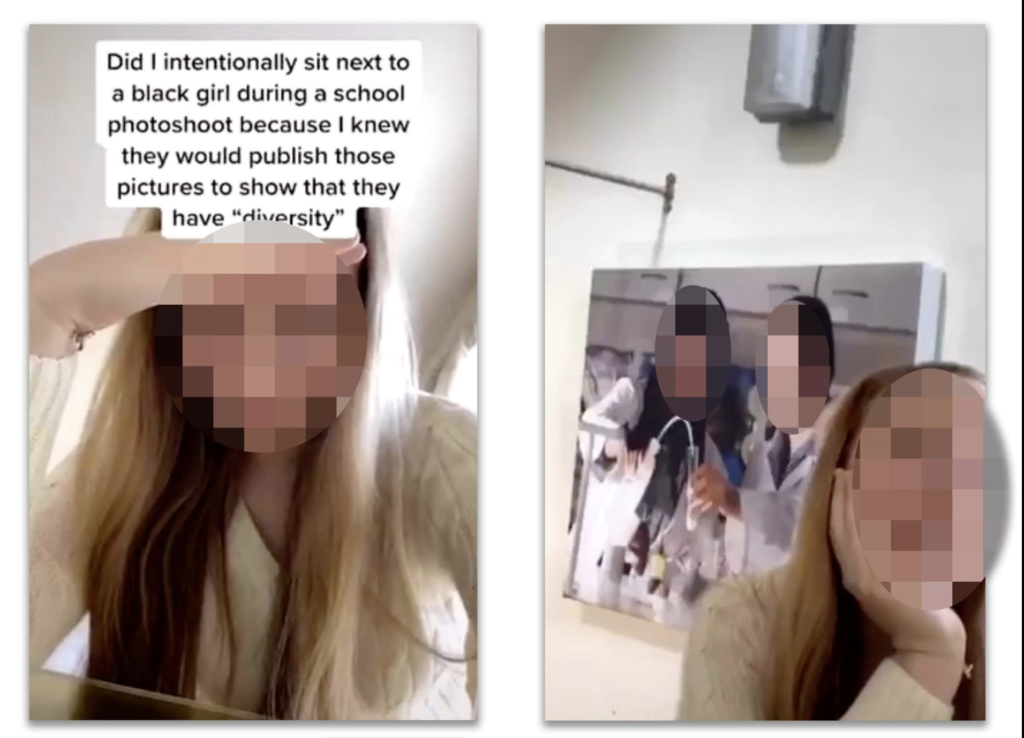 The student told The King’s Tab “there has been a huge misinterpretation” of the video, and claims she was trying to highlight her school’s problem with diversity.

“From Twitter, I can see that people are outraged because they consider it racist,” she said.

“However, I personally find that these accusations are false because my intention was to highlight how private schools deal with ‘diversity’.”

“I am currently in contact with King’s and we are trying to resolve this absurd situation.”

King’s has said it is investigating the video as a “serious matter.” A spokesperson tweeted: “We do not tolerate racism or any form of prejudice or discrimination levelled at anyone based on their skin colour, ethnicity, or religion.

“Such behaviour is subject to our misconduct. We are looking into this serious matter.”

This is the latest in a string of racism accusations aimed at uni students, including incidents at Exeter, Bournemouth, and Chester.

Earlier this week, another King’s student was similarly accused of racism after a photo of two boys mocking George Floyd’s death was posted to his his Instagram story. The student claimed that his Instagram had been “hacked”.

King’s College London has been contacted for further comment.

• Don’t let videos of US police brutality fool you, the UK is just as racist