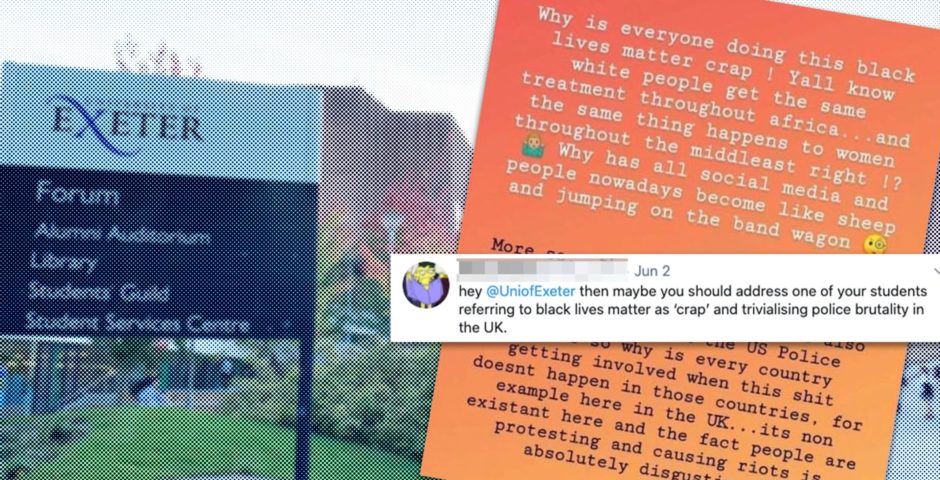 He’s been accused of ‘trivialising’ police brutality in the UK

The University of Exeter is investigating allegations a student “trivialised” police brutality after posting an Instagram story asking: “Why is everyone doing this Black Lives Matter crap?”.

In a post which also said “white people get the same treatment throughout Africa,” the student accused others of “jumping on the bandwagon.”

The post also claims incidents of black deaths resulting from police brutality are, “of an absolute minute percentage of all arrests.”

The student finished the statement asking: “Why is every country is getting involved when this shit doesn’t happen in those countries,” he claimed police brutality is “non existent” in the UK, and branded the protests “absolutely disgusting.” 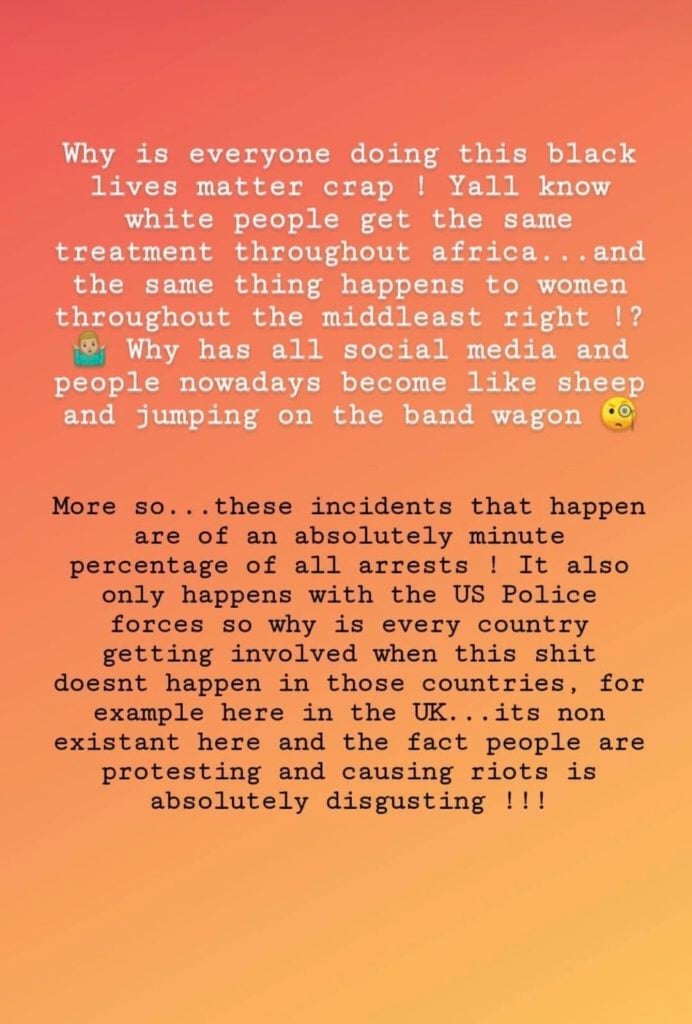 The student has since apologised for posting the image, and told The Exeter Tab: “I would like to note that in no way am I saying that Black Lives Matter is crap, I was referring to why everyone feels the need to post about it!

“I apologise that my statements may have been taken the wrong way, but I am very much against racism and don’t believe it has a place in this modern day society.

“My girlfriend is Romanian and she sees racism every day from general life so I am very supportive of the movement as I have seen it first hand!

“Please accept this huge apology and in no way was it mean to devalue this worthy cause to fight racism across the globe.”

The images were shared on Twitter by another student after the University tweeted its support of the Black Lives Matter movement.

“Hey, @UniofExeter, then maybe you should address one of your students referring to Black Lives Matter as ‘crap’ and trivialising police brutality in the UK,” read her tweet.

The University has since responded, stating that they will investigate the issue further.

• Social bubbles and temperature scanners: How unis are planning to open in September

• These are the celebs attending the Black Lives Matter protests