The image was taken from the internet, not by the student

A photo posted to a Master’s student’s Instagram story mocking the death of George Floyd was the result of hacking, he has claimed.

The image, captioned “George Floyd Challenge” shows two boys, one kneeling on the other’s neck while both are smiling.

The identity of the boys pictured is unknown, however, the image has been circulated on the internet prior to it being posted. 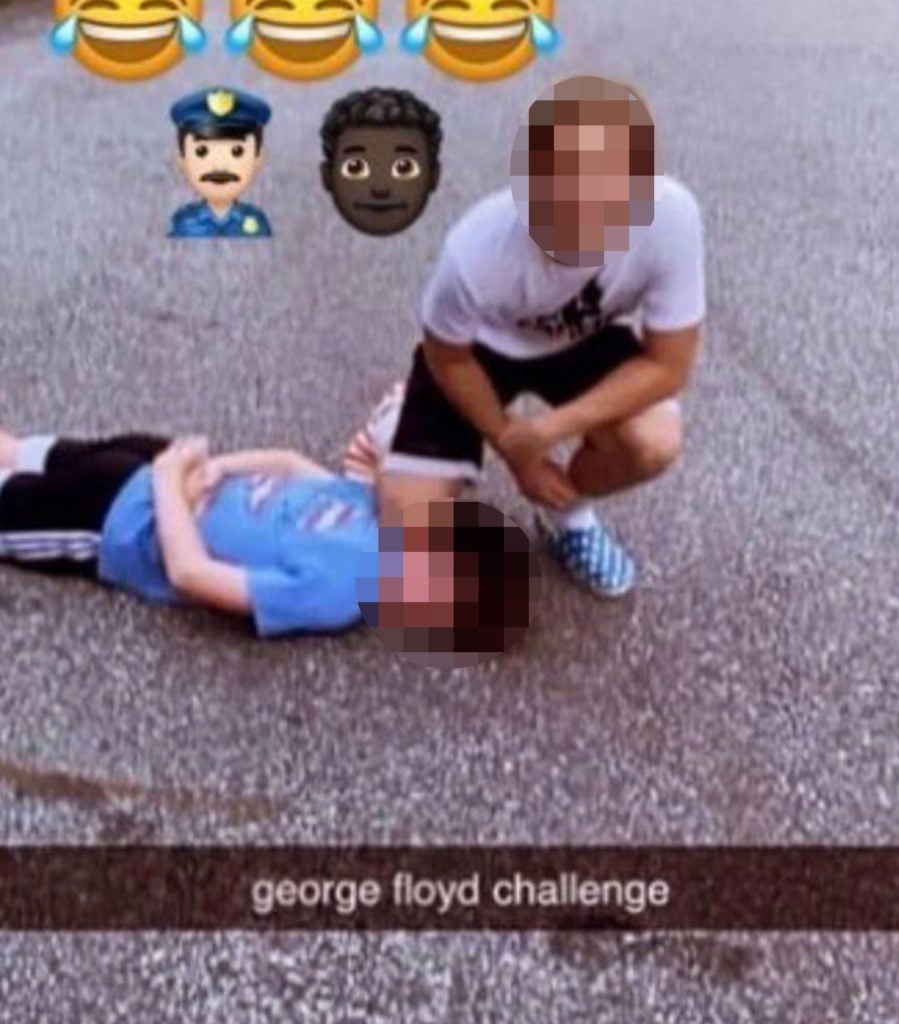 The student told The King’s Tab he did not intend to post the image and was hacked.

“This is completely ridiculous,” he said. “My Instagram account has been hacked multiple times. The image wasn’t posted by me and I deleted it as soon as I saw it.”

The student’s story was screenshotted and shared widely on Twitter, with many calling King’s to investigate the student.

Tweets also show messages which appeared to be sent by the student’s account to an Instagram user who said: “You should be ashamed of yourself.”

The message in response was: “Okay you Muslim cunt. Bloody terrorist.

“I’ll fuck your family and rip you apart you low-life peasant.”

The student claimed these messages were also the result of hacking. He told The King’s Tab: “I have proof of texts from friends who called me and texted me saying they got weird messages from my account.”

The King’s Tab spoke to Meghana, a history student from SOAS, who shared the Instagram story and screenshots of the messages on Twitter.

When asked why Meghana decided to call out the student on Twitter she said: “King’s College London cannot ally themselves with BLM and then choose to ignore anyone else who are at the foot of oppression. The student must be held accountable so he recognises that interpersonal oppression does not go rewarded or unpunished.”

A similar photo posted by a group of teenagers in Gateshead was investigated by Warwick and Bradford universities.

Warwick University concluded none of the students involved with the photo were connected with the university.

Yesterday, two of the teenagers involved with the photo were arrested by Northumbria Police.

King’s College London made a statement responding to the Tweet stating: “Hi Meghna, thank you for raising this with us. We do not tolerate racism or any form of prejudice or discrimination levelled at anyone based on their skin colour, ethnicity or religion. Such behaviour is subject to our misconduct processes. We are looking into this serious matter.” 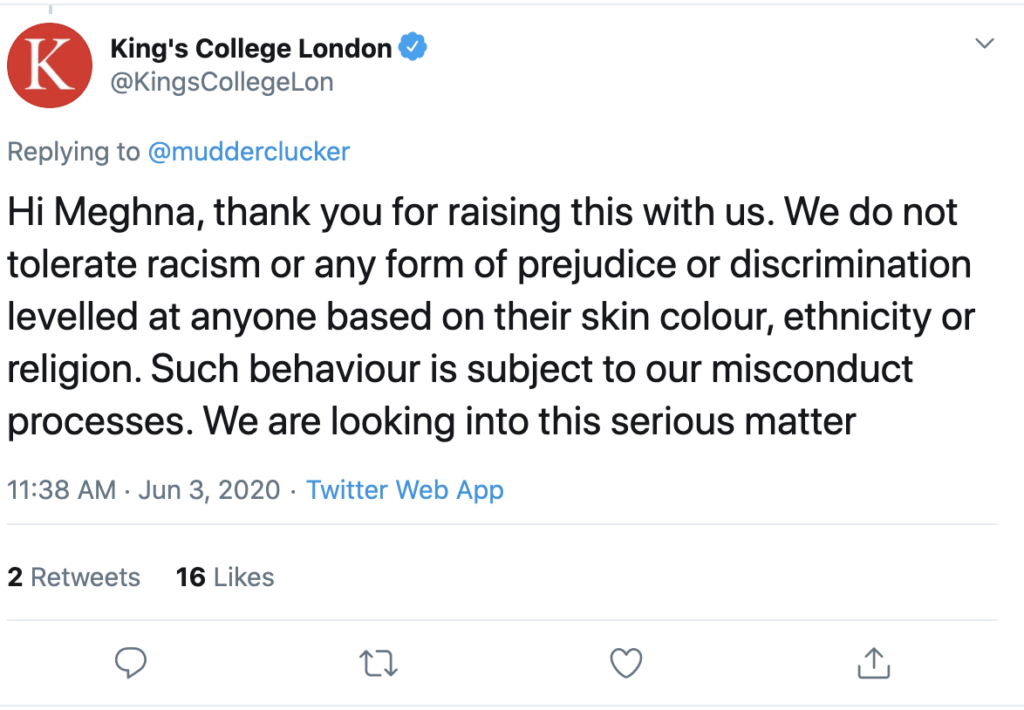 • Don’t let videos of US police brutality fool you, the UK is just as racist