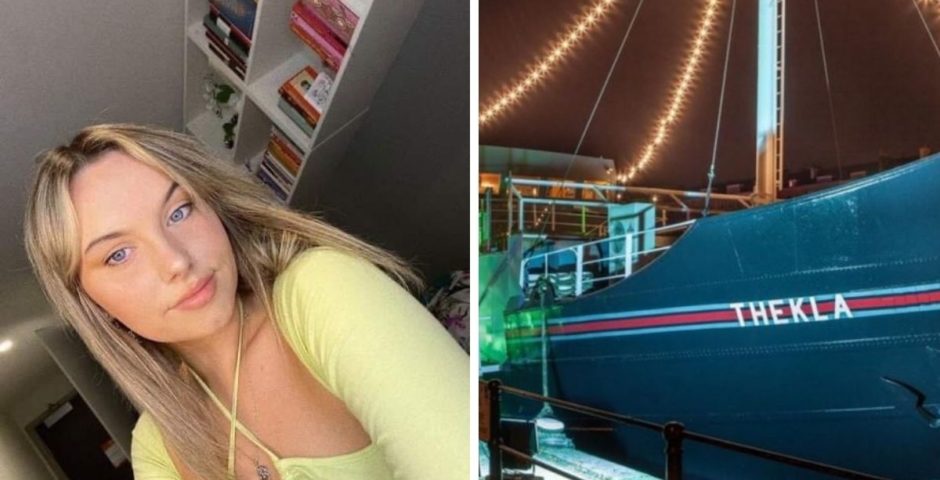 Freshers’ Week is famously a week of partying, meeting people and generally an all-round exciting experience. The transition to university is challenging and scary enough as it is, but the grim reality for many young women is that with this new chapter in their lives also comes a new environment in which they fear for their safety and the constant threat of sexual harassment. We spoke to a Bristol student who was sexually harassed during Freshers’ Week.

Reegan, a first year studying English at Bristol Uni, was enjoying a night out at popular student club, Thekla, when she was sexually harassed by a group of men.

It began with explicit sexual comments. She was told “you look like you need a good shag”, as well as comments about her chest, and entitled remarks on women being dressed up purely to impress men.

Reegan describes how the night left her “heartbroken”. She said: “I’ve never felt so powerless and worthless”.

“As women it feels like we have to just accept unwanted touching/harassment as part of our university experience.”

Reegan also recalls a huge breach of privacy, in which a group of perpetrators followed her into the club toilets, making it extremely difficult for her to escape the situation.

Whilst Reegan explained that the events described predominantly took place at Thekla, she also told us that the harassment continued later that night from a different group of men.

“At a burger van a man came up to me and told me how it feels for him to ejaculate and asked me if I’d ever come before.

“When I told him I wasn’t comfortable with it, another man grabbed my face and said he was only trying to help me.

“Afterwards he called me a frigid bitch.”

In another example that night, Reegan was “accused of being racist for rejecting a black man”, despite informing him that she has a boyfriend.

‘It’s changed the way I feel about clubbing’

Upon discussing the nights events further, Reegan stated that the experiences “changed the way I feel about clubbing”, but she “definitely wouldn’t blame the security”. Rather, Reegan feels as though the problem needs to be addressed by the “good guy” who are immersed in the “lad culture at uni”.

A spokesperson for Thekla said: “We are furious to hear that after everything that has happened in recent months, women are still being sexually harassed.

“We do not and will not tolerate this behaviour at Thekla. If this happens to you when you are out on a night out we urge you to tell us, we will always believe you.”

• ‘We never walk alone at night’: UoB students open up about feeling unsafe in Bristol