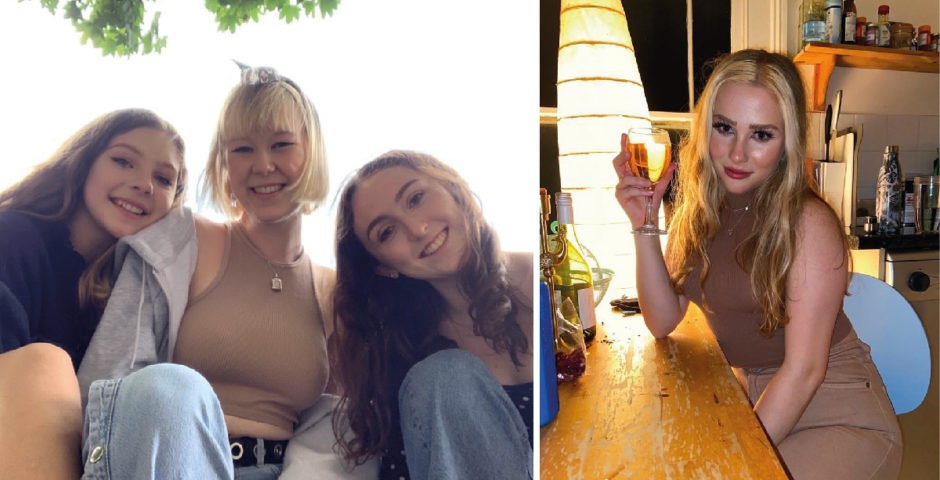 ‘We never walk alone at night’: UoB students open up about feeling unsafe in Bristol

The disappearance and murder of Sarah Everard as she walked home alone from a friends house resonated with women across the country. Vigils were held in every major city and an unfathomable amount of social media posts proved to the masses that all women have experienced some kind of harassment or assault at the volition of men.

In a poll taken by over 450 Bristol Uni students who identify as women, 91 per cent said they have felt unsafe while walking home in Bristol.

After the recent testimonies on a new website called Everyone’s Invited detailing sexual assault and harassment on University campuses across the UK, whereby Bristol University was mentioned in 37 testimonies in just one week, we are reminded that this issue has not gone away.

The Bristol Tab asked women at Bristol Uni about their experiences of feeling unsafe in our city. They proved that harassment can happen whilst alone, in groups, on the bus, or surrounded by people, and that some behaviours within the male community need to change to make women feel safer.  Here is what they had to say:

Eve, Post Grad Law: ‘I knew they knew I was crying’ 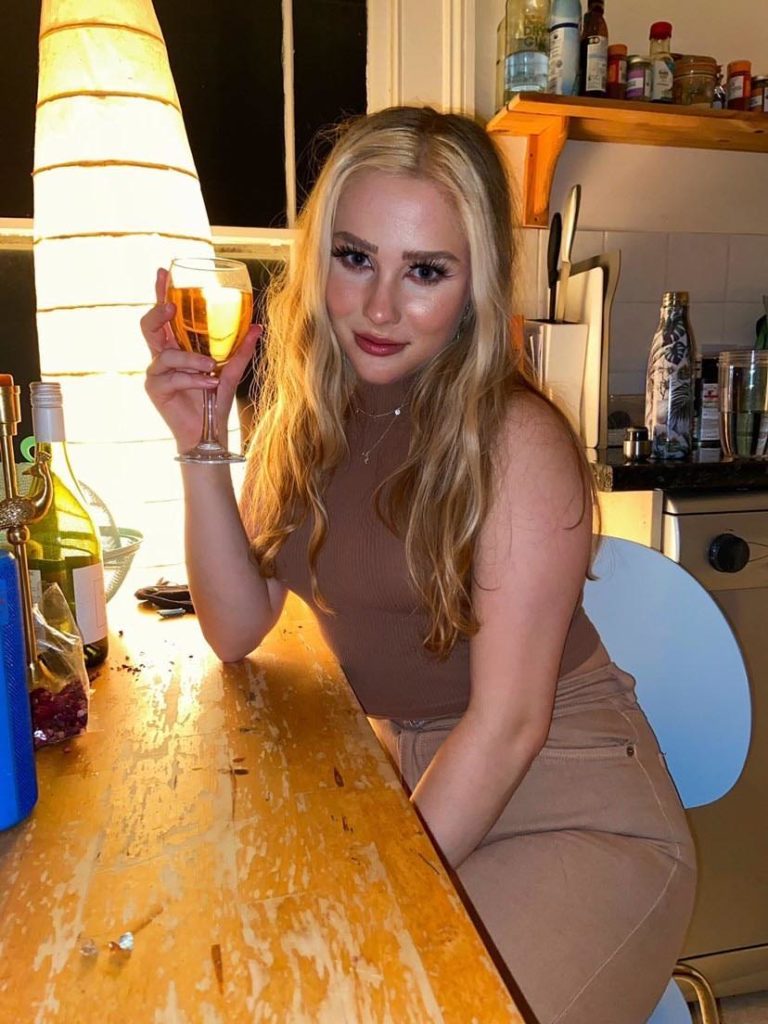 “I was in Lola Los in first year and the boy I was seeing had just broken things off in the club, so I was quite upset. There were two or three boys who had been all over the girls in the club and, because of the breakup situation, I started to get teary in the club. I was only in Orchard Heights in first year so I thought I would just leave and quickly walk the 5 minutes back.

“When I left the club the boys left too and started shouting at me. I know from previous annoying experiences in the club that they were from UWE so when they started following me I hoped they were just doing it to get the bus, but obviously that wasn’t the case. They were shouting at me and I was already upset from other events so it just heightened the situation and I knew they knew I was crying.

“I ended up trying to call different people to get them to come get me but no one was picking up. They just kept getting closer and I was scared so I ended up running down Park Street this crying mess.

“I ran into diamond kebab because I saw it was the only place that was open and there were people in there. This whole experience was in the middle of January exam time so not many people were out and about in the clubs, so when I was being followed it was quite empty.

“When I got into diamond kebab this LOVELY boy and girl who were in third year at the time – I never caught their names – picked me up and wiped my face and ended up walking me back to Orchard Heights and sitting with me in the foyer until I stopped crying and had calmed down”.

Liu, Economics: ‘I press 999 in advance if I feel the situation is not right’

Liu told us about a time where she was studying late at the library, and a bus driver, whom she trusted to take her to her stop safely, asked for her phone number and asked her out. She was alone on the bus.

“At first, I asked him the departure time, and he didn’t tell me. Instead, he kindly asked me my phone number and name and said ‘I can text you once the bus will depart’.

“Then, he started going one step further. He offered me to go out with him – even not using the word “offer”, he wanted to “take me out”. I was so confused and double-checked what he meant by that. He gave me some options – parks, restaurant or his house.

“My English is not good at that moment, but I can feel his intention. I got off that bus as fast as I can. After that, I called 101 tell them his phone number; I contacted First Bus as well, to report him – the First Bus said they will take action, like suspension or change his shifts time.

“That is the reason why I was so scared walking that short distance to home. I can’t do it – I run; I tried to get home before the sunset; I memorised the 24-hour consular protection and assistance phone number of our country embassy in the UK; I press 999 in advance if I feel the situation is not right. Moreover, the lesson I learnt is never give a stranger phone number”.

“A few months back after having dinner in Clifton with my boyfriend, we were walking back to his flat when a man, much older than us, was walking towards us.

“As he was about to pass he stopped, stared at me, looked me up and down and licked his lips. The fact that things like this happen at all is vile, but this is even when my boyfriend was with me!

“My boyfriend shouted at him and he quickly walked away. It made me upset, angry and sick to my stomach that as a human being I can’t just walk home without a vile incident such as this one happening. No wonder women never feel safe to walk alone!”

Polly and friends, French and Italian: ‘I always pretend to be on the phone when walking alone’ 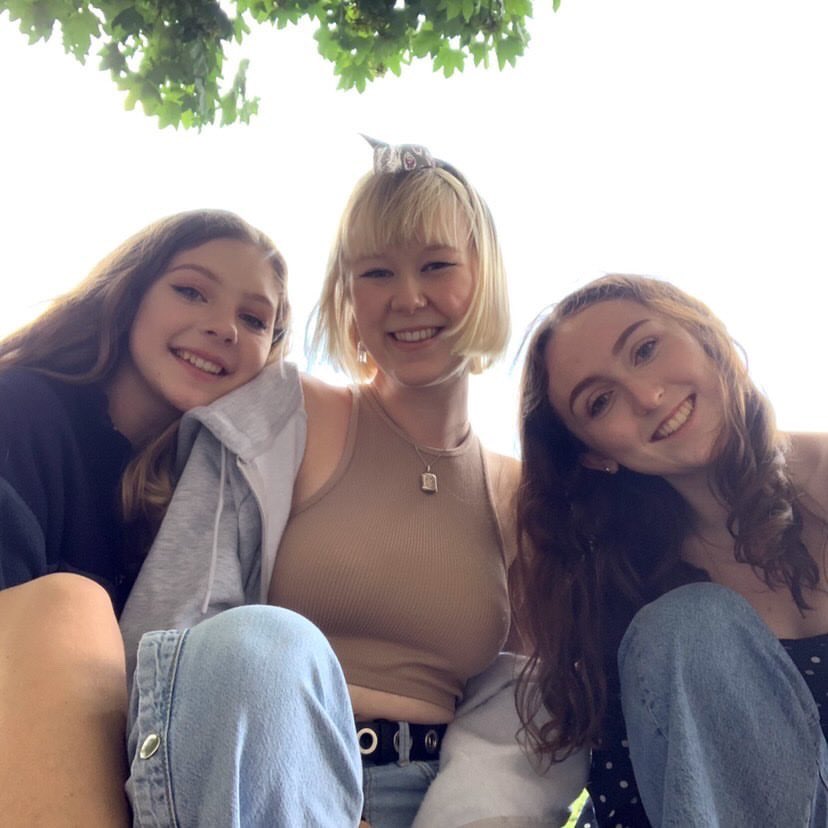 “Myself and two other girls were walking home from a Christmas event in Clifton last year at about 9pm. We were walking down a path in the centre of Clifton, and a group of men (maybe 5 or 6 of them) all jumped out from behind a bush and started yelling at us. This was super scary as it was pitch black, it felt like they only did it for the fun of scaring us.

“It left us super shaken, we sprinted all the way back to the main road and we were still really scared they might be following. We never walk alone at night anymore, especially in Clifton- this has really stuck with us especially since there were three of us so we weren’t expecting to be targeted.

“On top of that, the only other time we have been in Clifton at night, my friend and i got followed down the pavement by a slow-moving car full of men- once again we sprinted away.

“Personally, now i always pretend to be on the phone when walking alone to deter men from approaching me, especially at night. I know that these incidents have really stuck with my friends too”.

Rue, MSC Social Work: ‘I was fortunate to be around a lot of people and could use them to stay safe’

“I was at the Harbourside in Bristol centre and a man started following me. I was unsure so I stopped walking and he stopped and was watching me.

“I sat down and just stared at him. We were in a busy public place so I felt I had a safety blanket of other people. After a while he walked off. I was fortunate to be around a lot of people and could use them to stay safe.”

Rosa, History Graduate: ‘It scared me that he knew he could scare girls because he was a guy, and was in a group, and it was late’

“I was walking home from Beacon House last year (2019/2020) up Whiteladies Road. I had stayed to do work in Beacon late and it was about 10 when I walked the short route home. I was walking alone down the pavement and walking towards me was a big group of male students. I moved over slightly when I saw them and looked straight ahead so as not to catch their eye.

“As the group of men passed by one of the guys stepped out of the groups way right into my personal space and so that he was directly in front of me. He yelled something really loudly and angrily right in my face and then laughed, they all laughed and he dipped back into the group and the group carried on past me.

“It happened really quickly and I don’t know what he even said, but it was really obvious to me that he had intended to scare me, that he knew it was dark and I was alone.

“Being yelled at by strangers with no provoking is scary enough, but it scared me more that he knew he could scare girls because he was a guy, and was in a group, and it was late. It just made me feel that this guy who I didn’t know was really aware of the ‘power’ he felt he had in that situation, enough so as to purposefully scare me for his fun.

“Now groups of men in general scare me, because of this and other past incidents. I’ll cross over so as not to pass close to them. I’ll purposefully turn my face and body away when I pass male groups like I’m looking for someone so they can’t get a good look at me. I try and hide my body behind a jacket or tote bag so they can’t objectify me so easily, I feel like I wish I could walk around completely invisible to the men around me.”

Nida, Law: ‘As an international student, I’d have no immediate family to call if something did happen’

“In my first year I was walking up Park Street on a Friday night getting back to my accommodation – it was very noisy and crowded and I tried to hurry home to avoid the commotion. A group of obviously drunk males thought it’d be entertaining to try to block my path, taking steps sideways to match mine and laughing loudly, especially as I got more anxious.

“This may seem like a minor incident to some, but the experience of vulnerability, topped with knowing that as an international student, I’d have no immediate family to call if something did happen, made me feel paranoid and incredibly anxious.

“I’ve not walked anywhere alone at night since then. I know of many other friends who’ve been harassed or approached on Park Street in a worse manner, with little to no intervention. I hope to see an immediate initiative taken, to make such areas of Bristol safer by improving security and street lighting at night. It shouldn’t take unfortunate incidents to highlight these issues.”

• Cancelled vigil for Sarah Everard went ahead on College Green 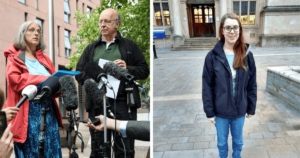