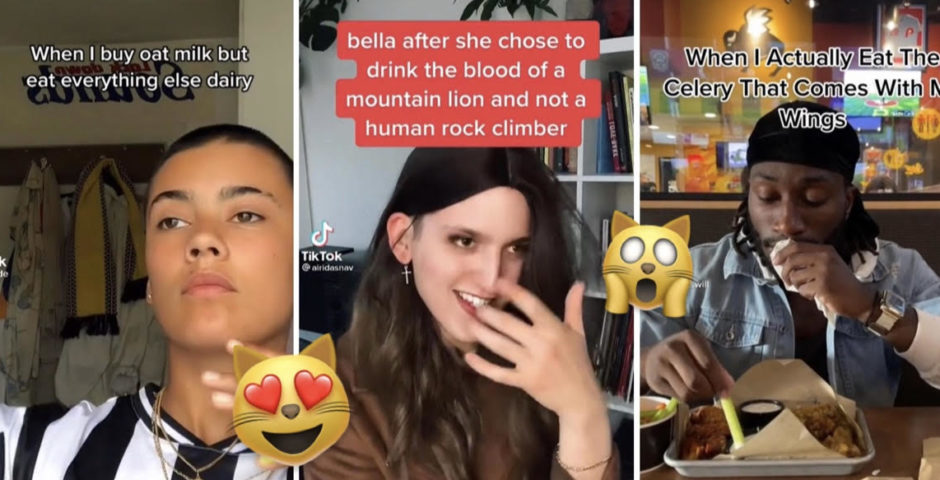 Right, where the hell is that ‘feel my vegan, vegan’ sound all over TikTok actually from?

We can’t say the other words in it here, but you know damn well what they are

People are putting the sound over them doing the tiniest contribution to vegan life. Like you know when you have a bacon sandwich for breakfast, then go for a butterfly chicken with halloumi at Nando’s and then order your latte with oat milk at Starbucks. That vibe. It’s probably the funniest sound on TikTok right now, and that’s literally not an exaggeration. Every usage gets a rise out of me, whether that’s a chuckle or a belly laugh. But where the hell is this enigmatic ‘vegan, vegan pussy’ sound from? A TV show? A real song? Well…

I mean, well, of course it is. The messiest musician in pop is probably the only person who could have spouted lyrics as manic but as genius as “feel my vegan, vegan pussy, vegan, vegan, vegan c*nt”. Yep, the brain behind 212 came up with some more lyrical genius in the form of this little ditty, that debuted on her Instagram story earlier in the month.  So now you know EXACTLY who to blame for not being able to get it out of your head.

Here are some of the funniest examples of the TikTok ‘vegan pussy’ sound. You’re welcome.

• Lady Gaga in House of Gucci is the best new TikTok sound, and these are the funniest ones

• Okay so why the hell is TikTok actually called TikTok?!