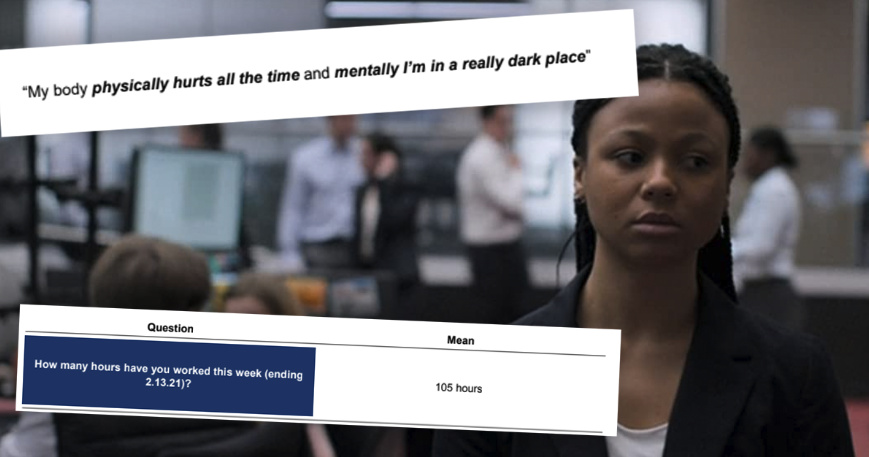 A leaked internal Goldman Sachs report has revealed the gruelling conditions for grads at the investment bank.

First year analysts are getting by on five hours sleep a night, working 98 hours a week, and saying the job is “inhumane/abuse” and “arguably worse” than foster care, according to a February 2021 Working Conditions Survey seen by The Tab.

The survey of 13 junior bankers, believed to work in the US, showed they rated, on average, satisfaction with the firm as just two out of 10, while the score for “how satisfied are you with your personal life” was just one out of 10.

Responses to the survey include:

• “The sleep deprivation, the treatment by senior bankers, the mental and physical stress…I’ve been through foster care and this is arguably worse”

• 120 hour weeks leave “four hours a day for eating, sleeping, showering, bathroom and general transition time. This is beyond the level of ‘hard-working’, this Is inhumane / abuse”

In findings reminiscent of the darkest moments of HBO’s Industry, every single grad surveyed said the hours of the job had negatively impacted relationships with friends and family. If things stayed the same, they rated the likelihood of still being at Goldman Sachs in six months as 3.5 out of 10.

Despite that, analysts gave a 4.2 out of 10 score when asked if they’d “recommend GS as a place to work to aspiring talent”.

The results of the survey can be seen in the leaked report below: 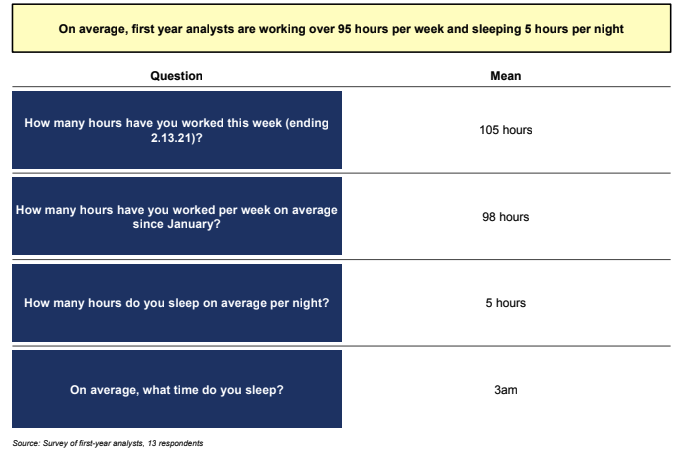 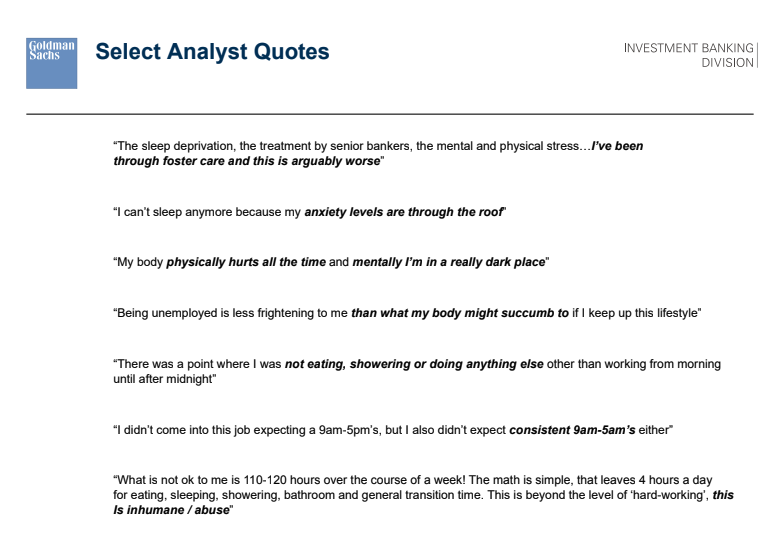 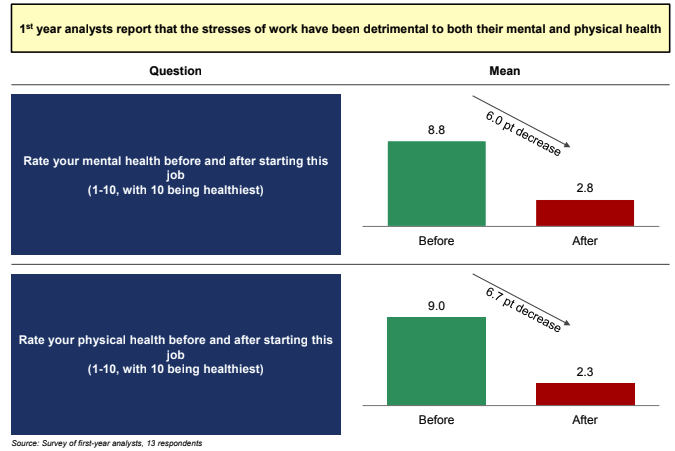 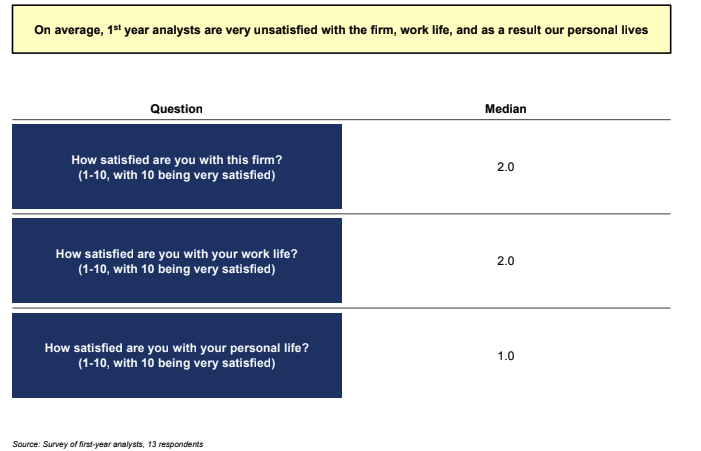 One grad said: “I didn’t come into this job expecting a 9am-5pm’s, but I also didn’t expect consistent 9am-5am’s either”.

Three quarters of the grads said the stress of the job had led them to seek help for their mental health.

“Being unemployed is less frightening to me than what my body might succumb to if I keep up this lifestyle,” one said.

Up to 250,000 students apply for jobs at Goldman Sachs each year, and company often ranks in the top 20 of The Times’ prestigious graduate employer rankings.

It has sped up hiring of junior bankers in its investment banking division since January.

Addressing the staggering findings, the report recommended that working weeks be limited to 80 hours, and that “junior bankers should not be expected to do any work after 9pm Friday or all day Saturday without a pre-approved exception”.

It added that grads are often expected to make last minute changes before client meetings, which can add “undue stress”.

A Goldman Sachs spokesperson told The Tab: “We recognize that our people are very busy, because business is strong and volumes are at historic levels. A year into COVID, people are understandably quite stretched, and that’s why we are listening to their concerns and taking multiple steps to address them.”