Marcus and Alex have a brother and sister

Netflix’s Tell Me Who I Am story is the new Abducted in Plain Sight. It’s a story so shocking, part of you refuses to believe that it could be true.

But the Netflix twin documentary is completely true. And there’s even more details that were left out that make it feel even more unreal.

In 2013, Marcus and Alex Lewis, the twins featured in Tell Me Who I Am, were interviewed by The Times ahead of the book launch of their memoir, also called ‘Tell Me Who I Am’.

The twins also have a brother and sister

Marcus and Alex’s mother and step-father had two more children: Oliver and Amanda.

Like his step-bothers, Oliver had also been abused as a child by their mother. In the interview with The Times and in the Netflix documentary, Alex says he first knew something wasn’t right about the family dynamic when he was the only sibling crying at the death of their mother.

It is not clear how much abuse Oliver suffered with Jill, but Marcus says Oliver was sent only once to a friend of Jill’s, a man called Patrick.

The children kept their abuse secret from one another growing up, and Oliver believed he was the only child being “passed around”, when actually the twins were too.

Both Oliver and Marcus received therapy because of their abuse. It is not clear if Amanda was ever abused by Jill, or her friends.

Alex and Marcus’ biological father is John Lewis. John was a salesman, and died in a car crash shortly after the boys were born. Their mother remarried to Jack Dudley, an accountant, and they had two more children. He is the man featured in Netflix’s Tell Me Who I Am story.

Alex and Marcus did not have a close relationship with their step-father, as shown in Tell Me Who I Am. They weren’t allowed a key to the house, and had to call him “Sir”. Jack Dudley called Marcus and Alex the “dim twins”, and treated them more harshly than his own biological children. In the Netflix twin documentary, the twins both claim they do not believe their step-father knew of the abuse done to them as children.

Their mother is called Jill Dudley

One of the main questions viewers were left asking after watching the twin documentary was ‘what is the name of the mother in Tell Me Who I Am?’

Marcus and Alex’s mother was called Jill Dudley. She was an eccentric character, who loved Chihuahuas and collecting antiques. In the Tell Me Who I Am story, the twins’ mother is labelled as a party girl, a woman who can convince people to do anything for her. 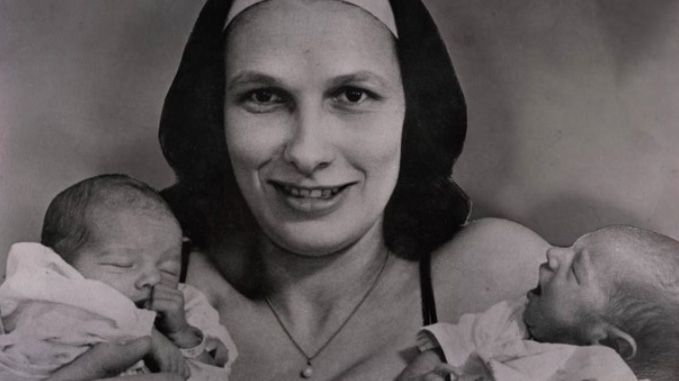 Oliver discovered the photograph of the twins naked

In the Tell Me Who I Am story, after Jill dies, Marcus and Alex start clearing out her rooms. They find cupboards full of sex toys, lingerie, unopened presents sent from family and friends for the children, lavish outfits and letters to various lovers.

What they also find is a locked cupboard in her wardrobe, which has an image of the twins naked on a beach with their head’s cut off. In Netflix’s Tell Me Who I Am story, the audience are lead to believe the twins found the image of themselves naked, when in fact it was Oliver who discovered it. According to The Times interview, Oliver handed the twins the photograph “without saying a word”.

Their mother had her own antiques stall, but also came from an extremely wealthy family worth millions

Jill Dudley had an antiques stall on Portobello Road in London, hence why she was an avid hoarder of antique collectables and titbits around the home. It was from this stall that Jill would pimp the boys out, driving them to the homes of men who were to sexually abuse her children. The interview claims that she would usually leave one of the boys with the men on their own, but sometimes she would stay to watch.

In Tell Me Who I Am, viewers are told the family are part of the aristocracy, and have friends in high places who would regularly come over for parties.

Jill Dudley was related to prime minister Clement Attlee. Jill inherited millions of the Attlee family, which she hid away in the bank.

The twins’ mother put them in care when they were babies

Shortly after marrying John Lewis, Marcus and Alex’s biological father, Jill Dudley had a psychotic episode which resulted in her having a “sexual awakening”. Jill put the twins into a care home, whilst she had various affairs with different people. Friends of the family tried to convince Jill to bring Alex and Marcus home, but Jill continued her love stories in London.

Marcus said: “She was out shagging, drinking and partying. I was very upset, she so callously abandoned us so she could get on with her lifestyle.”

Even when the boys finally returned, friends of the family made the effort to get the boys out of the house due to their mother abandoning them.

The abuse suffered by the boys happened soon after they returned to the family home.

The family home is in Sussex

Marcus and Alex grew up in Duke’s Cottage in Sussex. It’s a 16-century house, much like the one portrayed on the documentary. As children, they were forced to sleep in the garden shed, which had no heating, despite the house being big enough to house them all. 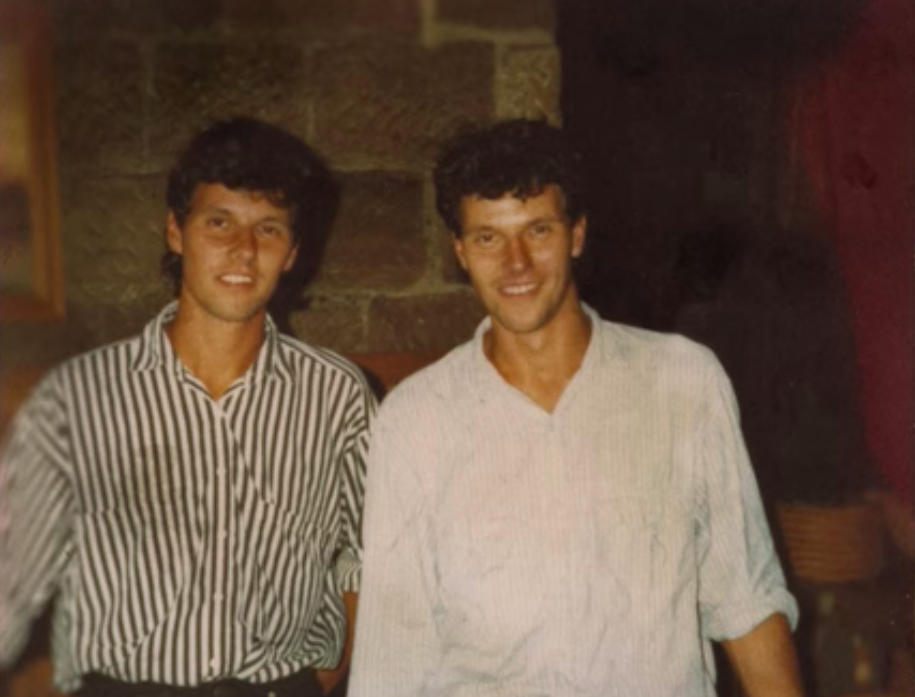 Confused about why his siblings did not react to to the death of their mother, Alex tried to find answers but was met with silence. With none of his siblings willing to speak, Alex went to a healer his mother had taken him to after his coma. During his meeting, the healer told Alex she felt there had been a sexual abuse in the family.

Marcus and Alex are dyslexic

Marcus and Alex are profoundly dyslexic. They struggled at school, and weren’t provided much support from their parents throughout education.

Both twins are successful businessmen now, owning a property company and boutique hotel on an island off Zanzibar in Africa.

What is Tell Me Who I Am about?

Tell Me Who I Am is a true story about twin brothers Marcus and Alex Lewis. Alex has a motorbike accident age 18, and when he eventually wakes up from a coma, he can’t remember any of his prior memories to the crash. He only remembers his twin brother, Marcus, who takes it upon himself to teach Alex about his childhood and experiences.

However, the picture Marcus paints for Alex – one of family holidays to France and happy memories – is not entirely true. After the death of their mother, Alex finds out Marcus hid their childhood trauma from him, that their mother had sexually abused them from a young age, and “passed them round” friends and family.

Netflix’s Tell Me Who I Am brings the brothers together to tell their sides of the story.

Tell Me Who I Am is available to stream on Netflix now.