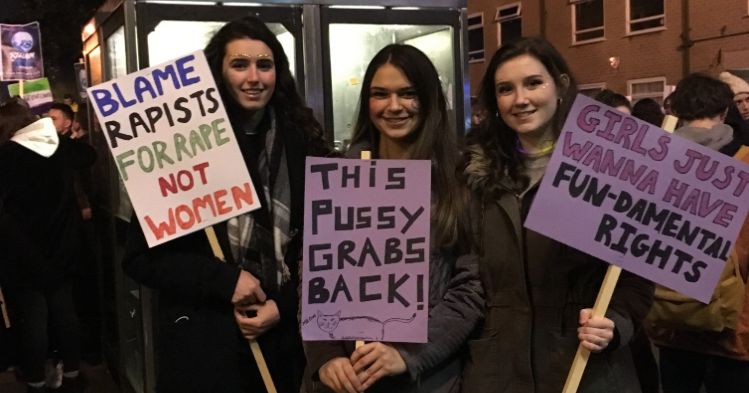 Reports of rape and sexual assault by students in the UK have increased tenfold, with Cambridge University currently in the limelight as it sees some of the highest number of complaints in the UK.

Freedom of Information requests carried out by Channel 4 News, who are currently investigating sexual misconduct on campus following the Warwick group chat scandal, show that the number of allegations made to universities each year has risen from 65 in 2014 to 626 in 2018.

The University of East Anglia has the highest number of reports, with 281 since 2014. Cambridge follows closely behind, reporting 165 incidents of a sexual nature. Birmingham comes in third with 87.

Victims have warned this is partly the result of the "black-out drinking" culture British universities generate, as seen particularly within sports societies and their initiations.

Each university wanted to emphasise these numbers included historic allegations occurring outside of campus, and as such were not a true reflection of the number of incidents that have taken place at the universities themselves.

Furthermore, not all of the complaints were formal and many were anonymous. Birmingham said they received 14 formal reports and Cambridge only 12.

As a fellow I’ve seen #rape #victims @Cambridge_Uni turned away from making #complaints, offered NO support & the Uni has failed to protect women from known abusers #TimesUpUnis ✊?

Despite this, it is feared these statistics are only the "tip of the iceberg" and worries continue about universities not being able to cope with this influx of complaints.

The increase in reporting could be a result of active encouragement from the Crown Prosecution service and police for victims to come forward, despite the number of prosecutions for rape currently at the lowest it has been for the past decade. Universities have responded, however, by saying that this increase is "positive" and showcases the improvement of awareness, ease of reporting and victim support on campus.

In 2017, Cambridge released an anonymous tool for reporting sexual assault, from which they obtain most of their statistics, in order to remove the stigma and encourage reporting. Other universities have also joined Cambridge in creating initiatives to encourage reporting and for subsequent support.

In 2018 Cambridge admitted they had a serious problem with sexual assault and misconduct. On July 1st the uni voted to adopt a series of proposed changes to the Student Disciplinary Procedures, taking on the 'balance of probabilities' to move away from the criminal standard of proof. It is one of only a handful of universities in the country to use it.

However, in a new report by Varsity, leaked emails seen by the publication suggest that a decision made by a single academic risks leaving some student victims unable to pursue disciplinary action. It could mean any incidents occurring before the 1st October, when the changes will come into place, will not be looked at through university procedures.

A spokeswoman for Rape Crisis, Katie Russell, has said many universities are making positive changes in dealing with sexual misconduct, but now they have to “take responsibility and adopt zero tolerance approach to any kind of sexist or abusive behaviour”. This comes after a Warwick student, found guilty of rape in a disciplinary hearing, was allowed to play in a Varsity match only three months ago.

Dr Emma Chapman, a member of the 1752 Group which campaigns against sexual misconduct in higher education, says universities are still not able to fully support alleged victims after their complaint. Dr Chapman said: “I have seen nothing which has increased my faith in universities to deal with the people coming forward.

“I am really pleased that more people feel able to report but I hope that trust is not misplaced or we could leave a whole generation feeling betrayed – what would that mean for the next generation watching?”

“I have seen nothing which has increased my faith in universities to deal with the people coming forward,”

As a group we are very concerned not about the increase in reports but in the ability of UK universities to support and protect those who do disclose.

Senior Pro-Vice-Chancellor for Education at Cambridge University Professor Graham Virgo said: “Sexual harassment is an issue for all universities, and for society – one in four UK women between the ages of 16 and 24 are subjected to some form of sexual violence. It is one of the most underreported crimes as a result of stigma and victim blaming attached to it.”

A spokesperson for the Department for Education said: “Sexual violence and harassment is disgusting. It can have a devastating impact on victims and is completely unacceptable – they should always be reported so action can be taken.

“That’s why we asked Universities UK to establish a specific taskforce to tackle Sexual violence and harassment and tasked the Office for Students (OfS) to work with institutions to implement its recommendations.

“Additionally, the OfS and its predecessor body have invested £4.7m to support projects focussed on tackling sexual and gender-based violence, online harassment and hate crime in higher education."

In the past five years, Channel 4 reports that there have been more than 1,600 reports of rape and sexual assault from students alone, numbers that drastically need to be changed.

• ‘Was this you’: People are tagging their mates and commenting jokes on posts about sexual assault on FSG