Special report: None of these 50 unis automatically suspend students accused of rape

In February, Karli Wagener filed a formal complaint against a male student, accusing him of rape. However, Leicester, her uni, didn't suspend him, and Karli says she suffered from PTSD and panic attacks after encountering her attacker on campus. She has been forced her to put her studies on hold, whilst he has faced "no consequences", she told The Times.

Similar things are happening all over the country. Warwick Uni have just formally apologised for their handling of the group chat scandal, after months of backlash over a lack of transparency and backtracked suspensions.

But what do unis do when students report rape or sexual assault? And what happens after that?

The Tab investigated and found that no universities automatically suspend students when an allegation is made against them.

We contacted 47 universities and asked them whether students are immediately suspended once an allegation of sexual assault or rape has been made against them to the university? And if not immediately, when?

28 responded. Here's what they had to say.

Aberdeen told us that “each case is considered individually to allow the University to determine whether suspension is justified". They may take "additional steps where students live together in halls or share classes to ensure minimal disruption to studies while a case is investigated." 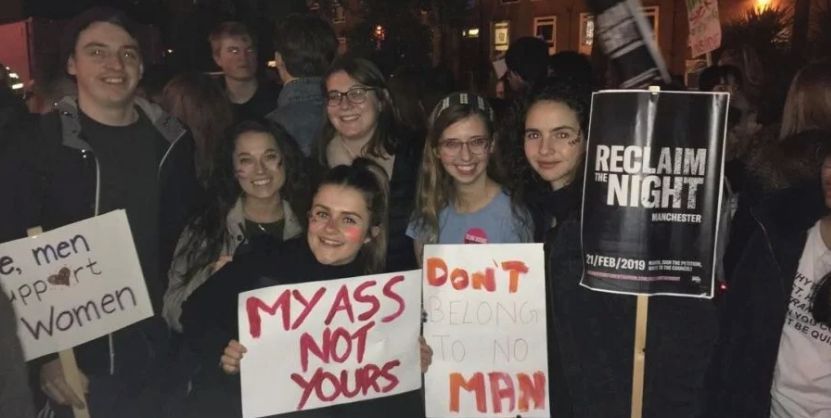 A spokesperson said that "upon receipt of an allegation of sexual assault or rape a risk assessment is conducted and if necessary, precautionary measures are instituted immediately to ensure the safety of all parties. They told us that "this may include exclusion from part or all of the University".

However, they added that "if a matter is reported to the Police, the University will not proceed with disciplinary action."

But this "emergency suspension is not a sanction – it is intended to protect members of the University’s community, including the reported party, until the facts have been established."

A spokesperson for Birmingham told us that a student could be suspended if there is "reasonable suspicion that they have committed a serious or significant disciplinary offence".

They emphasised that "a formal complaint is required to initiate disciplinary proceedings and the University must always be mindful not to take steps that would prejudice the outcome of an official police investigation."

The spokesperson for Bristol did not specify whether they suspend students who have been accused of sexual assault or rape. They told The Tab that "in cases where both parties are University of Bristol students, the University will always put a ‘non-contact order’ in place which restricts contact between a complainant and alleged perpetrator."

Oxford Brookes said: "Each case will be judged on an individual basis but the University’s procedures allow it to suspend students following allegations of serious offences"

A University spokesperson told us that "every case is assessed on an individual basis as to whether it is necessary to take precautionary action whilst an investigation is ongoing, which may include suspension. This action is considered when a student makes the report and is then reviewed as an ongoing matter."

Durham University told The Tab: "A student accused of breaching Durham University’s Sexual Violence and Misconduct Policy may be suspended, depending on the nature of the allegation and the risk posed to the students involved and the wider University community.

"The decision would be reviewed regularly, or following new information." 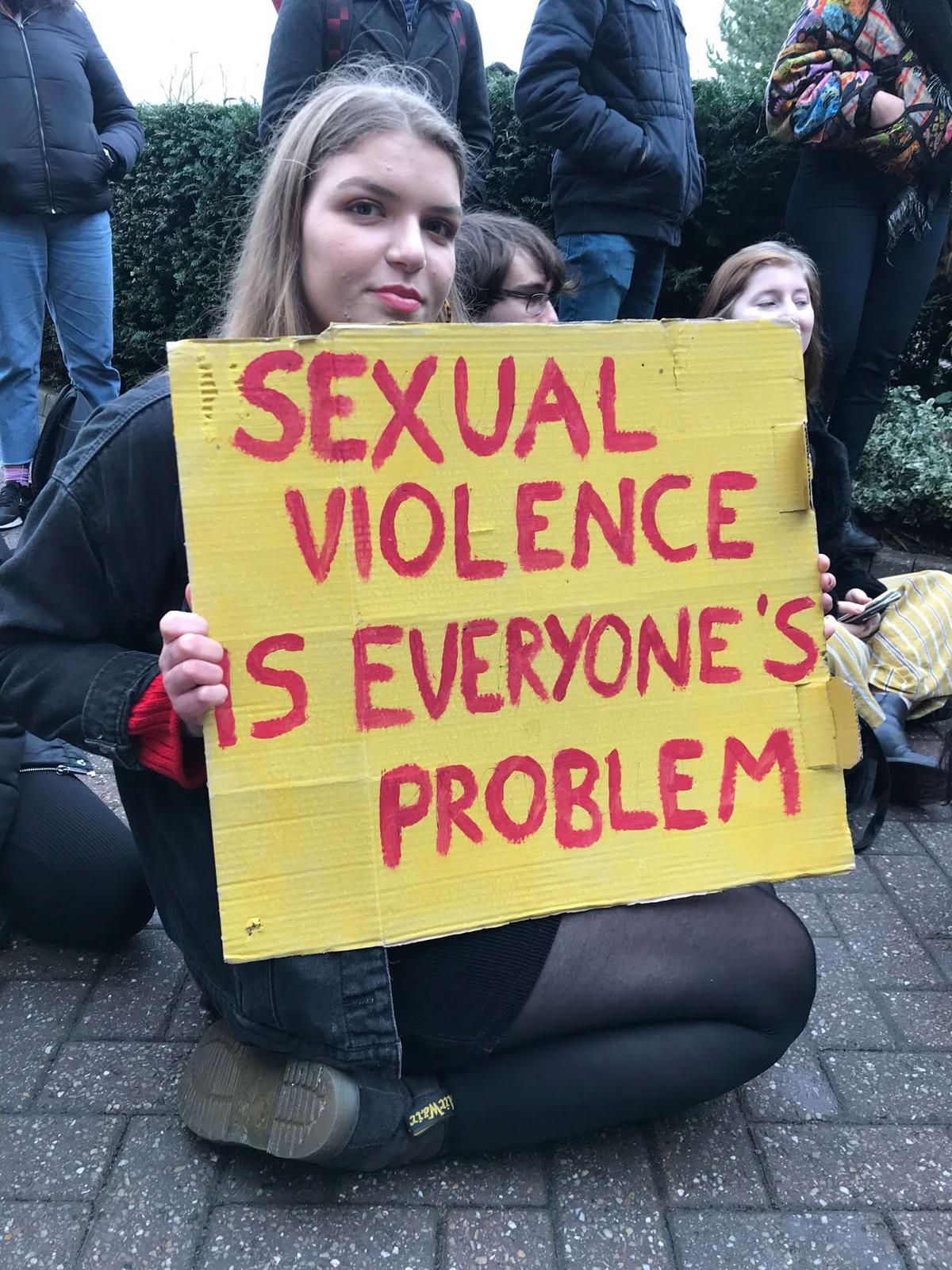 The University of Edinburgh do not immediately suspend students accused of sexual assault, but instead carry out a risk assessment.

After this, they "may take precautionary action, such as imposing a partial or full suspension on the related student until the case is concluded."

Hull told The Tab: " When a student has been accused of sexual assault, they are not immediately suspended but must sign an acceptable behaviour contract which prevents contact with anyone related to the alleged offence"

After the internal investigation has been concluded, the accused will face a disciplinary panel. The panel "then rule on an appropriate penalty which could include suspension or exclusion.”

Lancaster University's 'Response to Bullying, Harassment and Sexual Misconduct Policy' states: “The University has the authority, where an allegation is of such a serious nature amounting to gross misconduct under the relevant disciplinary rules and procedures that consideration will be given to immediate action under those procedures which may include immediate suspension from work or study under agreed procedures.”

Leicester told us that they have adopted a six step disciplinary process for cases of sexual misconduct. If the case proceeds to a formal investigation, the Authorised Officer may take action action including a "reprimand or temporary exclusion."

In response to Karli Wagener's claims, they told The Times: "We take allegations of sexual violence seriously and ensure victims are offered support and allegations investigated fully, working with police where appropriate."

Lincoln said that if a student chooses to make a formal complaint, "then the alleged perpetrator may be temporarily excluded pending the outcome of an investigation."

They added that they also "undertake a risk assessment and ensure that the safety and wellbeing of the reporting student, other students, staff and the alleged perpetrator are all taken into account."

A spokesperson for Liverpool told us that a "Risk Assessment Panel is convened to agree what measures should be put in place whilst the police investigation takes place.

“In line with national guidance, the Panel considers the specifics of each case individually and takes fair and proportionate action. This may include immediate temporary suspension.”

Loughborough University do not automatically suspend students accused of sexual assault, but look at each case individually, taking into consideration "the seriousness of the matter under investigation and an assessment of risk to others, including the victim."

A spokesperson said: "Suspension is one of a range of measures that can be put in place, including restrictions on making contact with a complainant or witnesses or in respect of access to campus."

A spokesperson said that "each case is assessed individually and appropriate action is taken as soon as possible". They added: "there are a range of measures we can implement during our investigation, including suspension.

Northumbria University evaluate the risk that the accused student poses and discipline them accordingly. A spokesperson for the university told us that during an investigation "a student may be subject to either a suspension, a restriction or leave of absence."

A spokesperson for Nottingham said that precautionary mesaures are taken after an allegation of sexual assault "include restricting campus access or excluding the accused from the University at any point depending on the evidence and police advice." They added that they "will always press for the strongest charges and penalties for offenders.” 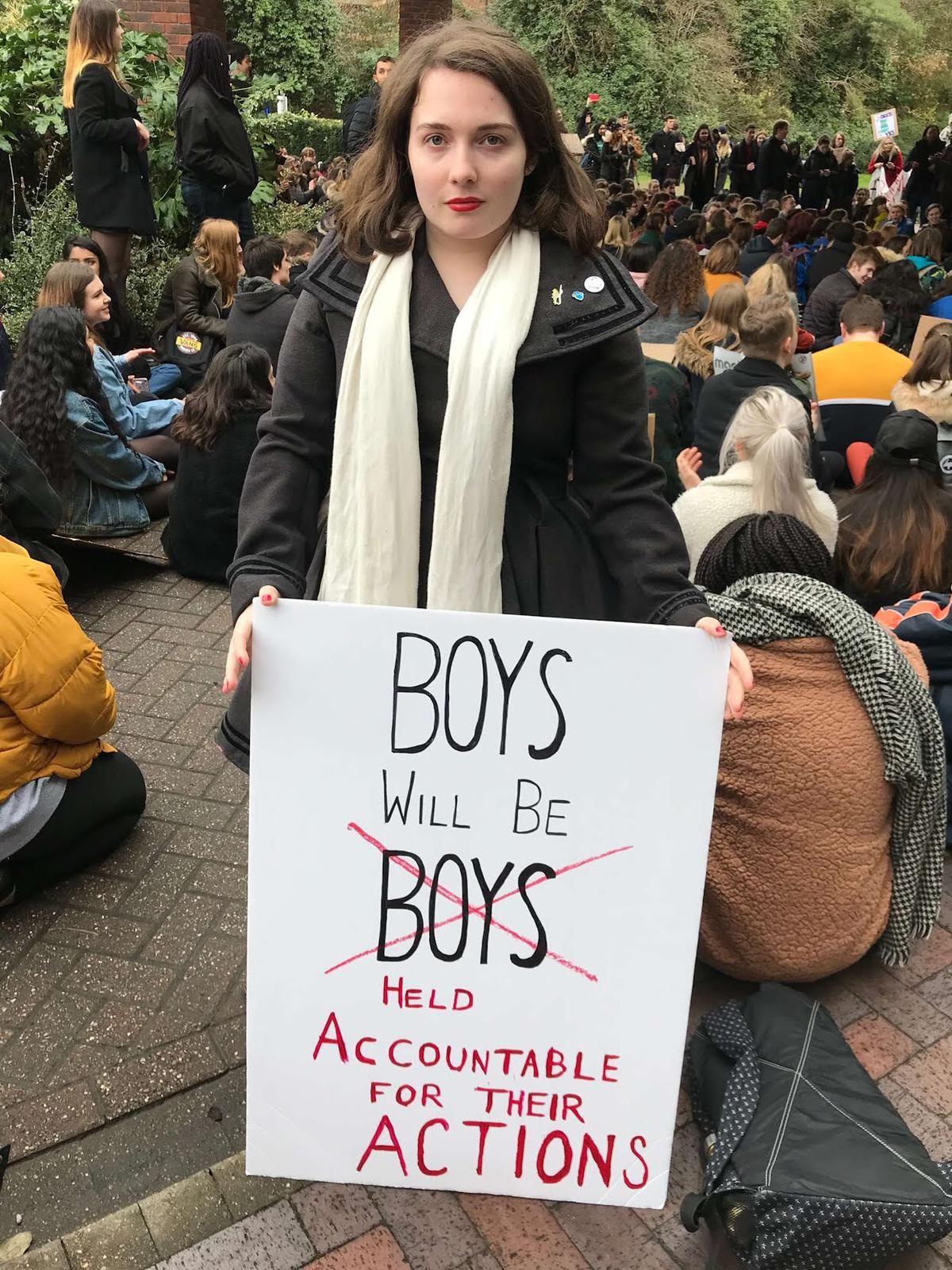 A spokesperson said: “As well as suspension from the university, we can take other action such as relocating students from university accommodation or banning them from all or parts of our campuses."

However they added that “suspension is not an automatic decision" as they "consider a number of factors for each individual case, including guidance from the police when appropriate."

Royal Holloway said that they deal with allegations of sexual assault on a "case-by-case basis", but serious offences "can lead to immediate suspensions if the evidence presented and the risk assessment made supports this."

They added that "in cases where there is not a full suspension the university will almost always put in place campus restrictions" to limit contact between the students.

St. Andrews did not explicitly state whether students accused of rape or sexual assault are suspended. They told The Tab that reported cases of sexual misconduct are dealt with on an individual basis.

The sexual misconduct policy on their website states that in cases where UK law does not constrain the university from taking disciplinary action the university may "establish separate disciplinary proceedings where such measures are considered appropriate by the behaviours and circumstances."

Stirling do not immediately suspend students accused of sexual assault or rape. Their website states that "once an investigation is concluded, the member of staff responsible for making a decision on the matter will consider the investigation report and decide if any further action is required, and on any penalty to be applied."

A spokesperson for Sussex told us that during the course of an investigation "the University may put precautionary action measures in place, which can include the temporary suspension and/or exclusion of a student, or the imposition of conditions such as a condition not to have direct or indirect contact with the reporting student."

Strathclyde told The Tab that "decisions on what actions to take are made on a case-by-case basis."

A spokesperson for UCL said that "UCL’s Disciplinary Code and Procedure in Respect of Students" allows them "to immediately suspend and/or exclude a student on a precautionary basis, pending the outcome of the disciplinary process. This is done on a case by case basis following a thorough risk assessment. It does not reflect any presumption of guilt."

A spokesperson for UEA told The Tab: "We do not suspend students automatically on the receipt of an allegation, but will look carefully at the available evidence, undertake a risk assessment and where it is felt to be appropriate we will use precautionary suspensions."

They added: " The imposition of a temporary suspension and/or exclusion is a precautionary measure. It's not a penalty or sanction and doesn't indicate that the University has yet formed a view as to whether a student has committed a breach of university regulations.”

The University of Warwick did not confirm whether students accused of sexual assault or rape are suspended, but referred us to their statement of principles. This states that they "listen to the voice of the victim when considering sanctions."

York directed us to the 'Sexual Health and Wellbeing' page on their website. This did not specify whether students accused of rape or sexual assault are suspended, but informed us that an investigation is launched and precautionary measures are put in place once the allegation has been made. Disciplinary procedures may be instigated "depending on the outcome of the investigation."

• Revealed: The universities that explicitly accept sexual assault as an extenuating circumstance