The terrifying anti-Semitism of Trump voters

Mexicans, Muslims, Black people, and women can already count themselves as targets of Trump’s fans this election. All groups have been on the receiving end of staggering and well-documented vitriol from the Republican nominee’s voters.

One demographic should be added to the list that hasn’t had enough attention – Jews. The torrent of anti-Semitism that has been directed at Jewish Americans this election is stunning, and many of it comes from those claiming to be Trump voters.

Their abuse of Jewish journalists covering the election has moved beyond just crude pictures and KKK memes, and has graduated to death threats.

This is a death threat by Trump supporters against Politico reporter @Hadas_Gold. This is not trolling. This person should be in jail: pic.twitter.com/jqykYWDkJA

The Anti-Defamation League found 2.6 million anti-Semitic tweets directed at Jewish journalists working on the election. And those sending were “disproportionately likely to self-identify as Donald Trump supporters, conservatives, or part of the ‘alt-right,’ a loosely connected group of extremists, some of whom are white supremacists.”

Below are some of the most revealing and frightening:

Thousands of these tweets are directed toward journalists, as many Trump supporters seem to believe Jews are influencing and unfairly dominating the media.

WaPo Kike: “Trump Can’t Just be Defeated. He Must be Humiliated.” https://t.co/IwablbVCi1

The hateful language and obvious discriminatory language is frightening to say the least.

A call for Jews to leave the United States… ironically demanding they go to the Jewish home state. This is perhaps the most frightening and least logical.

???… internal polls has Trump winning in a landslide… you fucking hateful antiWhite antiChristian Jews better get your asses to Israel https://t.co/k28fDQp3tW

"Lugenpresse" or "lying press" is the term Hitler used to discredit press in Nazi Germany. Trump supporters yelled it at journalists tonight https://t.co/i4l15jaJno

The world according to Trump:

A New York Times editor has been sent hate mail

Jonathan Weisman has received hate mail including a drawing of a hook-nosed Jew “and an image of the gates of Auschwitz against the words: ‘Machen Amerika Great.'”

Neo-Nazi newspaper The Daily Stormer wrote: “People aren’t going to quietly go home if the Jews steal this election from us.”

Trump too, has made crass, cringeworthy comments 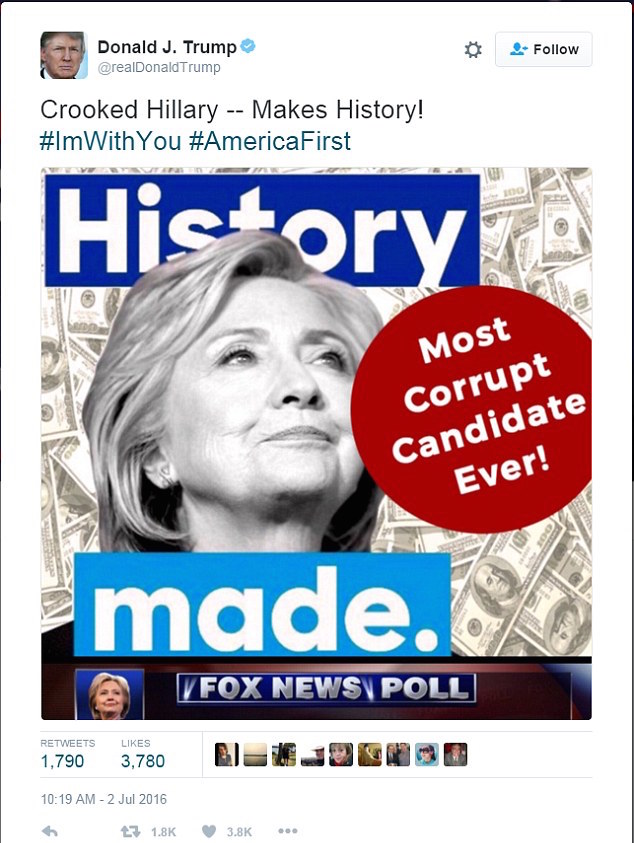 When asked about having or having not read Hitler’s writings, Trump responded: “If I had these speeches, and I am not saying that I do, I would never read them… My friend Marty Davis from Paramount gave me a copy of Mein Kampf, and he’s a Jew.”

But Jews tend to vote Democrat

“In most presidential election over the past 50 years, about 70-80 percent of Jews typically vote for the Democratic candidate, higher than any demographic group except African Americans. Don’t be surprised if this year 85-90 percent of Jews vote for Hillary Clinton.”