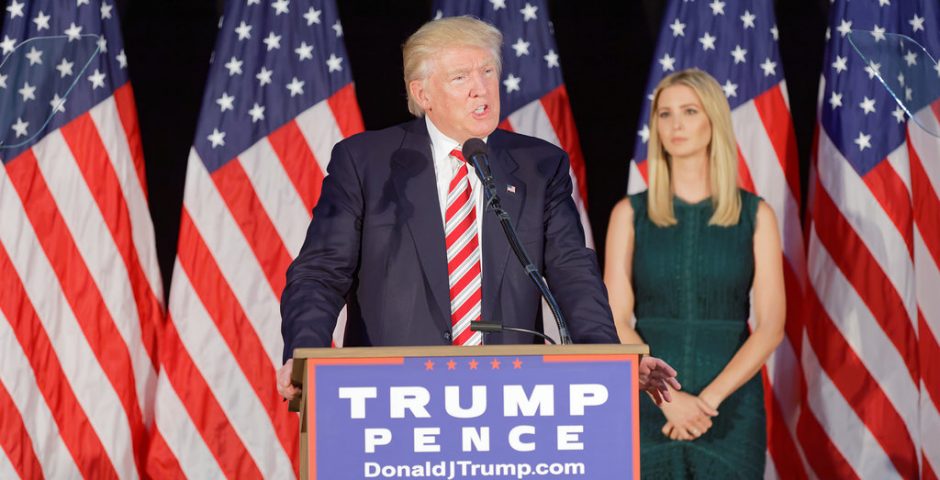 A message to any women considering voting for Trump

Donald Trump, the Republican candidate for this year’s election is known for being vulgar and offensive. His habit of lying and then attempting to cover his tracks has proven to be a failure, especially when standing against his competitor in the debates, Hillary Clinton.

But when it comes to women, Trump could not be further from a good thing. His actions and words from the past leading up to present day show his utter lack of respect for women, viewing them as nothing more than arm candy.

If you’re a woman who is considering voting for Donald Trump, here’s some reasons that should change your mind on how fit he is as presidential candidate representing your “best interests.”

He said his biggest mistake in his first marriage to Ivana Trump was “taking her out of the role of the wife” and into that of a business woman.

Trump wrote in his book “The Art of the Comeback,” that after this horrible decision he will, “never again give a wife responsibility within my business,” and that within his marriage he, “soon began to realize that I was married to a businessperson rather than a wife,” — because apparently a woman cannot be a businesswoman and a wife.

He thinks military sexual assault should be expected.

He demanded the firing of employees who he found unattractive at one of his golf courses in southern California, wanting them to be replaced with more attractive ones

To Trump, a woman’s worth is based completely on her appearance.

This past Tuesday he called into Fox News to explain his comments, saying, “She was the winner (of the pageant), and, you know, she gained a massive amount of weight, and it was a real problem. We had a real problem.”

The GOP says that it will oppose Planned Parenthood as long as it continues its abortion services (which actually only make up 3 percent of total services provided by PP) , using justification in the official Republican Party Platform by cherry picking from the Declaration of Independence using the phrases, “all” and “endowed by the Creator” with the unalienable right to life. They must have forgotten separation of church and state?

Mike Pence’s cutting of funds caused the closing of five NON-ABORTION CLINICS in Indiana that also did STD testing, fueling a rise in HIV infections so serious that it required federal intervention.

He believes that the ‘privilege’ of balancing family life and a career should be reserved for men.