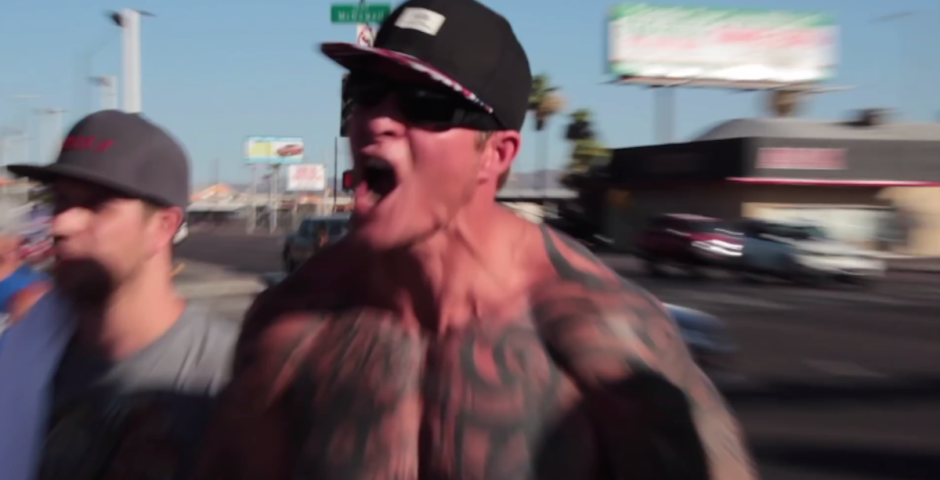 EXCLUSIVE: The ‘go cook my burrito bitch’ guy speaks out

‘I’m no racist. I am who I am. There’s people out there of all colors that are horrible’

Footage of a shirtless man shouting “go cook my fucking burrito bitch” to some Mexicans made the rounds yesterday, in what many people saw as the archetypal Trump supporter.

“Get the fuck out of here! Our country motherfucker, made in fucking USA. Trump! I love Trump,” Zack Fisher explains, flexing his biceps, on the film shot by photojournalist Eric Rosenwald.

Now Zack, 30, who was attending Trump’s rally in Phoenix, has spoken out to say the clip that was seen by millions in fact misrepresented him, and that anti-Trump protesters started it all by spitting on him.

Here’s his side of the story.

What would you like to say to the people who saw that video?

I just want people to know, dude, I love all colors. I’m no racist. I am who I am. There’s people out there of all colors that are horrible. Whites, browns, blacks, yellows out there, it doesn’t matter. It’s the color of your heart. You know how many people messaged me to say thank you so much for other people will not do because they’re scared? It sucks that people are scared to stand up for what they believe in, and yet Latinos can do it and it’s fine. And if we do it? We’re racist. White people? The only race you can legally discriminate against. People make movies about us and do we get mad? Like White Chicks? If there was a movie called Black Chicks, it would be a huge race thing. Do you understand? Do you know what movie I’m talking about, right? We couldn’t do that, no way, they’d be like, “this is so racist”. And yet they can make a movie making fun of white people. I just wish people could get over what happened back in the day, to Mexico or Blacks. That was back in the past, people don’t get over it and it sucks. I forgive and forget. A lot of people don’t. 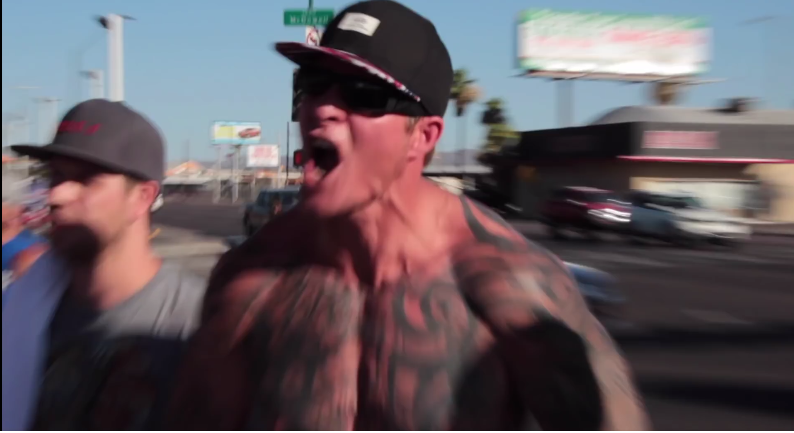 How did it feel waking up this morning and seeing that video?

Waking up to millions of views of me going crazy on the internet… Honestly man, it’s fine. I kind of needed this to get my point across. When you spit on people for attending an American presidential rally, I don’t think that’s right. Going there to fly a Mexican flag – this is America. I don’t understand why they fly it here, I know they’re proud of their heritage. I’m super proud of my heritage, I’m from Germany and from Ireland. All of my parents and grandparents came here legally, the right way, that’s what I was trying to explain. We were walking by and got yelled at, saying “you like that taco, you like that burrito in your mouth?” and we just don’t want to put up with that all the time. You shouldn’t have to put up with that, I don’t get it. They’re bringing the hate to the rally. 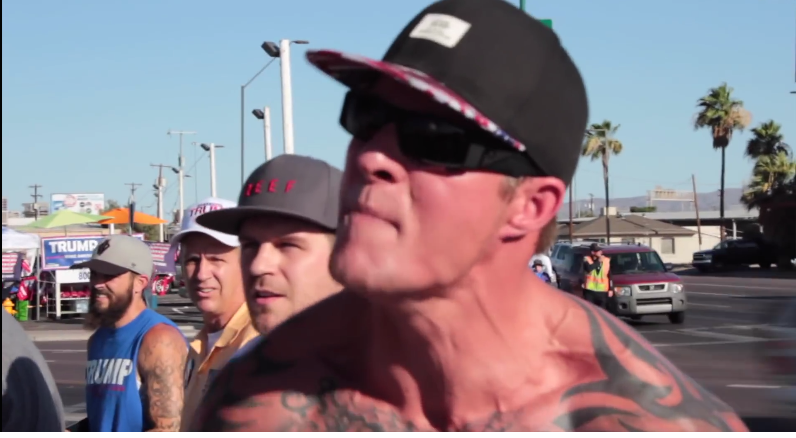 What did they say to you?

They started saying to me, “we’re going to take this country over, we’re going to make this Mexico”. I got spit on my face, you can see on those videos, it’s clearly on my face. I don’t know who has AIDS, or who has anything disgusting, but I don’t want that on my face. You don’t do that, that’s very disrespectful. I lost my temper, man. My friend was over there getting harassed, they ripped his sign out of his hand. You saw that lady in California who got egged? If that was my mother, I would have pulled my gun out, and I would have tried to protect her, because nobody was helping her. And in the state where I come from, if you’re cornered and you feel helpless, and you need to defend yourself and you can’t run anywhere, you can start shooting. And I’m not saying people need to start doing that at all, but it’s just crazy how they just punked all the people like that. I didn’t want that to happen here, I didn’t like them saying “go stick my burrito in your mouth”. I’m not going to take that. I’m going to tell them to make my burrito. And yeah, I don’t think that’s right. If I have to yell “go make my tortilla, go make my wall” for getting spit on, I don’t know. You weren’t there.

I work out every single day in the gym. I have done MMA a lot. That’s what helped me keep my cool even more. When you study the art of Muay Thai in Thailand and stuff, you respect a lot more. But I kind of lose my cool whenever people spit on me man, that’s not right. 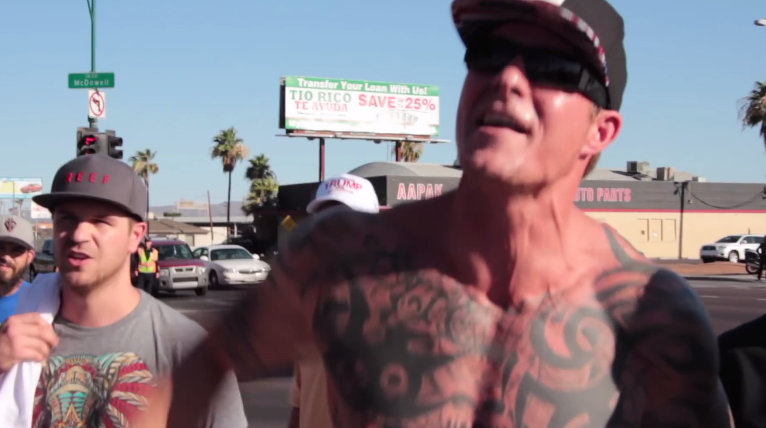 Do you have anything else to add?

People believe everything on the internet. People are so gullible. And then you guys put that on there, that’s not cool. People put up where I work, and stuff. Now I do have to carry my gun, with a bullet in the chamber. And that’s fine, I carry a gun with me everywhere and always.

I’m going to go on as many talk shows as I can, just to make people know we aren’t racist. We love Mexicans, we don’t like illegals. Like I said in that video, it’s not right. Come into this country legally, and we won’t have a problem at all. I don’t get it. Our problem is with ISIS, our problem is with fixing the entire world that’s going down the drain.

Is ISIS the biggest problem we face today?

Yes. I see nothing but terrorism going across the country, and ISIS is a big link to that. The big three issues, for me, are ISIS, illegal immigration, and our debt. We owe so much money. I don’t know who I’m going to vote for, for sure. I know I don’t want Hillary because she’s so corrupt and evil. And yeah, Donald Trump might not be the right guy, but that’s all we really have right now. I’m just so sick and tired of political correctness.