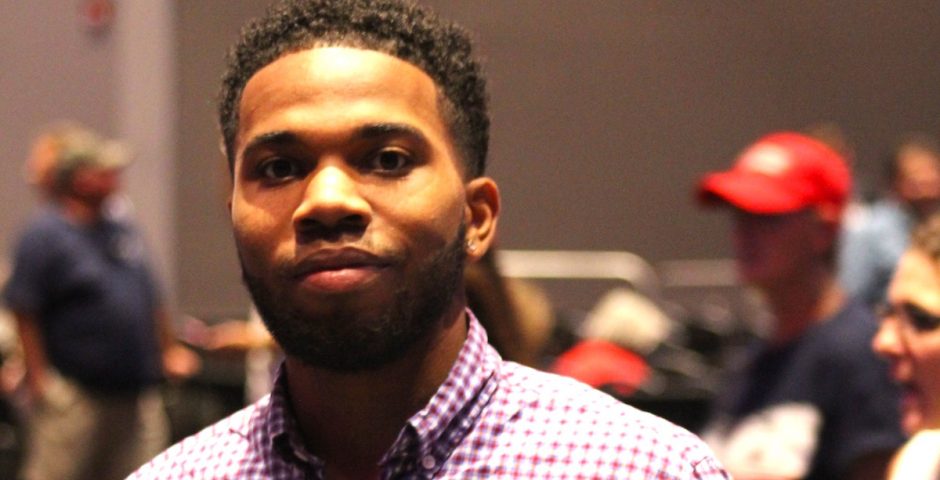 I watched him speak in my hometown of Greenville, North Carolina

Greenville, North Carolina has undergone many changes since I’ve lived here. There’s a new highway going through 10th Street, many new small businesses have popped up while others closed down, and many other residual changes.

As far as politics, Greenville and NC are still part of the southern Bible Belt and conservative values dominate ideologies around here. That being said, it makes sense that yesterday’s Trump rally was sold out. My family isn’t a big fan of Trump, and most of my friends aren’t either.

Personally, I don’t see how this man got nominated for President by one of the major parties. It is beyond me that they would consider handing this guy the keys to our country’s nuclear arsenal. Still, I figured it would be appropriate to hear what the guy had to say and see his proposal for Making America Great Again right in my hometown of Greenville.

I guess this the norm as far as politics is concerned today, becoming simple entertainment with all the histrionic rants of speakers and shameless pandering to demographics. I grimace every time I hear Diamond and Silk try to convince people that Trump actually cares about their wellbeing. To be fair, the same political attacks and general hypocrisy had also been present at the multiple Clinton events I’ve covered as well. 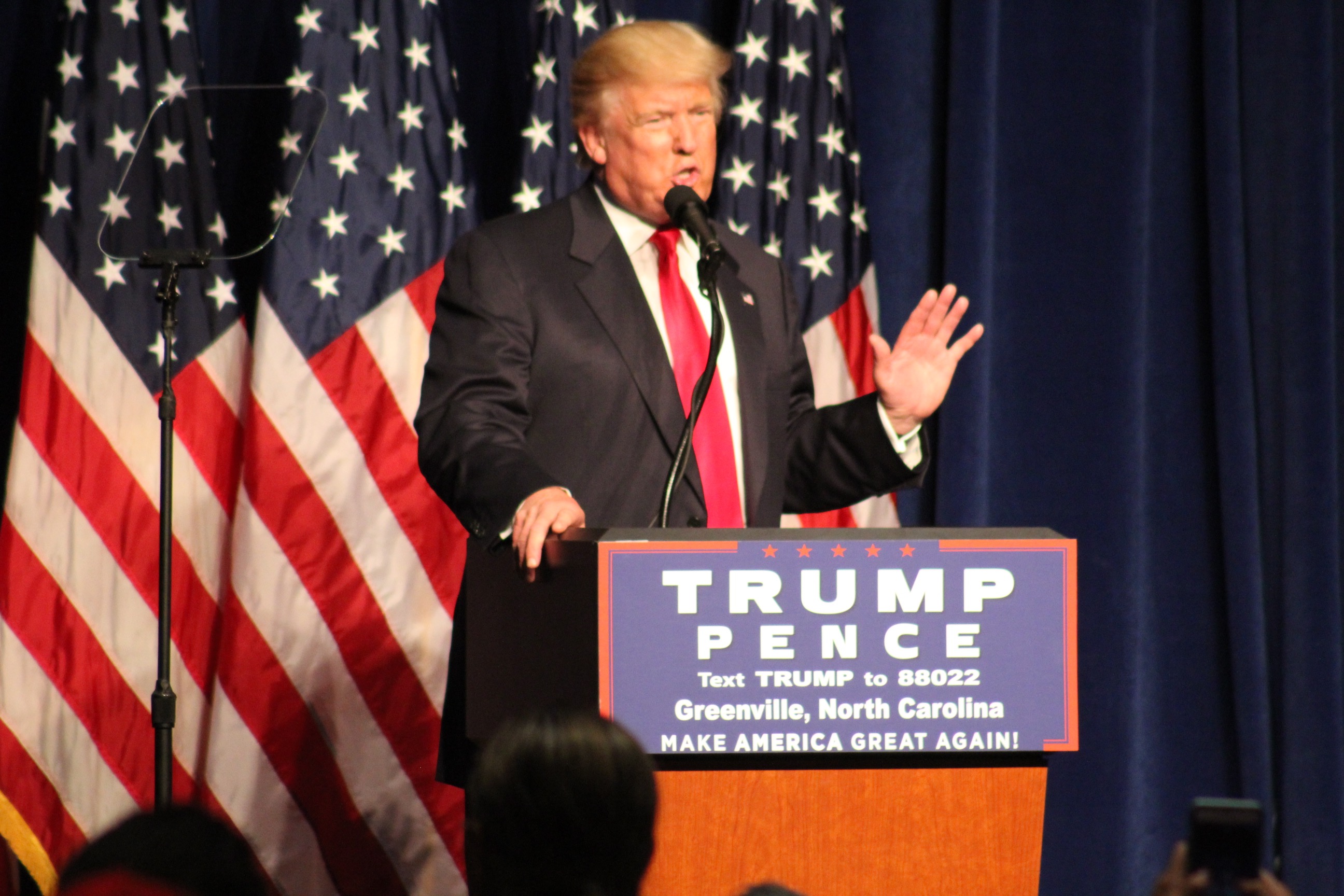 Addressing a crowd of 3000 people, Trump said: “Millions of our African Americans are stuck in inner cities, where the crimes and schools are terrible.

“I will make it safe for Black people to push babies around in their strollers,” he added, referring to Dwyane Wade’s cousin, who was shot dead walking her child in Chicago last month.

“This is a national crisis, and anybody who sees that isn’t fit to run the US. To the African Americans in poverty I say, give Donald Trump a chance. What do you have to lose?”

Despite the deplorable conditions for Blacks in some areas around the country, tremendous strides have been made in our populations since the Jim Crow era.

Trump’s claims that we are basically in the same boat as decades ago are simply fallacious and offensive. This is not to deny that the Black community has its problems, but they can be better combatted by internally identifying cultural factors and institutions that contribute to the present structural inequality and perceived lack of value of Black lives.

Trust me, this is a much better solution than voting for Donald Trump with the bad hair. In the past I had brushed off these same comments as Trump being Trump, but hearing him repeat these statements right in the town where I grew up had a strange effect on me. 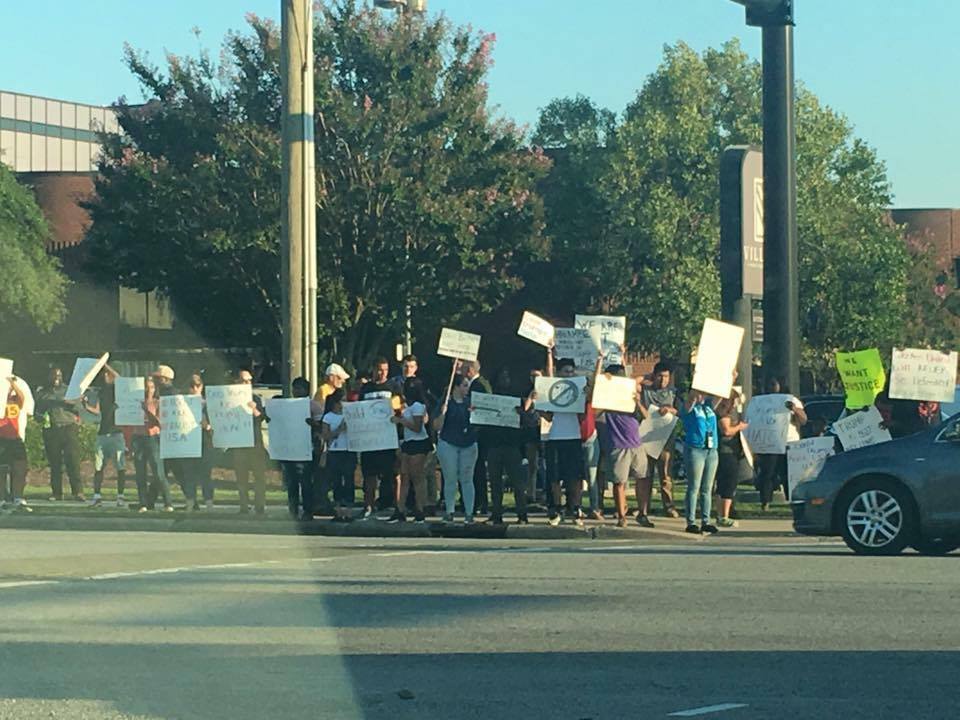 The craziest event that happened last night came after Trump finished speaking. As we waited for all the packed cars to exit the arena, we saw a Black man who was protesting being detained by police and seemingly on his way to jail for the night.

“Trespassing? Where was I trespassing?” Where can I trespass?” The man kept asking the officers, a valid argument considering Memorial Boulevard contains many public areas. Perhaps he had crossed the line during his protest and was deemed to be a disturbance, or maybe he was just in the wrong place at the wrong time…

The propaganda littered throughout Trump’s speech was laughable.

“We’re not letting our jobs go to other countries with sharper, more competent leaders anymore. It stops now!”

“There are many people closely associated with ISIS coming into our country. This could be the great Trojan horse of our times!”

“We will be guided by three legendary words: Peace through strength!”

I finally realized that this isn’t a nightmare, and our political system will never be the same again.