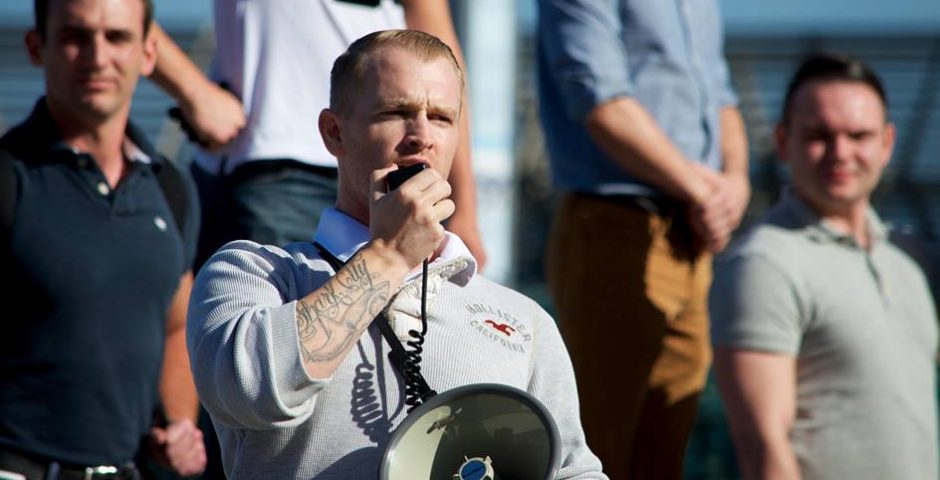 Neo-Nazis are trying to organize a national movement called Identity Evropa to bring their white supremacist message to your college campus.

Theirs is a movement characterized by hate, dressed up by a veneer of acceptability in the form of sleek websites and hipster haircuts – much in the vein of Richard Spencer.

The leader of Identity Evropa is Nathan Damigo, a student at Cal State who really likes being white and doesn’t want any Jews in his club (it even says so on his site). So we spoke to him about why he wants to bring white supremacy to your campus. 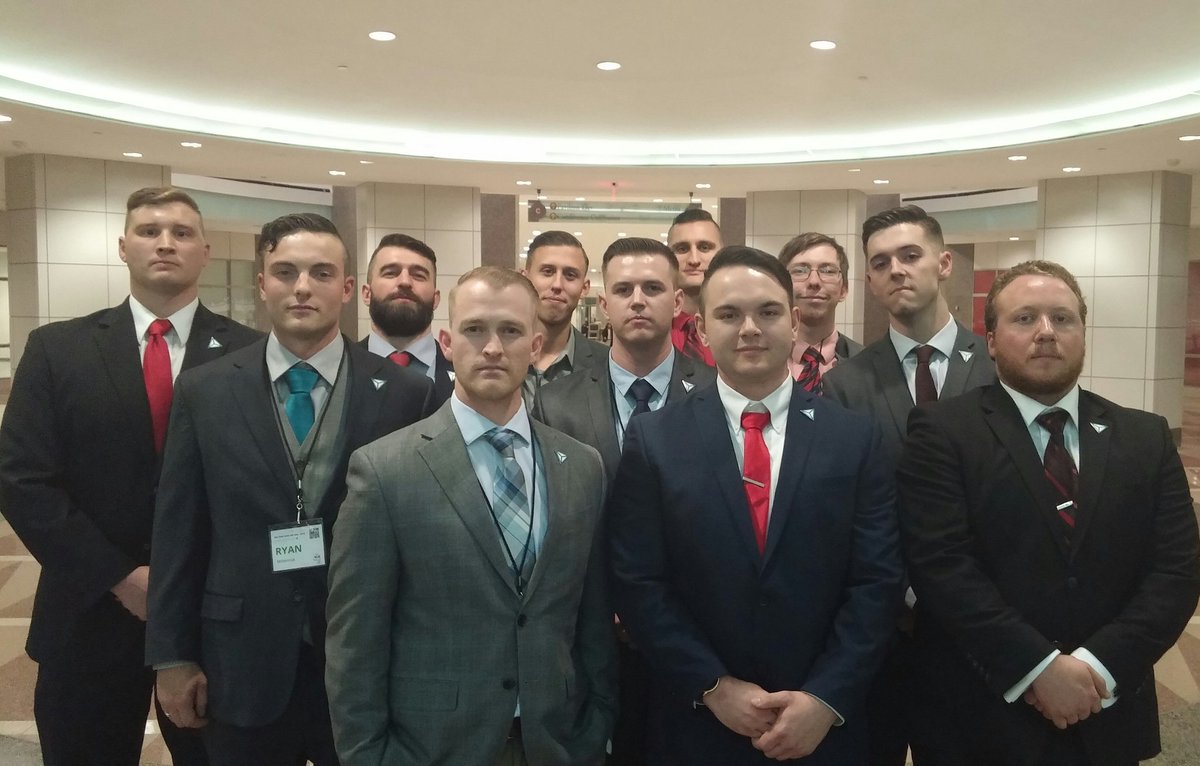 Why are you putting up these posters around campuses?

The first thing we want to gain a lot of name recognition among students. It’s something corporations spend trillions collectively on every year. Over the coming years many of them are going to learn narratives that are being propagated on college campuses aren’t accurate. We want them to know us when they’re ready to fight back and challenge this narrative.

The second thing is the messages on the flyers are messages of empowerment for people of European heritage, who have been told they don’t have a right to a place of their own, that their people have done something so horribly wrong that they must replace themselves with foreigners. And that they themselves may not have under any circumstances a right to a positive identity and an identity worth defending. We fundamentally disagree with that narrative. We think it’s horrifically anti-white, we think it’s very misleading. It’s not going to make America a better place, it’s not going to make Europe a better place. 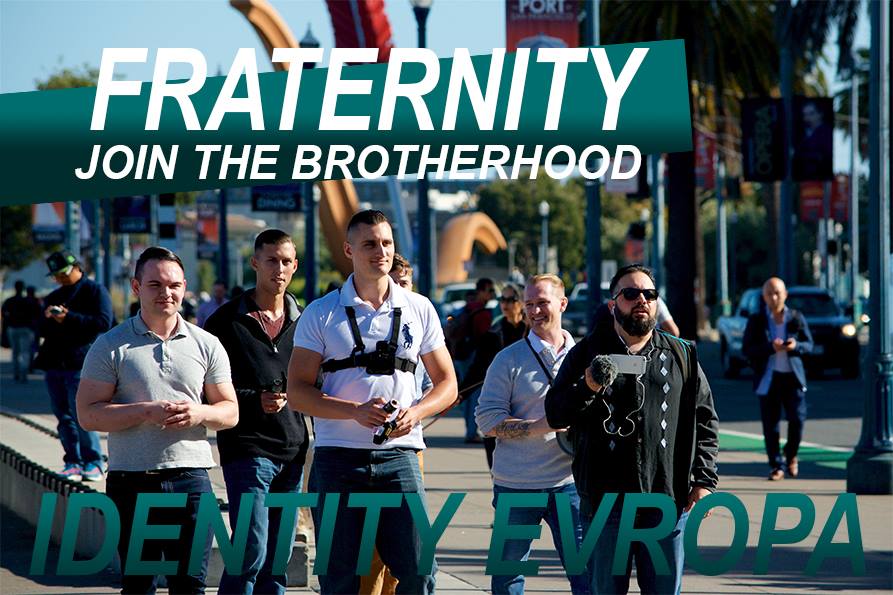 What colleges have you gone to so far?

I’m just going to rattle off some colleges that I can think of. UMass Boston, Berkeley, UCLA, Ohio State, Oklahoma State. There’s so many I can’t even remember all of them. We’ve probably hit over 40 [colleges] this semester alone. We got people at Rutgers, Texas A&M, we have a guy at Stanford. We’ve got people at around 60 to 70 schools across the country.

We’ve probably got around 300 members, last I checked. We’ve been growing extraordinarily fast.

If you attend ASU, message us to get involved!#ProjectSiege #ASU @ASU pic.twitter.com/l99pvfJaV6

Your application form asks for people of “non-Semitic heritage.” What does that mean?

Ashkenazi, or sephardic. Things like that. This is an identitarian movement. There are some people from some Semitic groups who perhaps would identify as white. However we would not identify them as white. We identify people of European heritage as white, not of Semitic heritage.

So what’s the big deal with Jews?

And how do you think Jews fit into America?

Well that’s a pretty interesting story, some aspects of that history get focused on so much that you miss the other aspects of it. One of the other aspects that’s been really missed is Jewish power, Jewish influence. It’s been extraordinarily negative for people of European heritage, for our foreign policy, for our domestic policy. And there has been a lot that’s happened that’s been pretty hurtful that the Jewish community has advocated for that has been very anti-white. 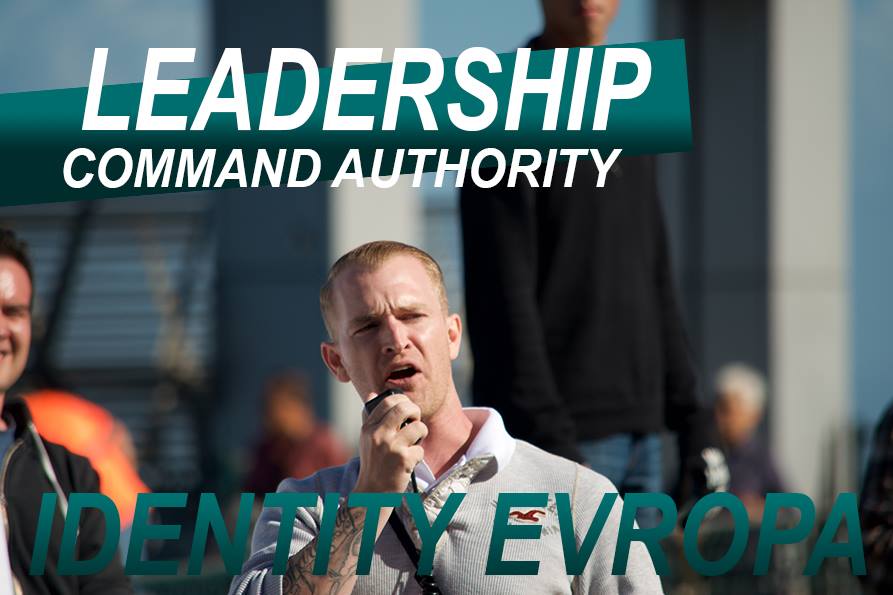 Some people in the alt-right deny the Holocaust ever happened. Where do you stand on that?

With things like that, I’m neither here nor there. I’m not a history buff. What I’m really focused on is what’s happened here and now.

So a lot of people on the alt-right say the Holocaust never happened. Would you see yourself on the same page?

We’re an identitarian organization. We’re not interested in historical revisionism or anything like that. We’re concerned with identity and race and how it affects us as people of European heritage.

We’re neither here nor there on it, other than people can investigate whatever they want historically, question things. Those who oppose our ability to do that as a people are fundamentally anti-white. Freedom of speech is only done by a free people. You are not free if you are being arrested for thoughtcrimes. That is Orwellian.

As far as people’s right to be able to investigate this stuff, I think they’re more than welcome to. We have a broad set of views in the movement called the alt-right, Identity Evropa – Identitarianism, I don’t think it’s the only thing about being in it. 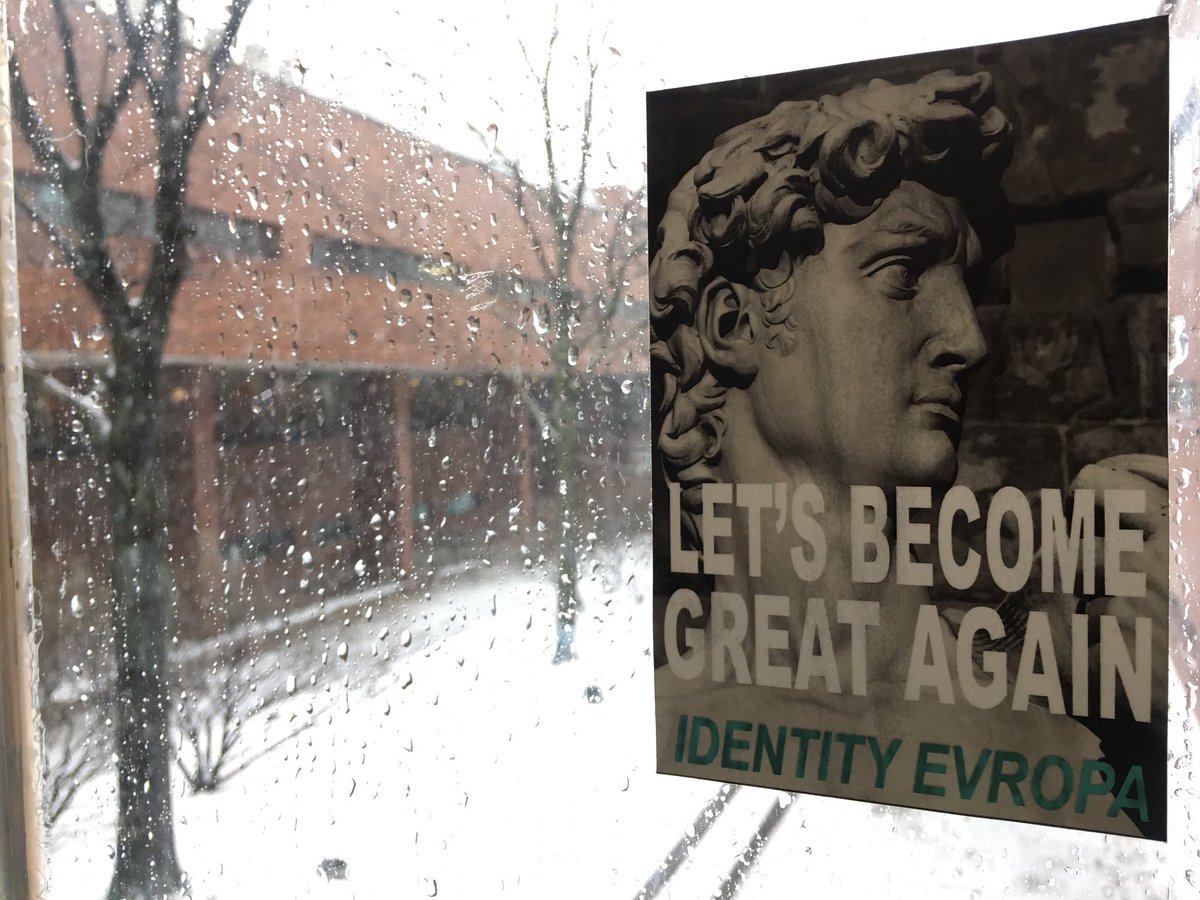 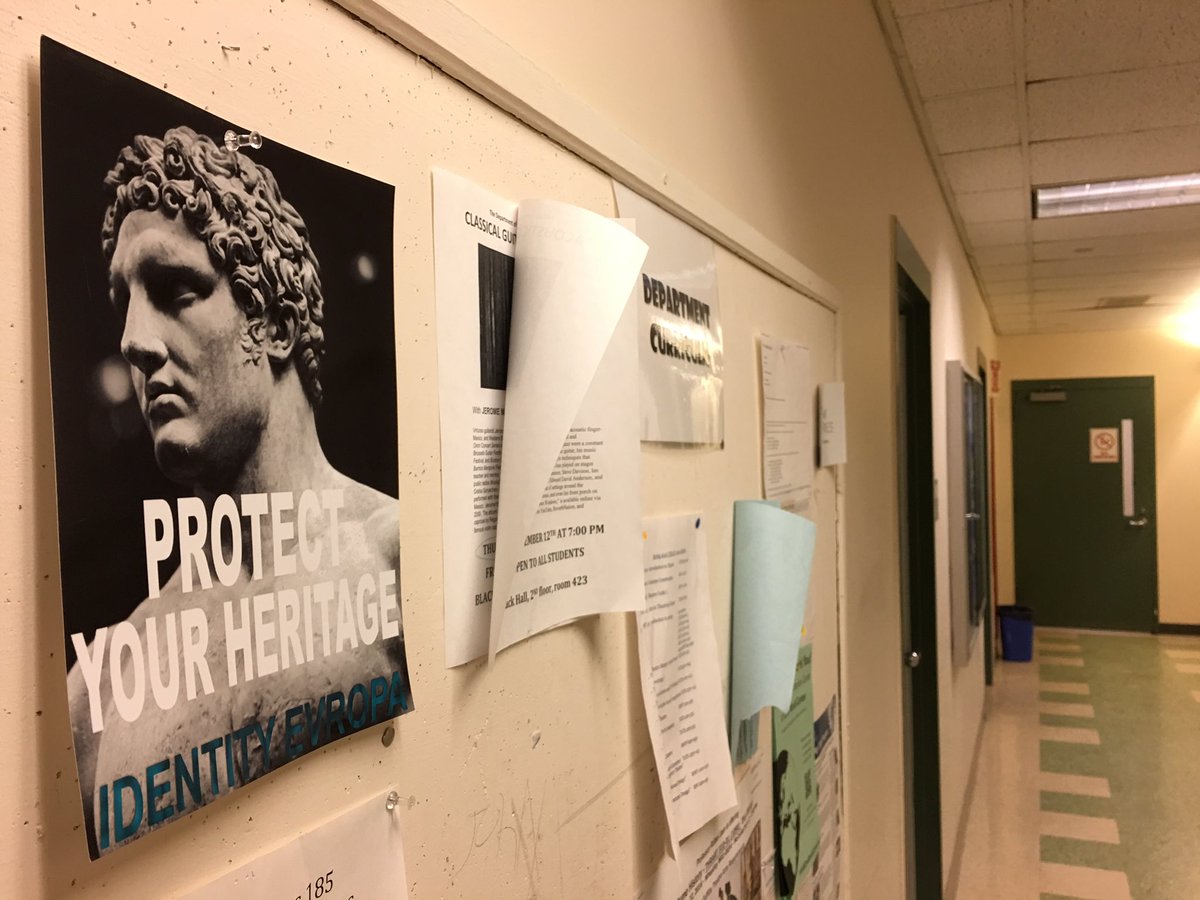 What’s the best thing about being on the alt-right? 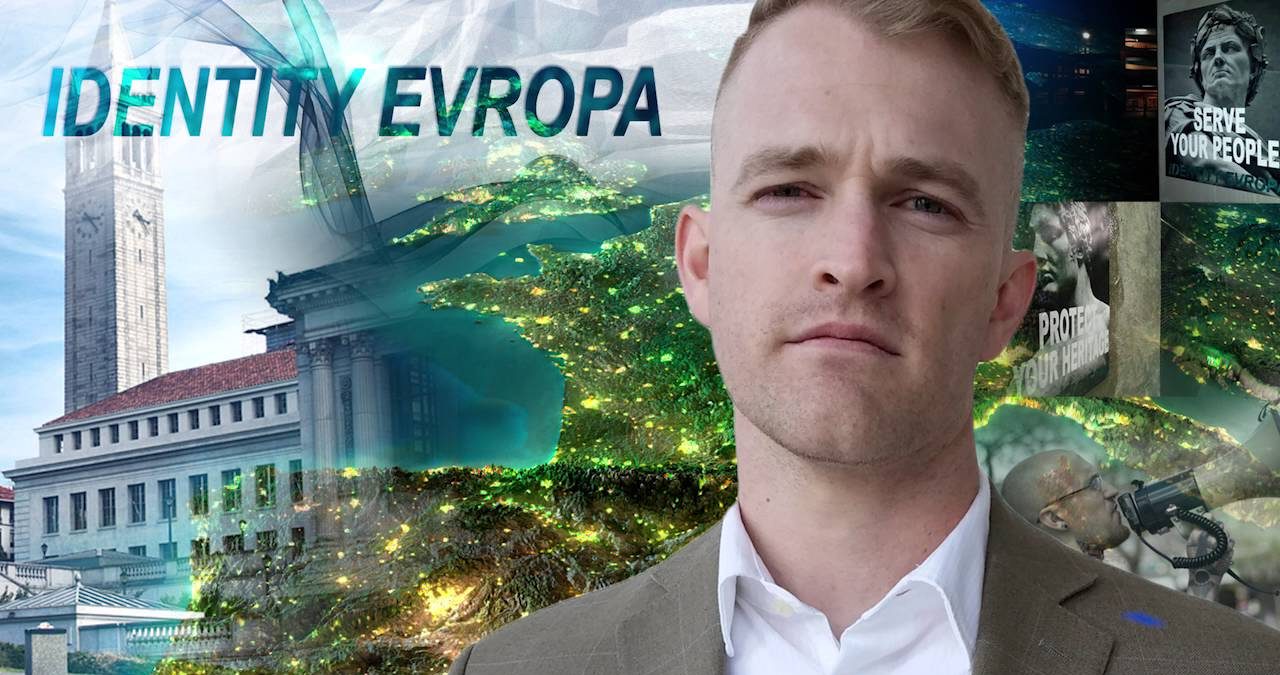 There are sanctions against crimethink. One sec let me make sure I’m getting off on the right exit here [he’s driving]. Oh good, I made it. OK. People literally have to hide their identities, people can’t come out at this point until our communities become larger.

What’s with the haircuts you all have?

We do like to look sharp. We like to paint a picture of a better world, a more aesthetic world. We live in a world where the prevailing ideology are promoting a very unaesthetic world. Maybe the best way to put it is anti-art, the opposite of beauty. They want to promote ugliness.