Posters supporting a white nationalist group have been found on campus.

A grad student found posters supporting the group “Identity Evropa” both on an off campus in Bloomington.

Various fliers with the slogans “protect your heritage,” “let’s become great again,” “our destiny is ours,” and “our future belongs to us” were posted around the campus, with one poster placed just above a “refugees and immigrants welcome here” sign.

First spotted by Stephanie Huezo, a graduate student at Indiana University, the pictures were posted on the Facebook page “Btown Justice.” 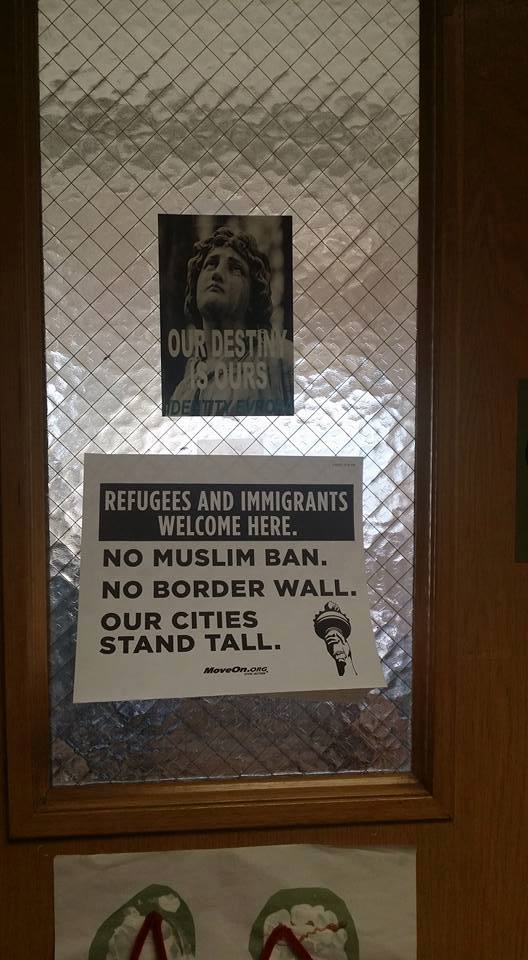 “A colleague of mine in Latino Studies saw that one of her “We the People”posters was gone and replaced by a Identity Evropa poster. After she told me that I went to check for myself.

“I immediately took pictures of these posters to document what is happening in our campus.

“I always felt safe in Latino Studies, it is my second academic home and to see this floor get defaced by such nonsense is terrible.

“It’s even more upsetting because groups like this one forget that we are part of the U.S. Identify Evropa targeted us and our community. But we are not intimidated.

“We as ethnic studies programs, professors, students, and friends will continue to teach about social justice and promote inclusivity.

“As co-president of the Latino Graduate Student Association, I along with the board reached out to our members to reassure them that we stand together and we are a family that will look out for each other.

“IU is supposed to be a place that promotes diversity and inclusivity. We will continue to do that and won’t stop just because of the actions of some.” 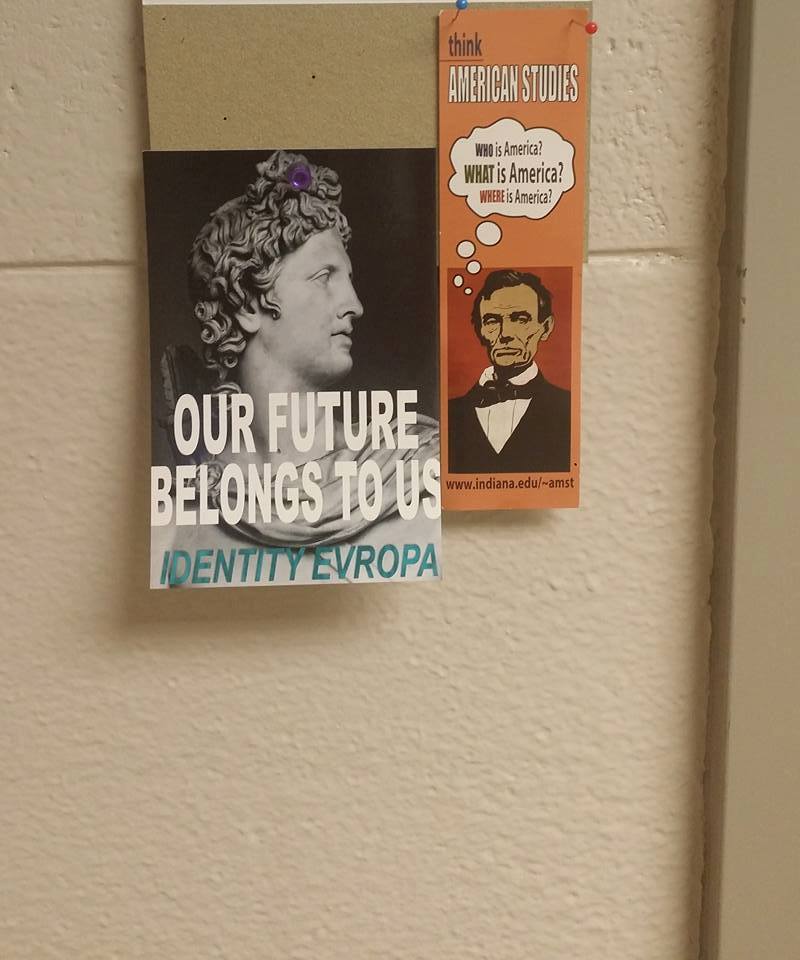 In response to the photos, Provost and Executive Vice President, Lauren Robel wrote in an email:

“Earlier today, I learned of flyers posted on our campus by a group that identifies itself with white supremacy, and which claims in its social media to have posted similar flyers at as many as 30 universities across the country, including universities in California, Texas, Illinois, Washington, Georgia, and Massachusetts.

“Posted under cover of darkness, targeting the office doors of faculty members of color or scholars of race and ethnicity, these flyers were clearly meant to intimidate, threaten, scare, and provoke anger among faculty, staff, students and visitors.

“The university is working with the police and has notified the Federal Bureau of Investigation.

“I urge the campus community immediately to report any acts of this type by calling the IU Police Department at 812.855.4111 or filing a Bias Incident Report.

“Our university rejects all forms of racism, bigotry, and discrimination. These are in direct conflict with our core values and simply will not be tolerated. Our campus unequivocally rejects the cowardice and ugliness that this group’s action represents.

“We stand together as a community in the face of this abhorrent action. We will not be divided by cowards. This is a university. We discuss ideas in the full light of day. We are, and will remain, one IU. 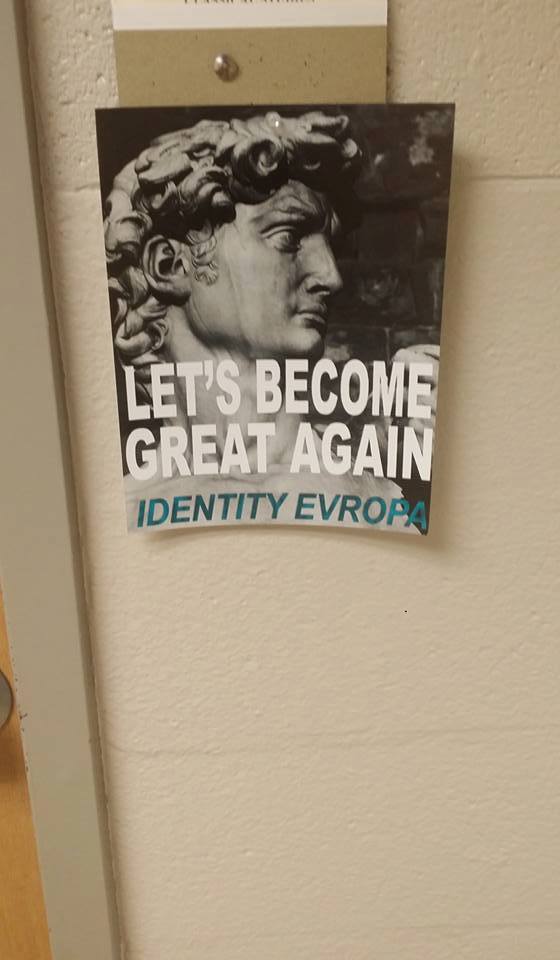 Identity Evropa is a right-wing group who, according to their website, “are a generation of awakened europeans who have discovered that [they] are part of the great peoples, history, and civilization that flowed from the european continent.”

They have been targeting college campuses especially in recent months.

“This is an atrocity that should not go unnoticed. It makes me and others around me feel unsafe and uncomfortable on campus.”