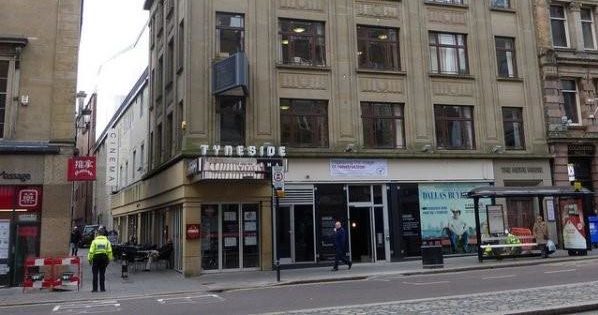 Numerous counts of bullying and psychological abuse have been reported

Tyneside Cinema launched an independent review into the company in July this year, following multiple claims of sexual assault and harassment.

The review, carried out by Turning Moment, has now been published. Turning Moment called the cinema’s former management negligent of staff, and their attempts to solve the issues within the company inadequate and incompetent.

The reviewers stated that the severe nature of some staff members’ experiences was shocking, viewing that there are many neglected issues that have created what they see as a culture of abuse and harassment. This culture, the review states, fostered countless incidents of sexual harassment, serious sexual assault, bullying, and a lack of care and respect. 120 current and former staff members spoke negatively about bullying and lack of care and respect, and 45 spoke negatively on sexual harassment in the workplace

Tyneside Cinema was called a “workplace of extremes”, with some staff reporting no issues, whilst others have serious, persistent, and unacknowledged issues. They identified that the cinema has a pervasive “us and them” attitude between managers and front-of-house staff. They were also continuously told by current and former staff that there exists a “boys club” atmosphere, that seemed to encourage sexist, racist, homophobic, and transphobic comments and jokes.

Turning Moment utilised a series of synthesised quotes to demonstrate the consensuses of Tyneside’s employees.

“I have been damaged forever by what has happened to me,” said one quote, with another adding “I felt unsafe at work…I still can’t walk past the building.” There were numerous counts of bullying reported (including shouting, intimidation, and demands), on top of alleged psychological abuse (including belittling and rumour spreading) of staff by managers.

Multiple interviewees commented on a lack of security adding to them feeling unsafe and unvalued at work. The Cinema’s open door and open toilet policies were cited, since employees believe it enabled dangerous and vulnerable people to enter the Cinema. One former staff member said: “A customer walked up to me and put his hand around my throat. When I reported this, I was told ‘Yes, we know, he sometimes does that’. Nothing was done about it.”

A synthesised quote summarised the staff’s feelings on their safety around customers: “I feel powerless to ask groups of drunk men to leave the bar. There is no security and no-one to help me.”

Another synthesised quote stated that “sexual harassment at the Cinema was well known. Women working there knew who the alleged perpetrators were, and it was common knowledge new female staff would be targeted. It was known that no-one would listen, or nothing would change if they raised it.”

Today we shared findings & recommendations of the independent review with current staff & former staff who contributed to the review.
Read the findings & the response from the Board of Trustees → https://t.co/5hpxlUqXp7
Content warning: sexual harassment, assault & abuse. pic.twitter.com/zaEFp8uvlT

Turning Moment has made 74 total recommendations to the cinema, split into immediate, medium and long-term actions. Among these are a zero-tolerance approach to harassment and bullying of any kind, staff training in many areas, such as safety and risk, and fostering a culture of listening, engaging and collaboration.

The Trustee Board has said on the Tyneside Cinema website: “With immediate effect the Cinema takes a zero tolerance to any abuse or behaviour that makes employees and customers feel unsafe. Solving the safeguarding issues is the number one priority of the Cinema; this comes above all else. The Trustees will be ensuring that the management team enact immediate change to that effect in order to be able to reopen the Cinema.

• A woman was sexually assaulted by taxi driver in Jesmond