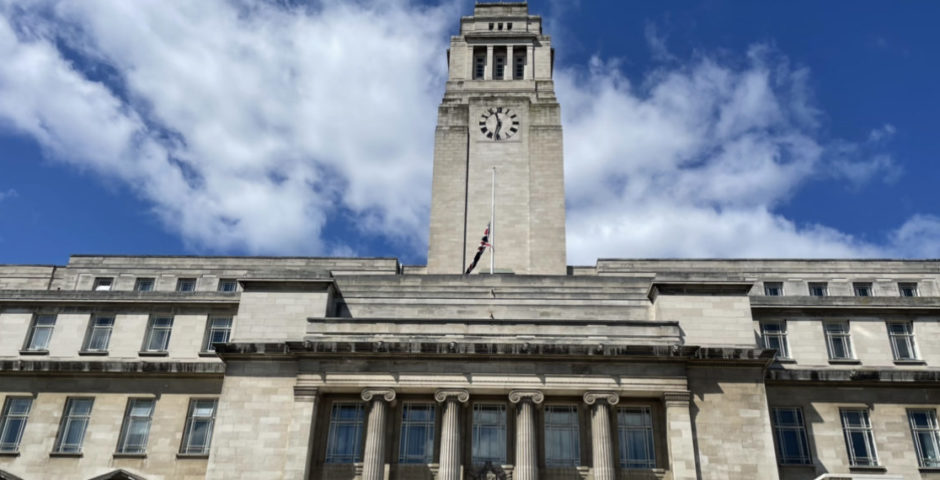 The University of Leeds strongly denies this assertion

Leeds University Union (LUU) LGBT+ Society sent an email to students stating it “no longer has any faith or confidence that the University of Leeds cares about its trans students.”

This comes after the LGBT+ Society shared the proposed changes to the university’s Trans Equality Policy on Instagram back in March.

The post detailed the proposed changes, which involved removing guidance on examples of transphobic abuse and harassment, “making it unclear what they define as ‘abusive’,” and declared the changes detrimental to Trans staff and students.

An open letter to the university was also started at this time.

The University of Leeds told The Tab Leeds that these proposed changes were reverted shortly after.

In the email sent to students this week, LUU confirmed that “it is the formal position of the society that the University of Leeds fosters an actively harmful, transphobic, and hostile environment to its trans members.”

The society has, therefore, decided to “completely renounce any indication, made by the university or otherwise, the the University of Leeds is a safe place for queer people” as “those running the institution have taken active steps to prevent this.”

The LGBT+ Society has pledged to make their position “abundantly clear at every possible opportunity.”

woke up to an email from leeds lgbt soc basically saying they no longer consider the uni a safe environment for trans students. fun!! pic.twitter.com/Ws3wKrOz0L

A spokesperson for the University of Leeds said: “We strongly deny the assertion that we have created a ‘hostile environment’ on campus for transgender staff and students, but we recognise that we need to do more to alleviate concerns that have been put to us, and want to work with our community.

“The university has a clear commitment to ensuring equality, diversity and inclusion (EDI), and this is demonstrated by work underway to develop a new university EDI strategy.”

Sam, who identifies as queer non-binary and is a third year student at UoL, told The Tab Leeds that the email was “not surprising at all.”

Sam believes that: “Academia has been rife with transphobia for years, and its just gotten worse with terfs etc. But Leeds is definitely worse than other universities.

“My friend at another university was able to get their name changed on their ID badge to a nickname they prefer, while I can’t get my name changed on anything without a full deed poll.”

The LGBT+ Society released the following in a press statement:

“Throughout the past year, the regressive actions of the university on the matter of Trans equality have damaged and deeply strained the relationship between the university and its Trans students and staff members.

“In August 2021, after five months of waiting for the university to take active steps to remedy the damage caused by their attempts to roll back on Trans protections, further contributing to the transphobic culture present, we co-signed an open letter addressed to the Vice Chancellor outlining the significant issues which actively harm Trans staff and students. A full list of these issues is available in the letter here.

“In the past week, the university has offered us a meeting to discuss the letter, not with the Vice Chancellor as we requested, but with members of her senior leadership team.”

The university also allegedly stated the meeting had to be in person. This, combined with other factors, resulted in the meeting not taking place according to the LGBT+ Society’s statement.

However, a spokesperson for the University of Leeds said: “An online meeting was arranged and attended by members of the university’s senior leadership team. Unfortunately, none of the invited representatives attended the meeting, which had been arranged as a positive opportunity for purposeful dialogue.

“We remain hopeful that a constructive way to work together can be found as soon as possible.”

The LGBT+ Society statement continues: “The refusal of the Vice Chancellor to meet with us, and her deafening silence on our reasonable request for her to release a public statement standing with the Trans community at Leeds, speaks far more to us of her true position and her true intent than the empty reassurances about the university’s ‘commitment to respect and inclusion’ ever could.

“The University of Leeds appears to consider the basic human rights of Trans people as up for debate, and their pain as worthless.

“It appears we have exhausted every possible avenue for adequate change or supportive engagement. The university has tried to create an image for themselves as a bastion for equality and diversity; in truth, this is nothing but a deliberate lie.”

• Students are using LeedsFess to expose racism within the uni community