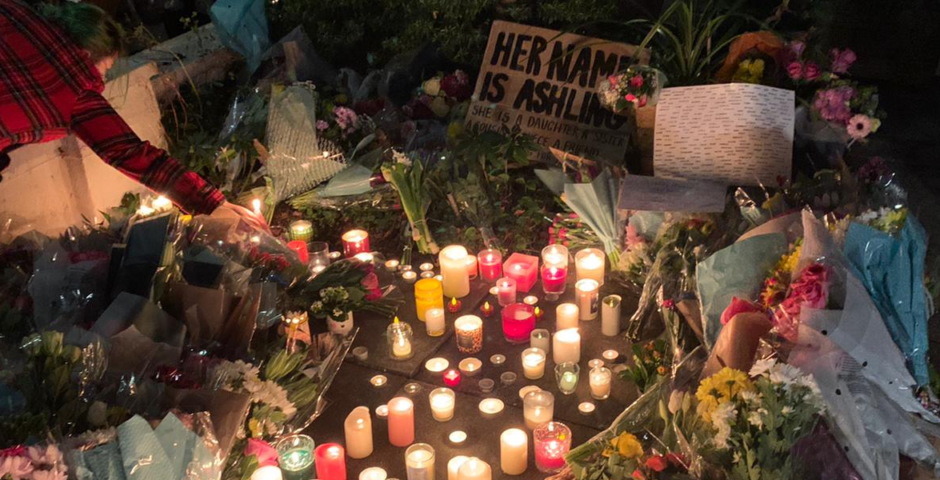 ‘We shouldn’t be here’: Here’s everything that happened at the Ashling Murphy vigil in London

‘Her name is Ashling’

Hundreds of people gathered in Camden Square on Saturday (15th January) to mourn the loss of 23-year-old Ashling Murphy, who was killed while jogging in County Offaly earlier in the week.

The vigil was organised by the London Irish Centre, after various cities around Ireland held their own gatherings to pay respects to the young primary school teacher.

As well as the countless amount of mourners who attended, Ashling’s London vigil attracted attention from the world’s media – including CBS News, RTÉ and the BBC. Her story struck a chord with a number of people, and this is exactly how the evening played out: 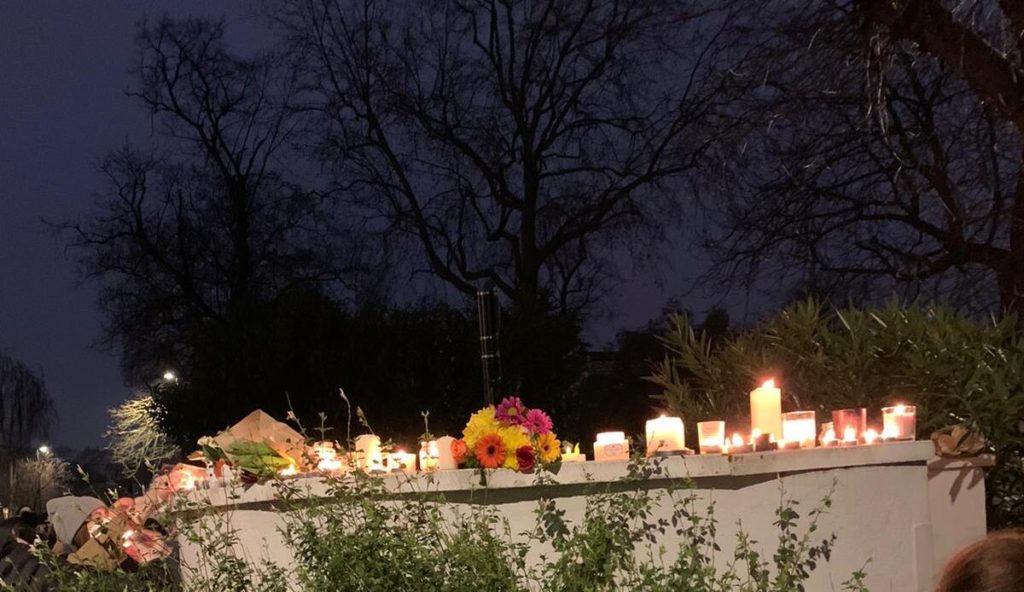 The official vigil was only supposed to last for an hour, beginning at 4pm (mirroring the fact that Ashling was murdered at the same time on 12th January). A mass of people gathered around the London Irish Centre, with many others spilling out onto the road. Some were holding homemade plaques and cardboard signs, demonstrating against the fact that once again, we were gathered to mourn another woman lost to gender-based violence.

A traditional Irish folk band played on in a stairwell next to the centre, as a loving tribute to Ashling’s musical accomplishments. 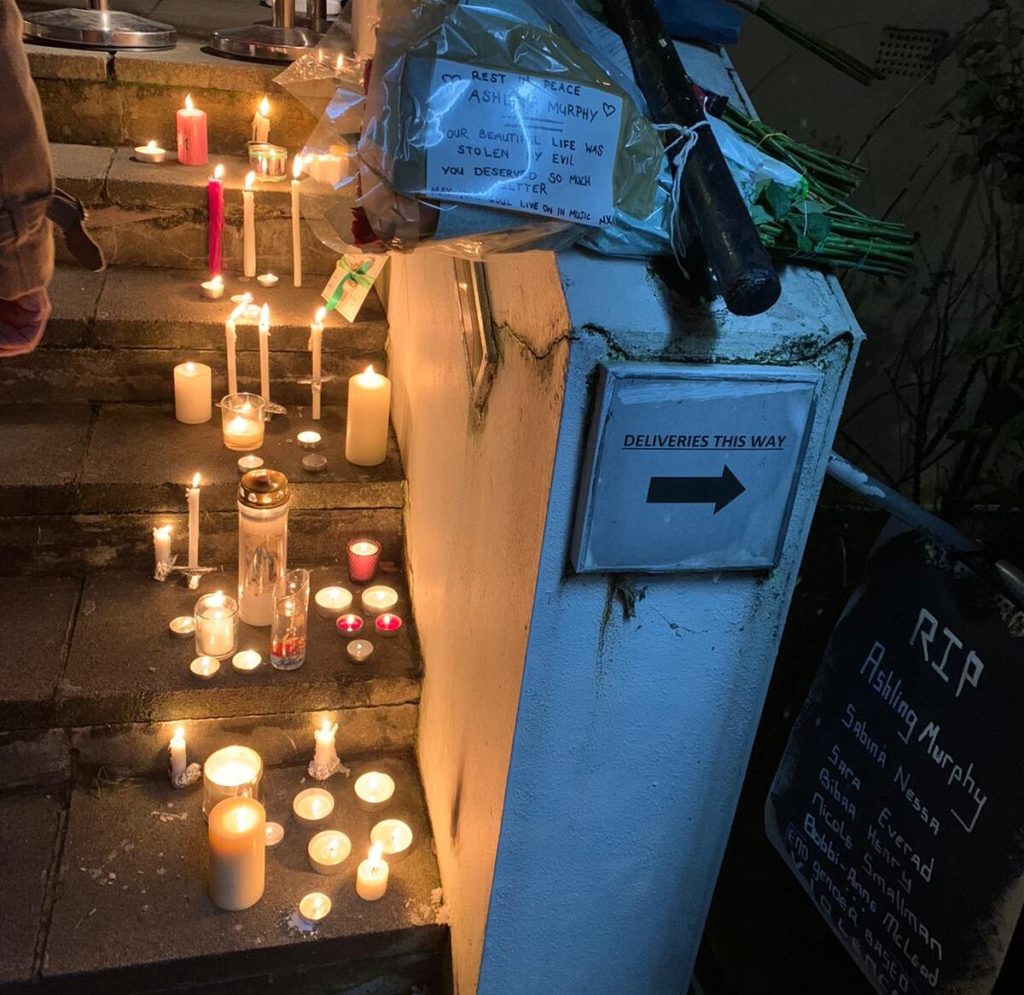 Journalists and camera crews dispersed around the crowd, interviewing mourners and taking photos of the hundreds of candles and flowers which were carefully placed on the centre steps.

The atmosphere was vastly different to the vigils of Sabina Nessa and Sarah Everard – there was truly an element of exhaustion in the air. No-one gave empowered, rallying speeches. There was no anger or protests against structural misogyny. People simply stood silently – some women broke down, while others looked around, wondering how long it’ll be until their own face is framed on the steps outside a London doorway.

Despite countless efforts to discourage the Met Police away from vigils, a marked car circled around Camden Square several times. After the vigil, attendees spoke out about the police presence on Twitter.

The Ashling Murphy vigil in London was quiet + contemplative. Ppl held candles, laid flowers and wrote in a condolences book. So why was there a police presence at all? What was the purpose? It felt like a subtle intimidation tactic to remind us all THEY were in control.

Resting against a lit-up tree, one sign stood out among all the rest.

It said: “Her name is Ashling. She is a daughter. A sister. A cousin. A niece. A friend. She was going for a run.”

A spokesperson for the London Irish Centre Tweeted a thank you to everyone who attended.