‘He passed out against my door’: We asked you for your ‘flatcest’ stories and oh my god

There are few acts more disturbing to the foundations of your flat dynamic than shagging your flatmate. I mean really, it’s very rare for anyone to come out the other side without at least having sustained some emotional shrapnel from the fallout – it’s like you really didn’t think that going into the kitchen was an anxiety-inducing experience enough and wanted to give yourself that little extra reason to feel extra uncomfortable.

Anyway, luckily it’s these exact situations that we can laugh at once they’ve happened, and boy do we like having a laugh at those less fortunate than ourselves! So, we asked the flatcestuous student reprobates of the land – who couldn’t just keep it in their pants after a few beers – to share their stories of flatcest so that we can learn from them. And most importantly laugh. 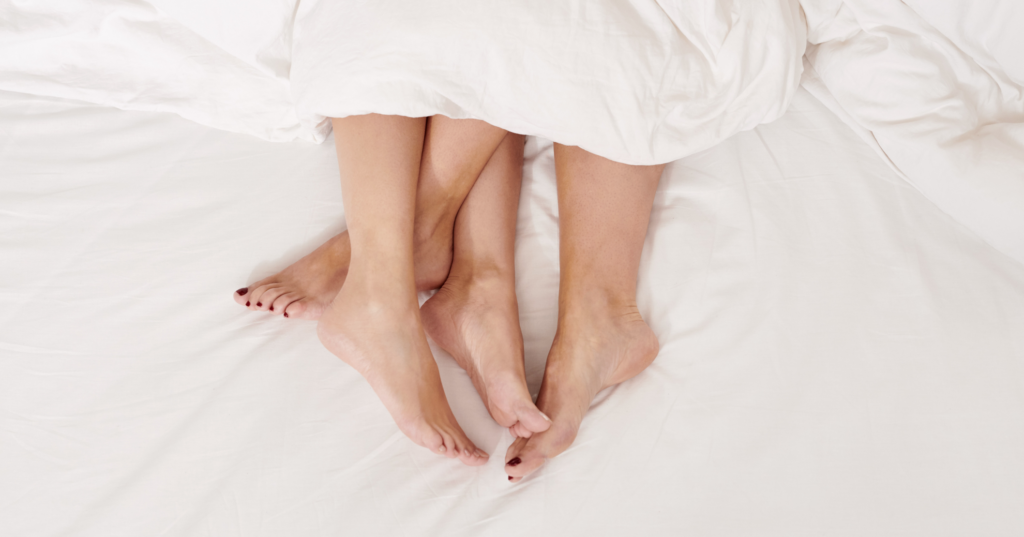 People were arriving at my flat on different days during Freshers’ Week so although I had a rough idea who my housemates were, I didn’t know all of them – especially because it was a block of 20+ rooms.

One evening I went out, got very drunk and went home with a girl. In the morning I woke up and she was no longer in my bed, so I got up to make a cup of tea… and she was sat in the kitchen… in her own dressing gown… eating breakfast. It turns out she’d gone to different predrinks and I must’ve just drunkenly ignored what she said about living in the SAME FLAT. Things never were normal after that.

My housemate in third year had a strange crush on me, and one night we came home together after a night out because I wanted to leave early, which I think he interpreted as “I want to go home WITH YOU to have sex” which was not the case.

Anyway, he tried to playfight with me on the landing and I just wanted him to go away so that I could shower and go to sleep. I managed to get him off and have my shower, only to struggle to open the door because he was asleep pressed up against it waiting for me. I simply stepped over him and we never spoke again.

My housemates and I found ourselves in that position where someone drops out of your house and you need to find someone new, so after meeting a few people we found this one girl who seemed perfect – she was intelligent, sociable and really attractive.

After a few separate occasions of tempting fate by getting to know each other over increasing amounts of red wine, we ended up shagging. Just before she moved in. She asked if I wanted to carry on sleeping together but I thought the girl I was seeing and her long term boyfriend might have other ideas.

What followed was the most awkward year where she could barely look at me and treated me with absolute disdain while clearly showing her love for everyone else in the house – I ended up moving out by summer.

I was once seeing my housemate but we kept swinging between literally being best friends and ignoring each other. I wanted to treat him like I treated everyone else but he’d do really awkward stuff like walk into the room and hug everyone other than me or sit on someone’s lap even though there was a spare spot on my sofa. This obviously made the following one of the worst moments of my life.

We were playing psych and the question was: “If Laura and X were in a relationship what would their couple name be?”. As if his silence in response to this question was bad enough, he was then asked what he loves about me to which he swiftly replied: “Nothing.”

One evening my flatmates and I got really smashed and decided to go back to ours for some more drinks. I ended up sleeping with one of them (this was long overdue), only to wake up at about 7am covered in my own sick. I carefully removed the t-shirt I slept in and mopped up the small amount which was on the bed. She didn’t wake up and I carried my sicky clothing from the room to find two of my other flatmates playing Xbox.

I had to endure their banter about obviously having sex with our flatmate, all while cradling my little parcel of cold sick – which they thankfully didn’t notice.

The first time my housemate and I met we got drunk, watched a lot of Archer, and went back to his to shag. The next morning, he got a phone call from his mum informing him that his dad had Covid symptoms and that they needed to take a test.

This was my first casual hookup after a long term relationship, and I spent 48 hours in fear that I caught Covid from it. His test was negative and we’re still together now.

I came to uni in a relationship with a guy from home and in Freshers’ Week we were already having problems. The guy in the room next to me (that I had known for four days) told me he loved me and that I deserve better. I just ignored it which was big mistake number one.

Anyway, the following week I broke up with my boyfriend and was pretty upset and all over the place because we’d been together for over two years. This is when the guy in the room next door started leaving cups of tea outside my door and knocking then running away.

We spent a fair bit of time together, he took me out for dinner once and we’d watch movies and stuff but I was pretty blunt that I didn’t want a relationship and was just looking for a rebound. He said that was fine so we slept together. However, he got upset that I wasn’t interested in a relationship after sleeping with him and asked if we could talk so we went to his room.

He immediately started shouting that I should be happy with him and that I’m being horrible – I tried to leave the room but he blocked the door and continued shouting. So I had a panic attack, he got one of my other flatmates to help and then next thing I know he packs his stuff up and we never saw him again.

My flatmate and I were shagging for a while and things were going well. His younger brother came up to visit once so we decided to take him for a huge night out to show him the area.

He felt ill after pres but insisted we all went out as we’d planned such a big one. Anyway, we came back and drunkenly barged into my flatmate’s room but his brother wasn’t in there. For whatever reason, we started kissing and got straight down to having sex in his bed… only for his brother to come out of the ensuite having passed out in there with the light off.

• These are the worst types of housemates, according to students

Quiz: Only a true Gilmore Girls fan will guess who said each of these 15 quotes

Quiz: How far would you get in Bridgerton’s London social season?

Just 29 more Bridgerton memes, this time all thirsty ones about the Duke of Hastings