Uni scientists are spending thousands of pounds on ketamine, but don’t worry

Top university scientists are spending thousands of pounds on medical-grade ketamine for research.

Nine unis spent a combined £6,217 on the drug in the past three years, according to figures obtained by The Tab.

Sussex were the biggest spenders, dropping over £1,500 on ketamine.

Manchester’s Faculty of Biology, Medicine, and Health also spent £1,463 on the horsey dissociative over the three year period.

Here are the unis forking out for research ketamine: 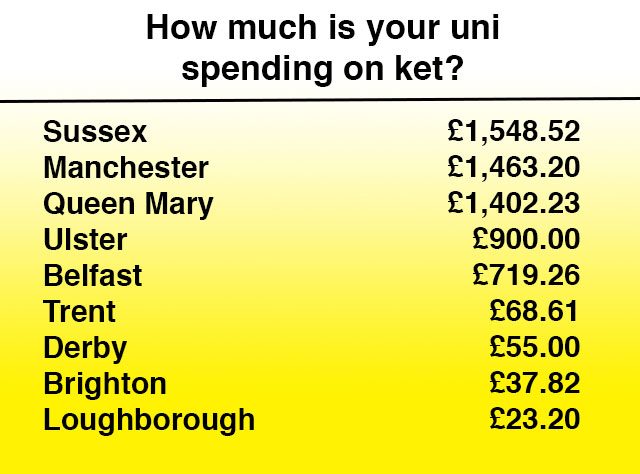 Scientists at Loughborough bought 1mg of ket, whilst at Derby, “all purchases were from a legal chemical, life science and biotechnology company and used for a 3rd year toxicology project and a masters project.”

We used Freedom of Information law to ask universities how much they had spent in the past three years on a selection of illegal substances.

Meanwhile, among students, Manchester and Manchester Met do the most ket, with over 60 per cent responding to our drugs survey to say they do ket more than once a year.

• Coke, pills, ket: The most popular drugs at each university in the UK