Lottie and Lewis reportedly got together in secret during Apprentice filming

They had a ‘night of passion’

The Apprentice 2019 candidates Lottie and Lewis apparently got together whilst they were filming for the show.

19-year-old librarian Lottie Lion and 28-year-old digital marketing manager Lewis Ellis reportedly had a “night of passion” whilst they were filming the task in Finland. They tried to keep it a secret but the other candidates soon found out.

A source told The Sun: “It was no secret among hopefuls that Lottie and Lewis had a night of passion together while abroad on a task. They tried to keep it on the down-low but word soon spread.”

“It was a little awkward for the rest of the show. Unlike a holiday romance they couldn’t escape seeing each other the next day.

“Romances do happen in the house, because everyone is living in such close quarters. While it’s frowned upon by production, bosses understand that it’s unavoidable, they just don’t want it to end up like Love Island.” 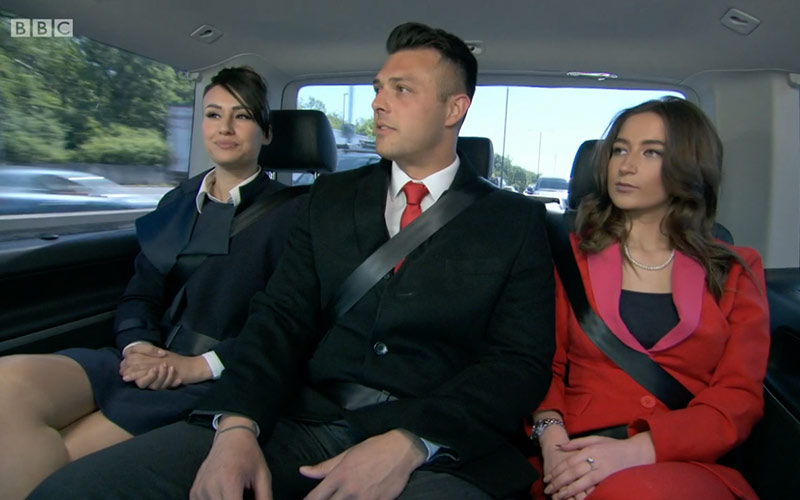 A spokesperson for The Apprentice refused to comment on the claims.

Lottie and Lewis have both just been put through to the final five of the show. Next week will see candidates face the famous interview stages. I doubt they’ll bring this one up. 👀

Lottie hasn’t been short of drama since her time in The Apprentice house. Just today she got into a huge Twitter argument with ex best friend and fellow candidate Ryan-Mark Parsons. He branded her a “shameful human” and she called him “disgusting” during the spat.

And Lewis hasn’t avoided the spotlight either. He got into a Twitter fight with none other than Lord Sugar himself. Lord Sugar said Lewis’ tattoos were “horrific” and called Lewis an “embarrassment”. Lewis hit back with an “Ok Boomer”. It was a lot.

Is it just me or has The Apprentice this year had a lot of drama?