The entire nation squirmed when Amy from Love Island told Curtis she loved him, just as he told her his head has been turned by someone else in the villa.

These three words and eight letters shouldn't seem so hard, but when it comes to telling someone you love them, it can go monumentally wrong.

I honestly felt bad for Amy last night but I couldn’t help but laugh at her ‘I was coming here to tell you I love you’ ? #LoveIsland pic.twitter.com/WaVdlyqYJ5

There are so many tragic scenarios to choose from. Someone may tell you they love you on too quickly or you might say it and get absolutely pied. There are even some people who will say it and take it back.

Everyone has a tale to tell, so we got people to send in their worst "I love you" stories and these are the worst:

It was the first time I had sex after breaking up with my long-term ex. My Tinder date asks me for a massage, which I don't mind giving. She then lets it slip that she loves me. On the first date. In all fairness we had two bottles of wine, but it was still extremely weird. She then told me her mum was coming at 8 the next morning, so I scrambled out of there as fast as I could.

I once was on a second date with a guy who was a barman at my local pub. He was really charming, and seemed really fun and we got on well. The first date was good, but he was coming on quite strong, telling me A LOT that he really liked the vibe we had.

He said I was a beautiful a few times, which was great but started to get a bit much. The second date was the same, and he came back to mine. Unfortunately he had a bit of an issue getting it up and told me he was nervous – I told him it was fine.

When he did eventually get into it, within a few minutes he stopped, looked me deep in the eyes and said "I love you". I couldn't say it back because a) I didn't and b) I was creeped the fuck out. Safe to say I never saw him again, but he does slide into my DMs sometimes.

I was one month into officially being with this guy and he said "I love you" right after we had sex. I wasn't in love with him at the time (I was well on my way but not there yet), but I felt way too awkward not to say it back. I was annoyed with myself because I would have rather said it when I truly meant it, but I didn't want to hurt his feelings 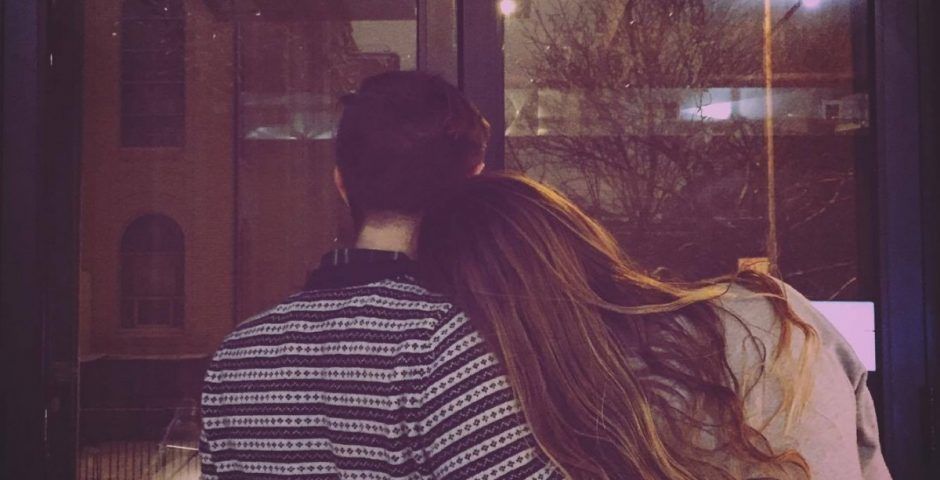 If wasn’t massively tragic but I was high on major painkillers when my knees were really bad. And I told my boyfriend I loved him because he brought me cake but we’d only been together like a week. Yikes.

I used to get really embarrassed by this story but now I just laugh at how tragic it all was. My ex and I were dating for about nine months by this point and he came to see me all the way from uni, because I was distraught over something really little.

Later on in the evening he instigated the conversation, being like: "I've been speaking to my friend a lot about when people tell eachother they love them" and my stupid head thought he was about to tell me he loved me. So I was all like: "I know, I feel it too." So I told him I loved him. His face dropped and he told me he wanted to tell me how not ready he was to tell me he loved me. I wanted the entire ground to swallow me up.

A few months later, the same ex told me he loved me by accident and took it back. We were on the phone and he accidentally blurted it out, I ignored it, knowing it was an accident. And he was all like: "Did you hear that?" And I told him I did, to which he was like "I'm sorry, I didn't mean to say that." I don't know why I didn't dump him before the second time to be honest.

When my ex-boyfriend broke up with me, he said he’d never really liked me and was just lonely. He paused for a bit and then said: "What’s the problem, you don’t love me do you?’"and I had to be like no even though I did.

I literally had a DM from a guy I knew from college that I’d never ever spoke to and he was fully just like "I love you." He said he’d wanted to tell me for a while but I’m the most stunning girl he’d ever seen and he couldn’t stop looking at me in college. I just replied saying: "We’ve never even spoken?"

• How to expertly eye fuck someone, a beginner’s guide

• How to pull on a first date, a guide for boys and girls

• Every girl has been ‘Michaeled’ at least once in her life