Horoscopes can reveal what you’re like in bed, and suddenly it all makes sense

It’s written in the stars

Ever had sex with someone and just couldn’t figure out why it was so good? Well, as always, the answers are hidden in the stars.

Your horoscope Sun sign can reveal many aspects of your sexual personality, what you want in bed and what it’s like having sex with you. Also, according to astrologist Kiki T, every star also has a favourite position.

An Aries knows exactly what they want and every sexual encounter is seen as a conquest. They’re decisive, take initiative and don’t give up until reaching climax.

Sex to them isn’t about intimacy, it’s about having an intense experience. They’ll change partners frequently until the right one comes along.

Even though it might take longer for a Taurus to get turned on, they excitement lasts for long. A Taurus can be lazy in bed and sex to them is hard work, but once started they have a perseverance like no other sign.

They’re not easy to please either and there’s something quite animalistic about having sex with them.

To a Gemini sex is like a game. They don’t take it too seriously, so an emotional connection isn’t necessary for them to enjoy the experience.

If anything, strong feelings can be a turn off. Geminis are also big fans of foreplay, wanting to prolong everything as much as possible.

A Cancer views sex as a sacred act of escapism. They want it to be as sensual as possible, making them feel alive.

They’re in control and won’t stop until both parties involved are satisfied. Having sex with a Cancer is pleasurable and physical.

A Leo has a big and lustful sexual appetite and is surprisingly easy to seduce. However for a Leo to feel pleasure, their ego needs to be stimulated, and they’re not even sorry.

They want to know that their partner is satisfied and get off visual and audible results.

A Virgo strives for perfection, they’re prepared to put in the work and spend any amount of time to get there. Having sex with a Virgo is all about patience, it takes time and hard work to satisfy them.

The purity associated with the sign relates to their impeccable standards when seeking a long-term sexual partner.

As an Air sign, a Libra needs a strong mental connection. Having sex with them is all about finding balance and becoming one entity. The act requires great attention to detail.

However, they dislike it if their partner is not as committed as them or focuses on their personal satisfaction – a Libra wants them to be on the same page.

Scorpios are all about passion. They’re the most sex-driven sign of the zodiac and have an intense, exciting sex life, wanting to experiment all the time. They’re kinky but even that sometimes isn’t enough to satisfy them. What they really want is someone with an endless sex drive to match theirs.

Favourite position: Anything and everything

The fire sign might be a lot to handle, but it all makes sense when a Sagittarius gets in the bedroom. They love getting attention, but will give back as much as they get.

Sex with them is intense and relentless and they need a partner that can keep up with the tempo.

They might have a calm exterior, but it’s an entirely different story in the bedroom. Capricorns are playful and adventurous but they hate being rushed.

As an earth sign, they have a powerful sensuality and they’ve planned every second of every sexual experience in their head.

An Aquarius doesn’t like things being the same. They want to constantly switch things up but are still sensitive to their partner’s needs.

The free spirited sign doesn’t like being tied down and loves being in control of their sexual desires.

Favourite position: On their back as their partner watches

Having sex with a Pisces is a delicate experience, one that is emotional and deeply satisfying.

They’re open to experimentation and are sometimes so focused on pleasing their partner, they will forget their own needs. Their sensitive nature means they’re caring during and after sex. 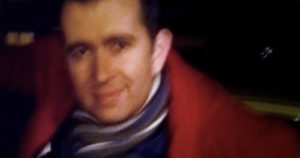 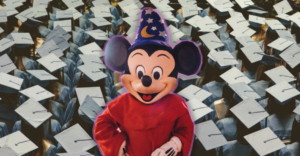