Revealed: How many people studying your course take drugs

There’s something about the arts. You’re more enlightened, you grow your mind past numbers and letters and outside of all those perfectly geometric boxes, and into a world of colour and history and human endeavour. And, you take a lot of drugs.

You can almost imagine them all sitting round in a seminar, outside on the lawn, surrounded by butterflies and sitting on straw bags once used to transport coffee beans, passing the spliff to the left hand side, discussing the values of the male gaze in Orientalism.  That’s because – according to our drug survey of 11,000 people – 95 per cent of History of Art students, and 94 per cent of those who study Art, say they have taken drugs.

Closely following them are those who think they’ve got a bit more about them, because they study dead languages and ruins on the ground. 90 per cent of Classics students have taken drugs, ranking them third. Business students’ efforts to become the next Jordan Belfort aren’t that in vain. They came joint fourth with Sociology at 89 per cent.

The boring know-it-all Medics, Dentists and Vets find themselves in the bottom three.

How druggy is your course?

History of Art 95 per cent

The Tab’s Drug Survey was taken by 11,000 people. It’s the biggest survey of its kind. For more results, see here. 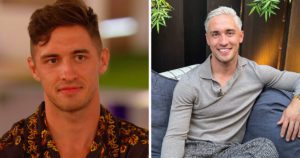