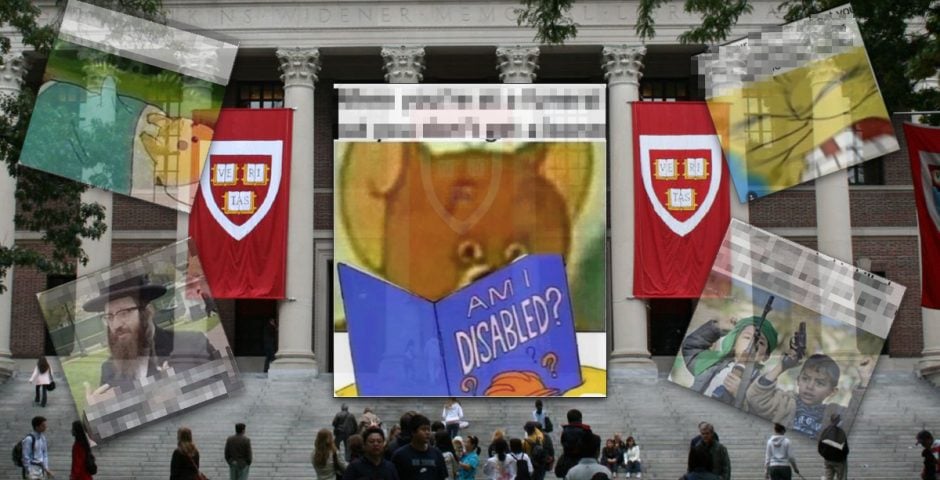 They are very offensive

6 years ago | UPDATED 4 years ago
News
US

Ten incoming Harvard freshmen had their places rescinded by the university for sharing stomach-churning memes.

Jessica Zhang, who is about to join Harvard’s Class of 2021, left the group after seeing what was being posted in it. She told The Tab: “Some people replied with ‘lol’, a fire emoji or ‘omg’ and found them either funny or shocking…more and more people began leaving the chat when they saw those memes.”

The Tab was sent images from the thread by incoming freshmen. The memes, which include jokes about the Holocaust, pedophilia, suicide, racism, school shootings, and bestiality, were apparently among those linked to the rescinding.

Be warned, they are highly offensive. We have chosen to publish them to give full context to the administration’s decision to rescind the students’ offers. 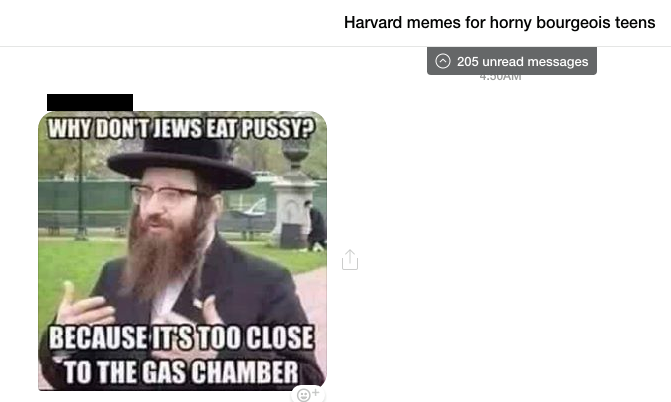 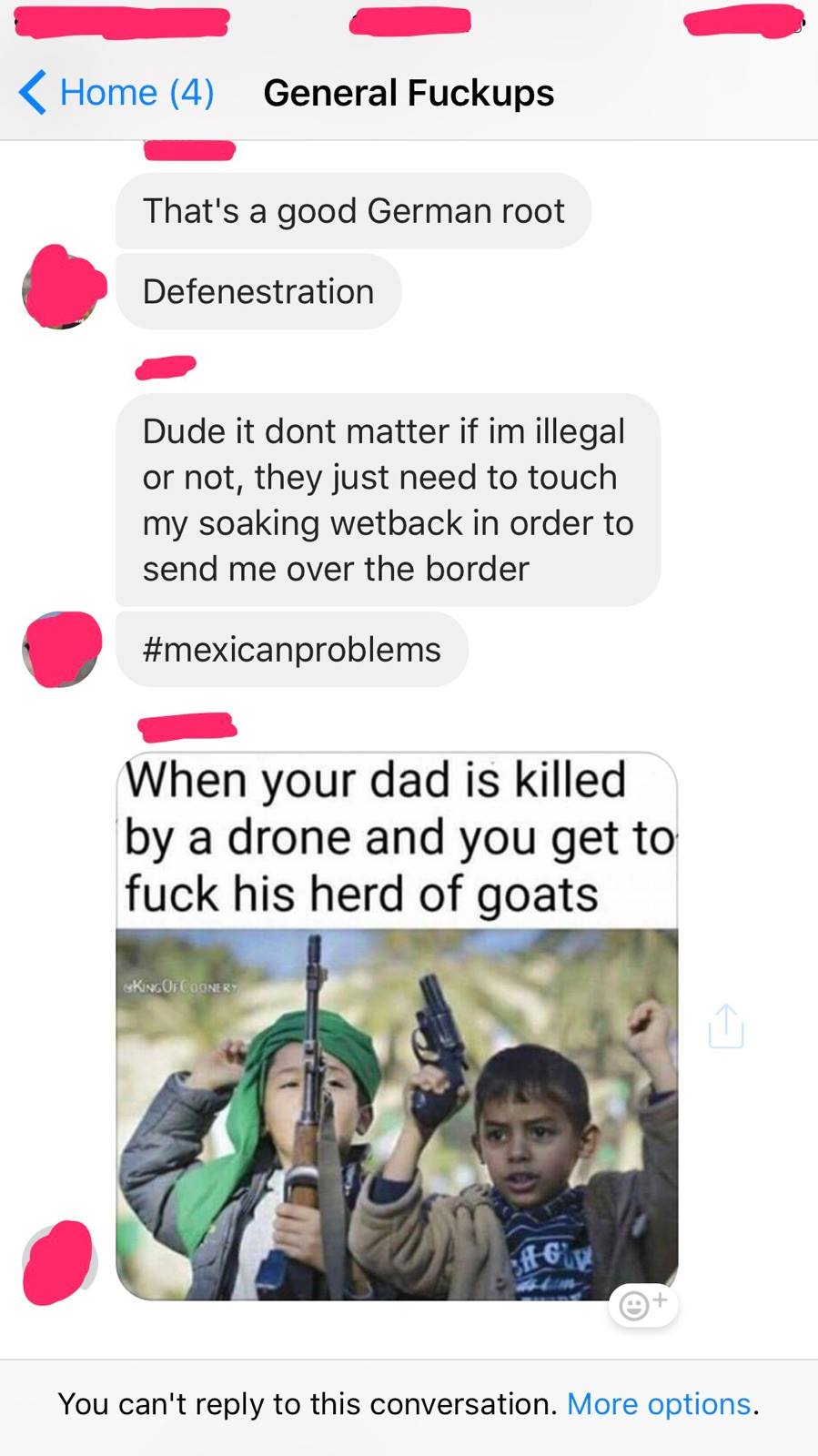 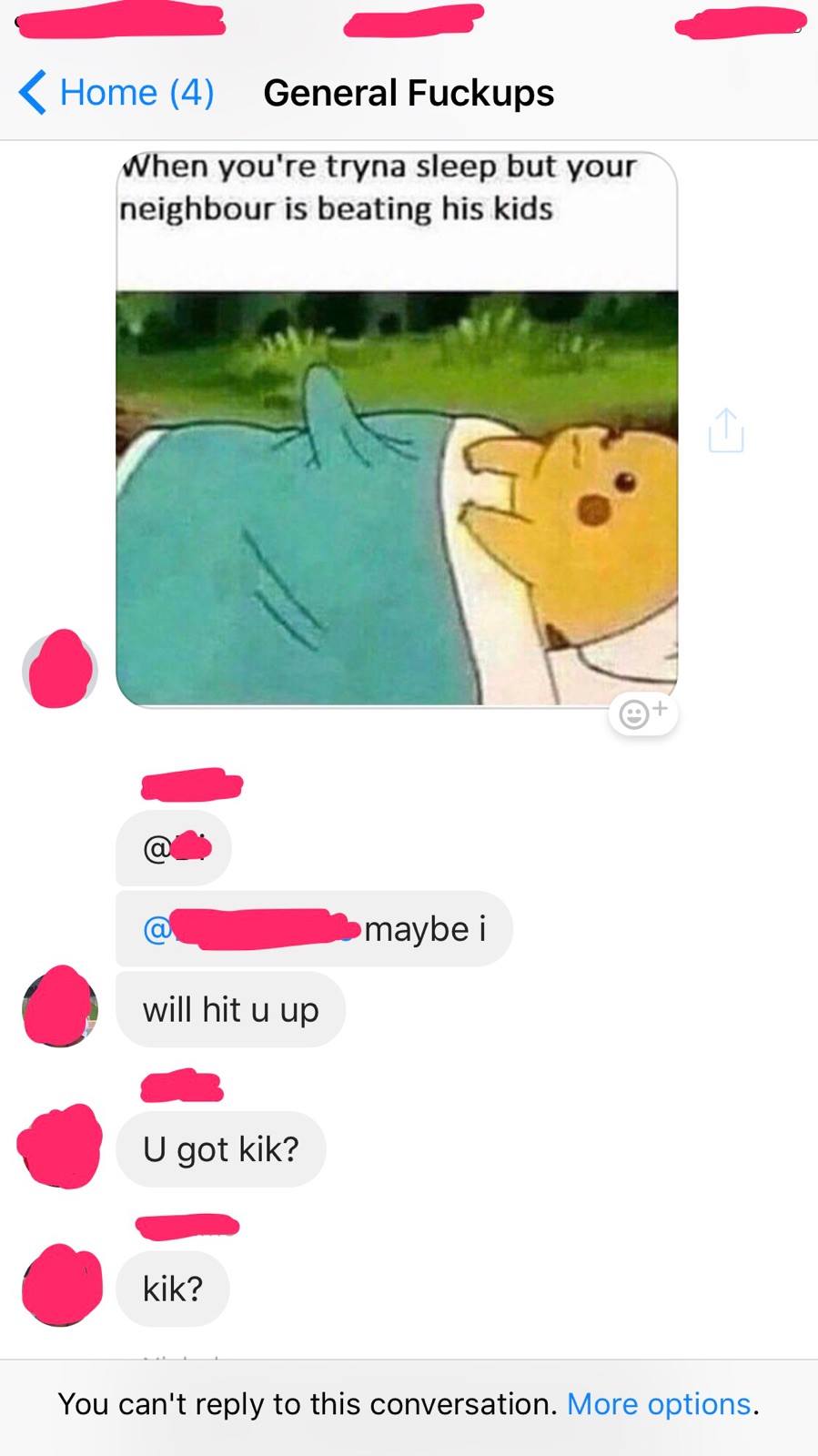 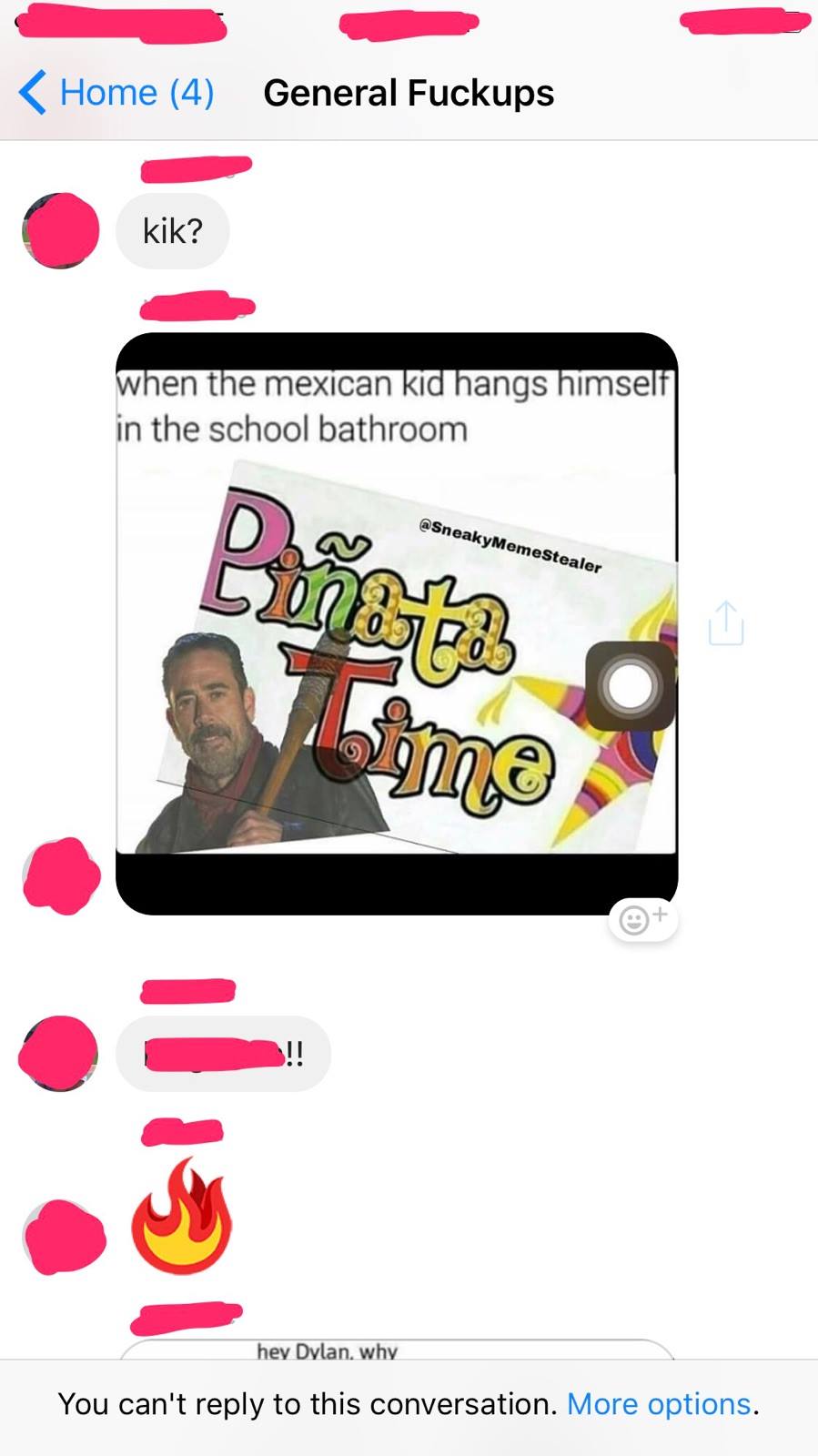 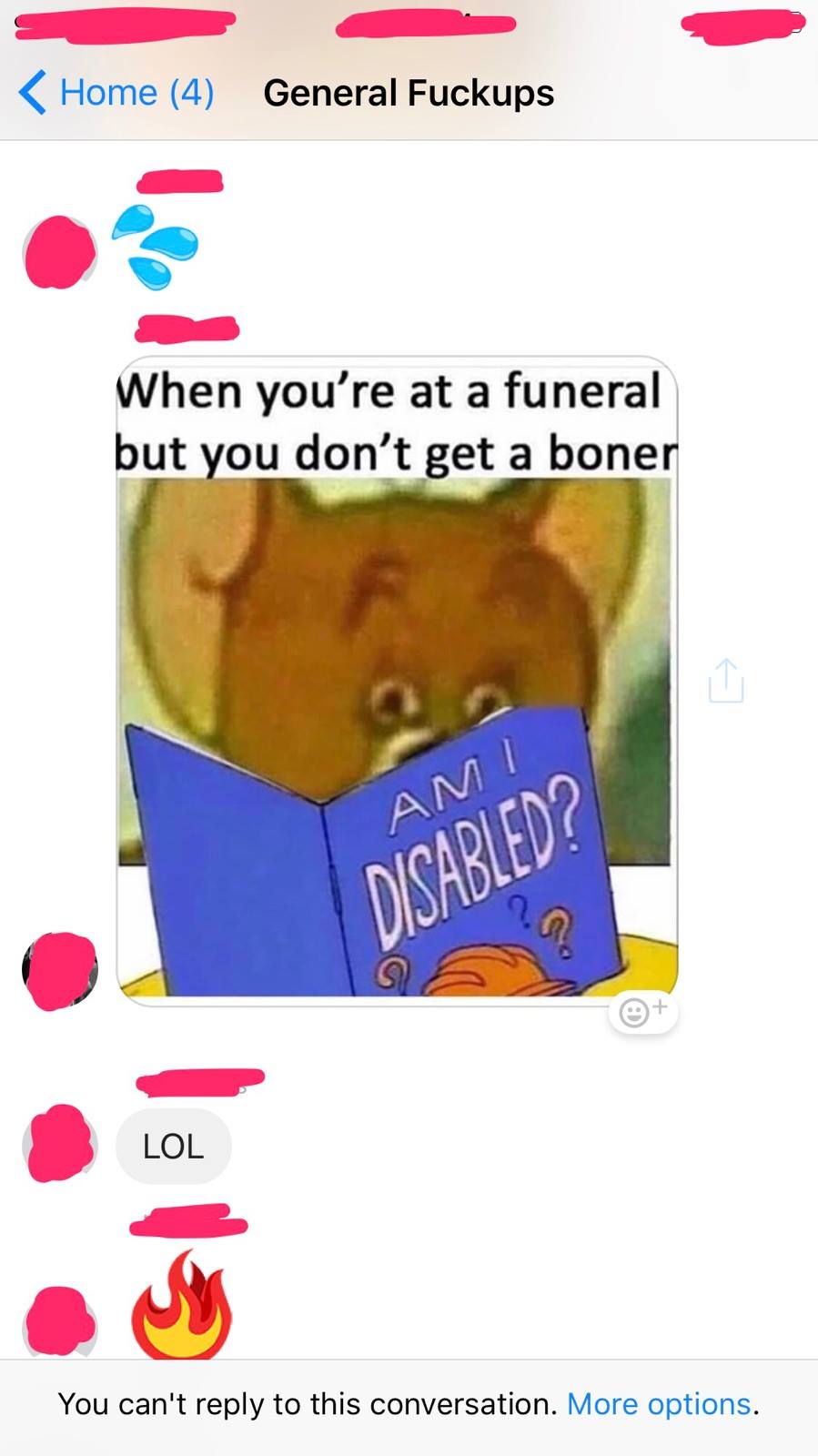 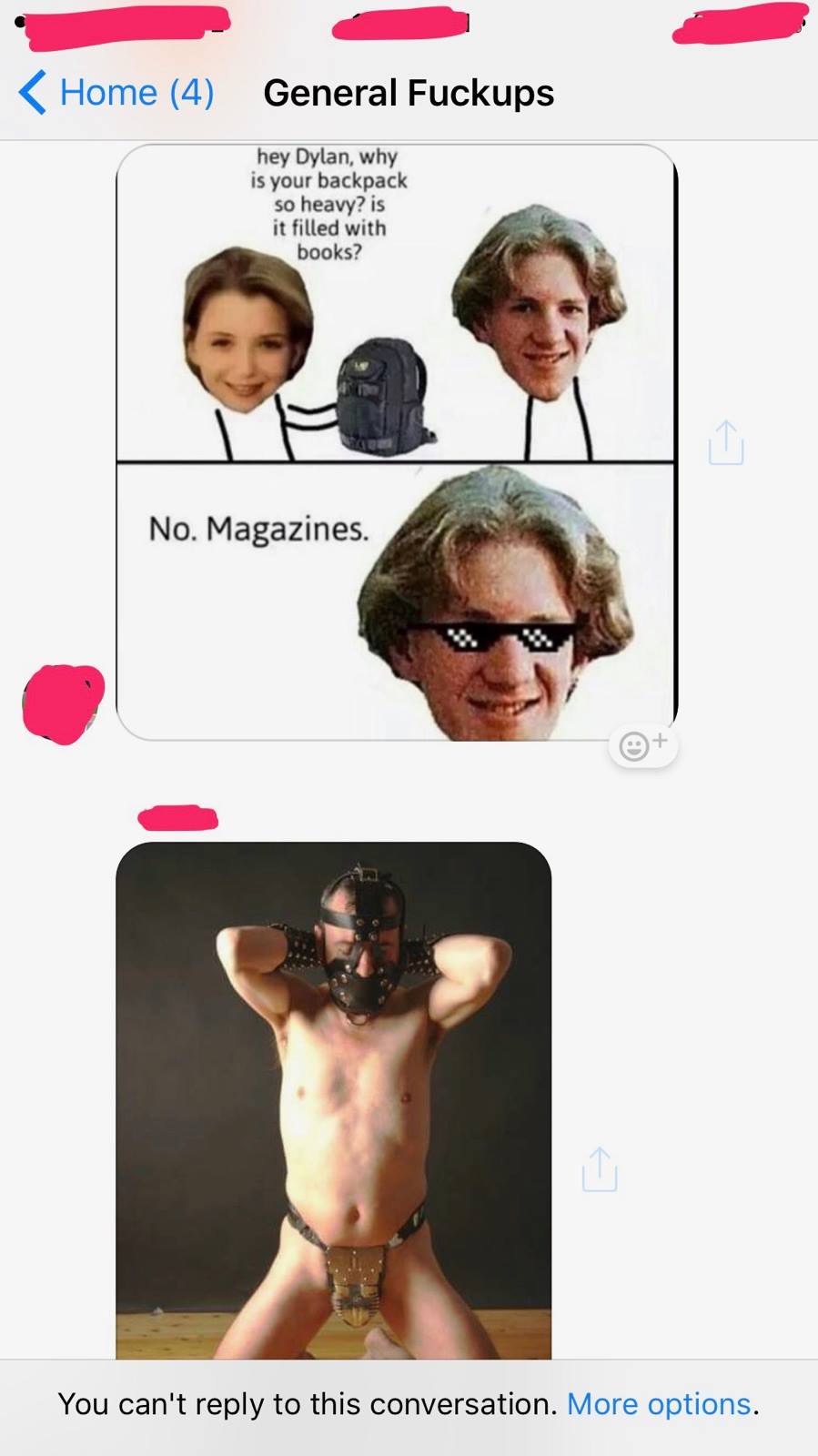 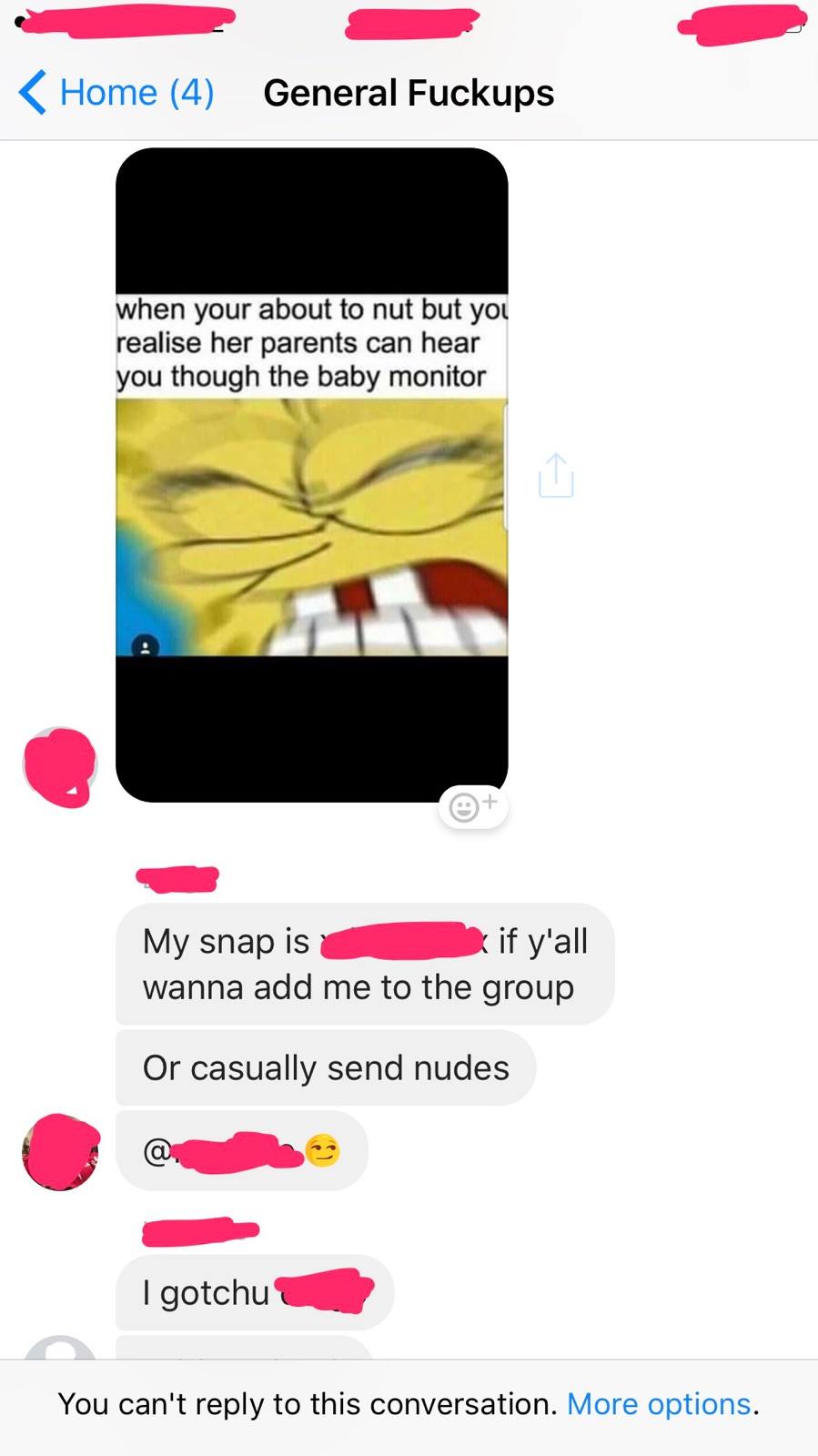 Wyatt Hurt, another member of the Class of 2021, said: “I wasn’t surprised by the actions of the administration and I thought that they were the right actions to take. Other students I’ve talked to, from Harvard and otherwise, all generally agree that it was the right action as well.

“Harvard is one of the schools that is shaping the leaders of the future – it’s absolutely a privilege to attend, and when those students posted such hateful material it became clear that they weren’t honoring that privilege.

“As far as how administration found out, I know that a few other admitted students sent screenshots to the admissions office.”

The Admissions Office contacted individuals from the meme group to say:

“The Admissions Committee was disappointed to learn that several students in a private group chat for the Class of 2021 were sending messages that contained offensive messages and graphics… As we understand you were among the members contributing such material to this chat, we are asking that you submit a statement by tomorrow at noon to explain your contributions and actions for discussion with the Admissions Committee… It is unfortunate that I have to reach out about this situation.”

A Harvard spokesperson said they do not comment on individual applications.

If you have more information regarding this incident, please email [email protected]. Follow The Tab on Facebook.