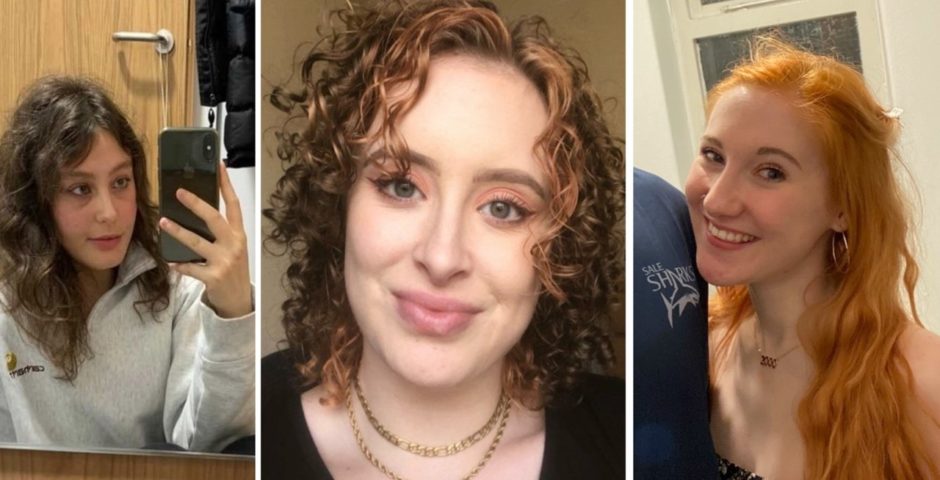 ‘He was grabbing me all over’: Sheffield students open up about sexual harassment

Ten brave students have spoken out

The tragic death of Sarah Everard has sparked a nationwide discussion about the safety of women, particularly in regard to harassment and assault. A recent Guardian article found “almost all young women in the UK have been sexually harassed.”

Following this, women across the country have taken to social media to share their experiences of feeling unsafe walking home, being sexually assaulted, stalked, and more.

Out of 360 Sheffield students who took our recent Instagram poll, over 75 percent had been sexually harassed or assaulted – with 59 percent of the incidents happening in Sheffield. We spoke to some brave students who wanted to share their stories. 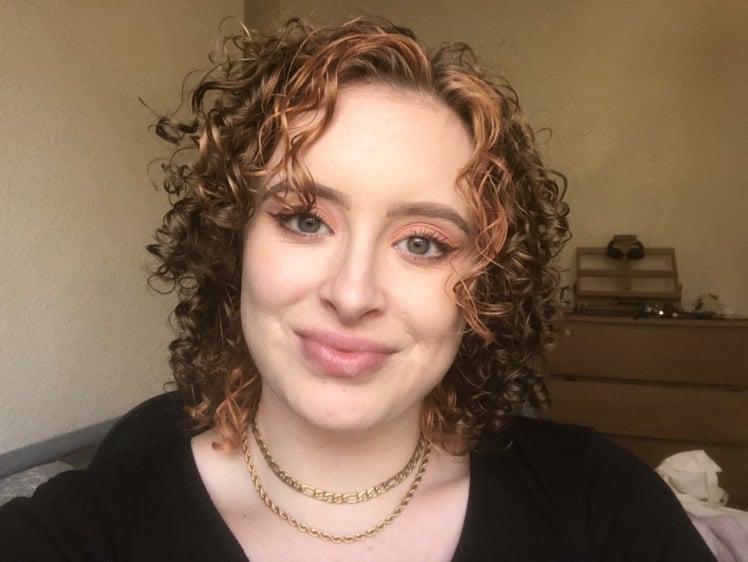 “I was on a bar crawl with my boyfriend and some friends, we saw two guys while crossing the tram tracks. They were walking close to us and the one nearest to me squeezed my bum.

“I was in disbelief, I said to my boyfriend ‘he’s just grabbed my bum!’ and turned to see the two guys laughing about it.

“My boyfriend didn’t really react in the moment and he now really regrets that. Our mate at the time started shouting after them but I urged him away because I didn’t want anything worse to happen.

“I’m just glad I was with men at the time really.”

“I was walking home from Collegiate library and when I crossed the road a 50-ish-year-old man came from nowhere and started trying to talk to me.

“He said ‘you’ve been library, haven’t you. So have I’. I said nothing back but I knew he hadn’t because I had been there all day. I did everything I could to lose him, like crossing the road and hanging back to let him in front, but as I reached the bottom of the path near Waitrose I felt him behind me.

“He grabbed my hair and in a blind panic I spun around and punched in whatever direction. I think I hit his face and he hit me back across my face. I used my heavy bag full of books to push into him to gain space and ran away.

“When I got home I noticed that my nose was bleeding, I hadn’t felt the pain as I was so panicked.

“Something needs to change, in a weird way I’m glad it was me instead of someone who might be less outspoken.”

“After a night out for a friends birthday, I’d left early because I was getting a train home early the next morning. I found my friend outside and he was too drunk to get home on his own. I said I’d made sure he got home safe because he was a mate.

“As we were walking back he kept trying to get with me and persuade me to go back to his, I said no and reminded him that I had a boyfriend. He eventually stopped persisting so I tried to get him back to his flat. He started grabbing me all over despite me telling him to stop.

“Some of his friends even walked past at some point but they laughed and carried on walking. He only stopped when I threatened to call the security from the accommodation.

“I spoke to a few friends about it but they didn’t do anything and he is still in our friend group. I still have to see him sometimes.” 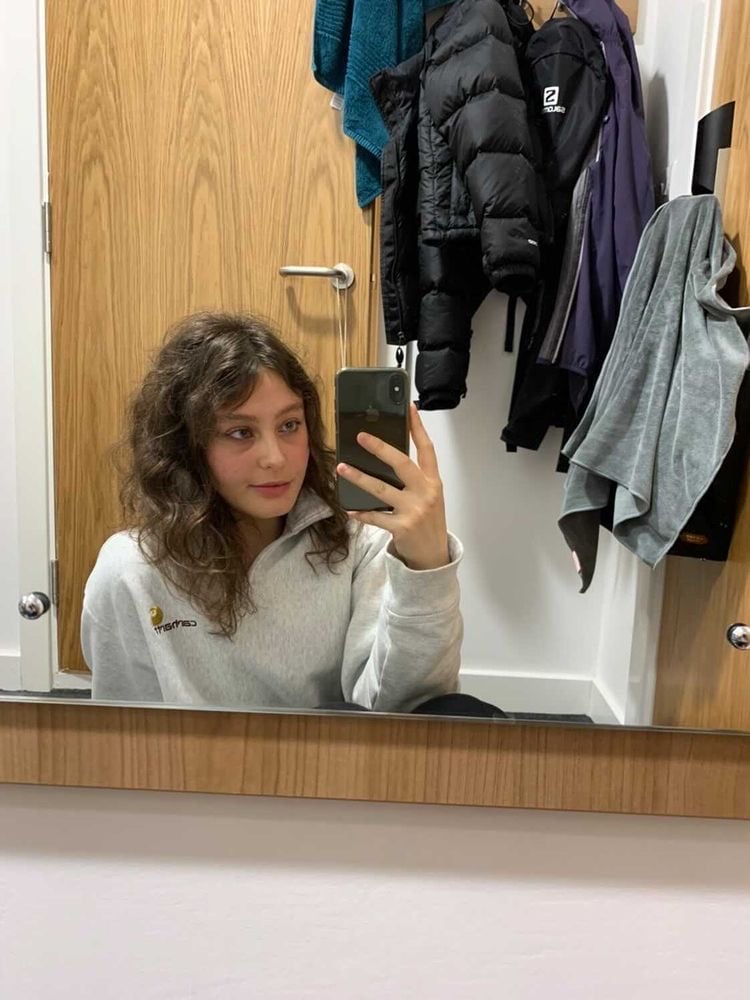 “I was working at a pub in Sheffield when I was grabbed by a male customer on my bum whilst I was collecting glasses.

“I reported it but the man who grabbed me got nothing more than thrown out of the pub that night. He was back the next day as though nothing happened.

“I’ve found that lots of men like to blame their actions on alcohol but I think the lack of accountability is disgraceful.

“On top of this physical assault I was also verbally assaulted many times. People would say ‘look at your arse’, ‘the things I’d do to you’ and ‘you’re coming with me tonight’. They also took photos of me without my permission.”

“I’d been on a night out and started chatting to a lad that I had mutual friends with. Most of my friends had gone home so I decided I would too, this guy said he didn’t want me to walk home alone and as he was so friendly I thanked him for offering to walk me home but said I would get an Uber.

“He insisted on walking me home and when we got there he asked if I had a charger he could borrow so he was able to get home so I said yes. He came in and got straight into my bed.

“He stopped but ten seconds later was trying again, literally trying to go inside me. I had to physically remove his hands from my body but that didn’t even stop him and he continued to try.

“I took myself out of my bedroom and into my friends room and cried. I couldn’t return to my room until he had gone. I was quite shaken up after that. I was seeing a different lad at the time and I told him what had happened and he told me that I was asking for it. It really hurt me.”

“During freshers I had left roar and was walking home alone. A man that I had been speaking to in the corridor followed me out as I left. I had made it clear that I had a boyfriend and I wasn’t interested.

“Half way home I noticed he was walking behind me but not wanting to judge I just assumed he happened to live in the same direction. He caught up to me and continued to try and get me to go home with him.

“At one point he said ‘it doesn’t matter, I have a girlfriend too, it’s not cheating as it’s just one night’. He started kissing me and I was too afraid to push him off in case he got aggressive. I just kept telling him no and eventually he stopped.

“A taxi of med students pulled up alongside us as they could see how uncomfortable I looked. They insisted the driver took me home first and made sure I got home safe. I am really grateful that they saw what the situation was and intervened.

“I am certain that people had have worse experiences but I think the fact that these smaller things happen so commonly is so scary.” “In freshers week we went to a club after our night out and we’d only been inside 20 minutes when an older guy in his late 30’s put his hand up my dress as I was dancing.

“I’d had no conversation or contact with him but I managed to catch a glimpse of his face so I went and told the bouncers what happened. The police were called and he was arrested and spent the night in a cell.

“I gave my statement to the police and then a police officer came to my halls and took the clothes I was wearing that night as evidence. I didn’t want to press charges as I was worried it would become the main focus of me starting university.”

“I was passed out after a night of drinking and my flatmate must have come in because when I woke up, he was in my bed. At no point did I indicate I wanted him to be there.

“I made an excuse that I wanted to go back to sleep to get him to leave but he said ‘well I don’t’ and started trying to kiss me, despite me physically moving away from him.

“It got to the point where I completely froze up as he forced my clothes off. I couldn’t move and I couldn’t talk. There were moments where I managed to break out of my frozen state when I tried to come up with excuses for him to get out. I was so afraid he would get angry if I just told him to leave.

“He eventually left. I locked my door, completely stripped my bed and had the hottest shower imaginable just to get his hands off me.

“I can’t even begin to explain how awful this situation was. I couldn’t leave my room but I also couldn’t sleep on my bed so I was trapped. I had nightmares of it happening over again, sometimes I’d dream that he was knocking my door down to get in.

“I had to continue living with him for two months as I was told that he couldn’t be kicked out if he didn’t want to leave. During this time I was trapped in my room, I was self-harming, obsessively cleaning my hands and not eating. I felt completely alone.”

“When I was a fresher I went on a night out and lost my pals on the dance floor. I met this guy who was super friendly and we got chatting after dancing together. He really put me at ease about losing my mates and after a while we snogged (which I was fine with).

“Then, he put his hands down my shorts and under my underwear. I yanked his arm out but by that point I’d already felt so violated. I was so scared that I just dipped right out of the club.

“I got a taxi straight home and I never really spoke about to anyone for weeks because I was new to university. Luckily, my mates were kind and supportive. I’ve graduated now but I still about that night and what went through that guys mind.”

“I was walking up the stairs in a club when a man catcalled me and grabbed my bum. I was too surprised to react so I just ran up the stairs and carried on.

“Another time, in the same club, I was with a few friends and could see an older man in his forties staring at me while I was getting a drink. He came behind me, put his hands on my hips and tried to kiss me. I moved away and told him I wasn’t interested.

“He seemed to get the message so I carried on my night but about half an hour later I noticed him looking at me again and this time he was holding his crotch with is hand inside his trousers.

“I went to the security guards at the bar and they said they didn’t see it so there was nothing they could do.”

*Names changed upon request for anonymity

If you have been impacted by these stories or need support for sexual harassment, please contact the services below: 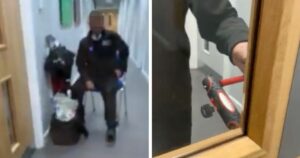