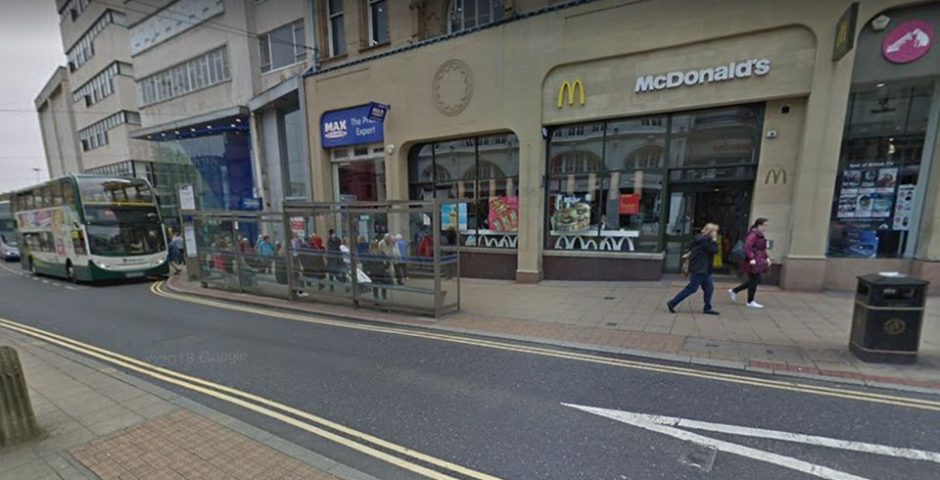 He assaulted a man

A 21-year-old man was arrested this morning after walking into McDonald's wielding a machete.

It is reported that he entered the High Street restaurant just before 9:30am and assaulted a 47-year-old man, although his injuries are not life-threatening.

The suspect was detained by South Yorkshire Police on suspicion of being in possession of a knife or bladed article and drugs, although SYP state that it is not terror-related.

Pictures show a man being detained by police outside McDonalds in #Sheffield City Centre after the machete attack this morning.

Many shops around the area were forced to lock their doors in order to protect staff and customers. However, CCTV operatives noticed the man before the attack took place, reporting it to the police, who were on the scene in less than two minutes.

The attack has left a lot of people worried across the city, with many taking to social media to express concern.

However, many were also quick to commend the emergency services for the speed in which they acted, putting the safety of the public before themselves.