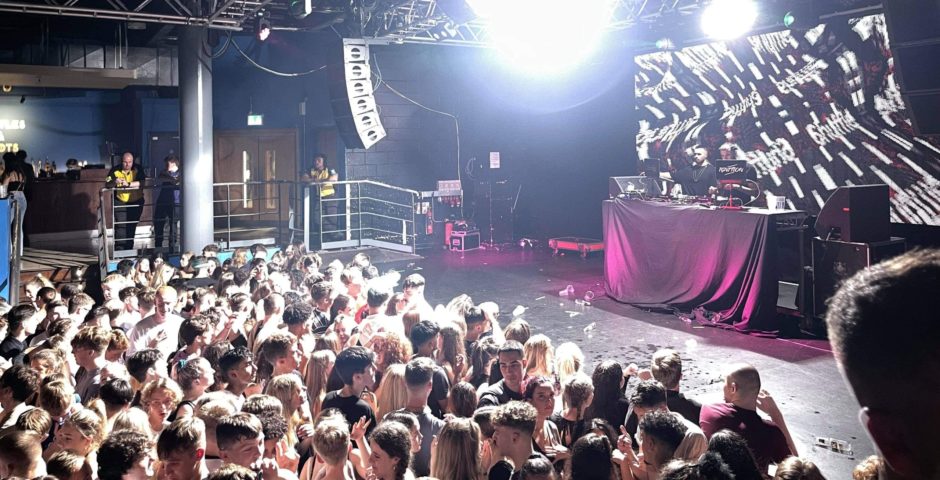 ‘She couldn’t even stand up’: Leeds students share their experiences of spiking

Spiking is something you always hear about but never assume will happen to you. This has always been my mindset, but on Friday night, everything changed.

My friends and I headed to the club. We had finished up with pre-drinks, but I wasn’t really feeling it. When we got to the club, I headed to the bar alone to get myself another drink. This drink was handed to me by a stranger. I sipped it and it tasted a little salty. I didn’t think much of it.

Not even half an hour later, I was convulsing and throwing up blood. I was struggling to breathe. I was begging my friend to message those closest to me to tell them I love them. My head felt with it but I couldn’t move my body. I was found by the club paramedics. They dragged me to a separate, smaller room and shouted at me to sober up. They told my friend to cancel the ambulance she had called and to not waste their time.

This was an hours long ordeal and I wasn’t getting any better. My friends dragged me out of the club and got me in an Uber home. They stayed the night with me because they were so concerned.

Now, I’m the first to hold my hands up and admit when I’ve drank too much. But I know my limits: I had drank a fair amount, sure, but even in the past when I have been paralytic, I had never reached that point.

Confused, I spoke to a doctor. They told me that the events were consistent with GHB (better known as the date-rape drug) consumption. Suddenly it all clicked. My drink was extremely bubbly, and the salty taste was consistent with the presence of GHB. I was shocked and embarrassed – I could not believe this had happened.

I wish we had held on and not cancelled the ambulance. I wish I was more observant, more careful. I wish I had been looked after by the paramedics, rather than shamed for something that wasn’t even my fault. Had my friends not been with me, the consequences could’ve been dire.

I was saddened to see that I was not alone in my experience. 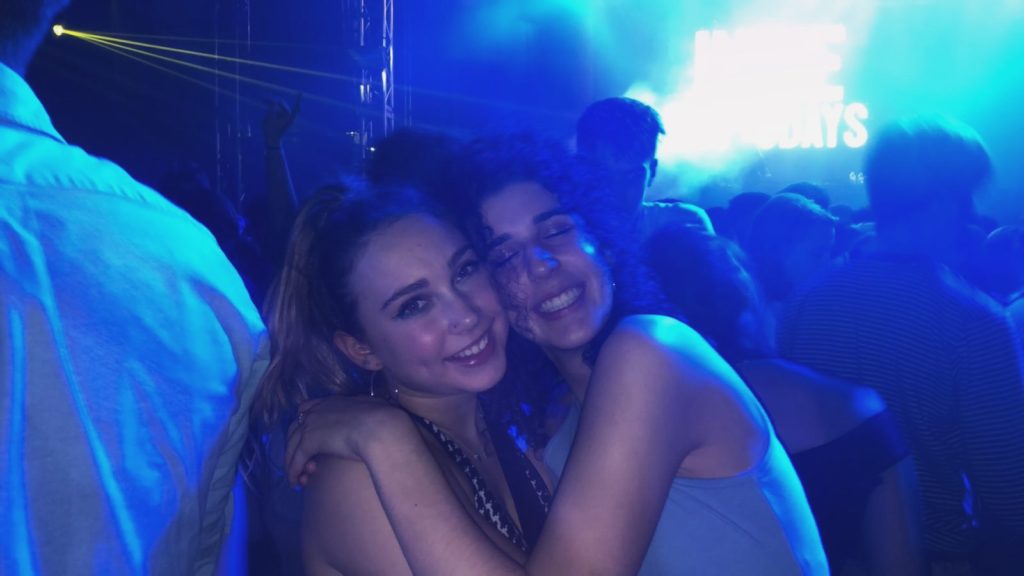 Thank you Ella. I don’t know what would’ve happened had you not looked after me that night.

Spiking has always been something we have been warned against. From the moment I started going out, it was always engrained in me to cover my drink with my hand and never leave it unattended – this is a familiar protocol amongst many. In the wake of the tragic deaths of Sarah Everard and Sabina Nessa, women have been on guard now more than ever.

In a time of what should be an exciting point in returning to normal life after multiple lockdowns, this has been met not with anticipation, but instead with fear.

Gone are the days where people had to protect just their drinks alone – with the rise of the injection spikings, it feels there is no real way to control our safety anymore. Though drink spikings are still on the rise, as too are injections, which pose extreme and long term health risks to the victim.

In a poll conducted by The Leeds Tab on Instagram, it was revealed that 91 Leeds students believe they have been spiked, and a further 308 students believe they know someone who has been spiked since the beginning of the academic year. With this method of assault and abuse on the rise, we reached out to a few brave students who were willing to share their experiences with spiking.

‘She couldn’t even stand up or speak properly’

Lia, a student at The University of Leeds, tells us of her recent encounter with spiking whereby her friend suspects she was spiked.

“My friend got spiked the other day. She couldn’t even stand up or speak properly,” she recalled. “We didn’t realise at the time! [we] just thought she was really drunk.

“She remembers everything up until a certain point and then nothing. She wasn’t hungover at all the next day,” Lia continued, stating that this was an indicator to them that it was “probably not alcohol-related.”

‘He couldn’t believe it had happened to him. I feel like he thought it was impossible for a man to be caught up in this’

Tamzin*, a second-year student, spoke to The Leeds Tab about how her male friend was injected in a bar one night.

Tamzin said: “He was waiting at the bar and got injected. His body went limp in a matter of minutes and suddenly he was being violently sick. We had to take him outside and wait for an ambulance.

“When he came to, he couldn’t believe it had happened to him. I feel like he thought it was impossible for a man to be caught up in this. But this is the problem: spiking doesn’t really discriminate.”

Tamzin told us that although her friend is physically on the mend, he is experiencing a harsh mental strain following his experience. “He can’t stop thinking about it. It’s a huge weight that he’s carrying with him. He’s shocked. We’re all shocked,” she said.

‘I felt a slight scratching sensation and then it all went dark.’

Alesha*, a third-year student, also came forward to share her experience of spiking, which happened last week. She opened up about how she was injected at a nightclub, and how this affected her.  “I was just with my friends,” Alesha told The Leeds Tab. “I thought that if I was in a large group then I would be safe. We were dancing and the next thing I knew, I felt a slight scratching sensation and then it all went dark.

“I was taken home by my boyfriend who stayed with me throughout the night, and the next day we went to hospital to get checked over, as I had woken up with a lump on my arm and a small open wound.”

After numerous tests, Alesha was relieved to find that the needle hadn’t transmitted any damaging illnesses into her system.

She said, “Thankfully I haven’t been exposed to any illness. I’m going back for a checkup in a few weeks, but for now I’m staying in and thanking my lucky stars that the outcome wasn’t as bad as it could’ve been.”

Unfortunately, these experiences aren’t rare at the moment. Facebook’s Leeds Students’ Group (LSG) has been flooded with a vast amount of spiking accounts. One user took to the group to warn others about her sisters experience with spiking.

Others have taken to LSG too, warning others of their own experiences, and the lack of care they received from the bouncers in the wake of their experiences.

One user took to the Facebook group, writing: “The bouncers were rude and did absolutely nothing besides denying it happened and insisting I was either spiked before I went there or just drunk.”

The response: Girls Night In

The rise in spiking has garnered a large response on social media. Lucy, the student behind the instagram account @girlsuncutleeds, spoke to The Leeds Tab about the rise in spiking, as well as the Leeds Girls Night In initiative taking place on 27th October, which is pushing for the boycott of all clubs in a bid to raise awareness for the spiking epidemic.

Lucy said: “The stories are coming in thick and fast. We’ve had reports of it happening five times last night alone.

“Girls have the mentality to protect themselves. This narrative is severely problematic and needs to change. The focus needs to shift to preventative measures as well as a focus on the perpetrators of these crimes rather than the victims.

“It’s dumbfounding how people can see boys and girls in this state and still have a lack of empathy,” Lucy continued. “I don’t want people to feel that spiking is exclusively aimed at women. Although it is seen to be sexually motivated, with 70 per cent of spikings happening against women, it is something that can sadly be experienced by anyone.”

Lucy continued by emphasising the importance of the Girls Night In initiative. “The purpose of the boycott isn’t to strip clubs of their revenue or to stunt club traffic,” Lucy told The Leeds Tab. “Instead, we want to bring attention to the events that are happening around us and open up a dialogue with the clubs about how we can combat this.

“People see spiking as a lesser form of assault, but in reality it can be fatal. It can kill people so easily. The way people view it is really stunted and it needs to change.”

Below is a list of links and helplines which can provide support and guidance for victims of spikings, injections and assault:

NHS guidance on help after rape or sexual assault

If you or anyone you know suspects they have been spiked, call 999 immediately for medical help. Alternatively, if you have been affected by any of these stories and need to reach out, contact Refuge on their free 24/7 helpline 0808 2000 247 or contact Rape Crisis online for a free confidential chat helpline. You can also reach out to Victim Support on 0808 1689 111, or contact them on their free 24/7 chatline.