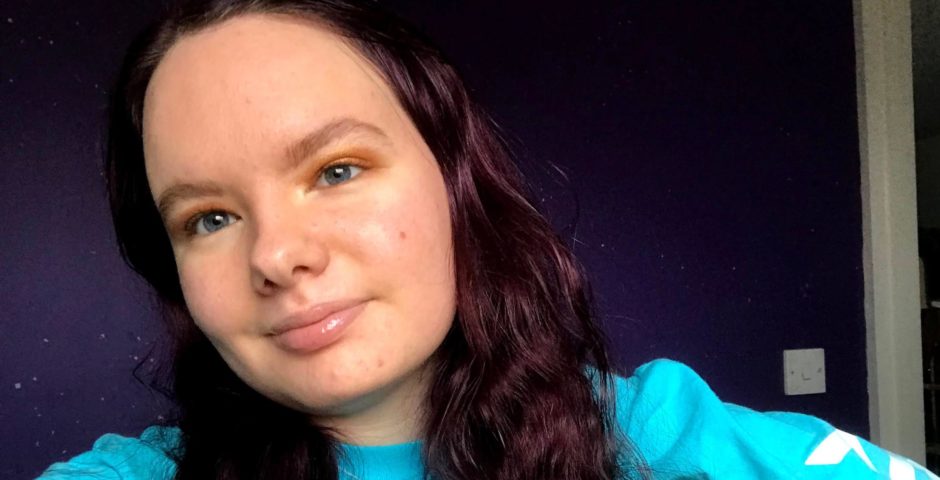 ‘I have felt often unsupported, misunderstood, tokenised and unable to speak out’

Charli Clement has announced that she has had to resign from her position as LUSU Co-Women+ Officer due to her mental and physical health.

She feels as if the Union doesn’t hold the same values she wanted to promote while in the role and that her own values have been compromised.

Lydia will still be allowed to stay in her role as as a Women+ Officer, despite Charli’s resignation.

In a Facebook post, Charli said: “I today have to announce that I have had to resign as Co-Women+ Officer from Lancaster University Students’ Union (or technically, not take up office for my second term). It has been confirmed to me that Lydia will be allowed to stay in the role.” 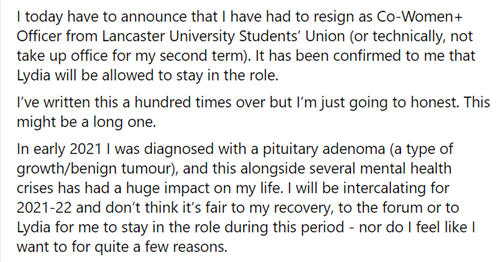 After being diagnosed with “pituitary adenoma”, as well as several “mental health crises”, Charli has decided to intercalate for 2021-22 therefore believes it wouldn’t be fair to her own recovery, the forum and Lydia to remain in her role.

Charli also went onto say that the Union didn’t hold the same values she has. She said: “Intertwined with this is the fact that institutionally, the Union often does not seem to hold some of the values or priorities I went into the role wanting to hold and promote, or at least does not put emphasis on certain issues. There are things I’ve felt pushed on, and major criticisms I have stayed quiet on.

“I have felt often unsupported, misunderstood, tokenised and unable to speak out. It’s severely deep rooted within the organisation and there’s an entrenched bullying culture.” 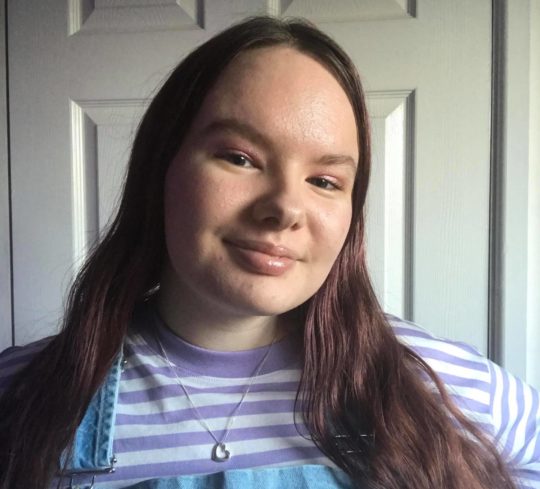 Charli also wanted to take the opportunity to apologise to Friends of Palestine who “deserved so much better” and she wishes that the Union gives them “the support they deserve”.

Charli went onto thank Lydia “for being the best Co-Officer I could have asked for” and Amy Merchant “who has supported us so much”.

Charli is “gutted” that is has all come down to this however her mental health and values are worth much more. She said: “I can’t afford for my health to get any worse than it already has over a voluntary role, and I’ve struggled having my name associated with Union actions that I haven’t agreed with.”