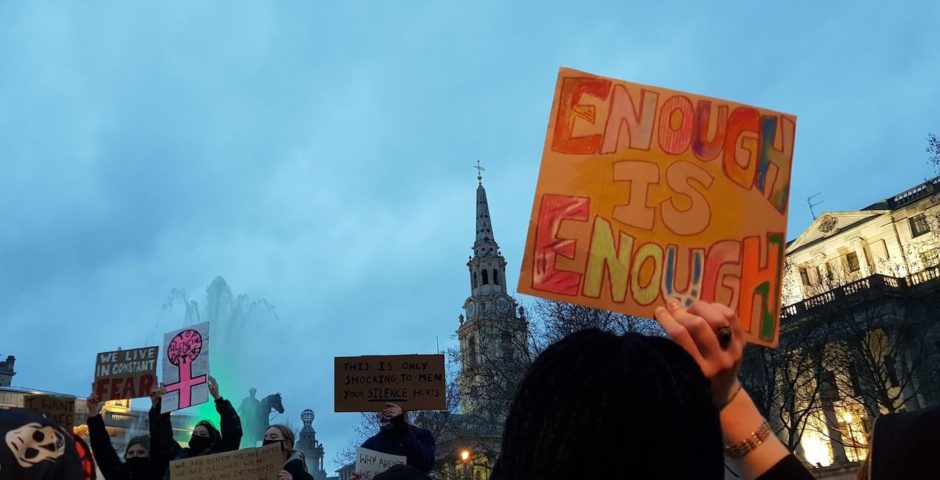 ‘Misogyny and violence against women must change’

In an email to students today, the University of Exeter’s Vice Chancellor released a statement concerning two sexual assaults which took place on Streatham Campus on Sunday 7th March.

In her email, Lisa Roberts said: “I am very sorry to report that we are currently liaising with Devon and Cornwall Police on an investigation into two sexual assaults of Exeter students on our Streatham campus on Sunday 7th March”.

The two assaults are currently being treated as connected, and three men have been arrested and are now on police bail.

The VC continued by saying: “The men arrested are not University of Exeter students but we are unable to say more at this stage as it is an ongoing police investigation. The police are not looking for anyone else in relation to the incident itself.

“I know that this will be distressing and concerning news for everyone within our community. It is critical that we continue to support each other and work together to keep all members of our community safe and feeling safe”.

Lisa Roberts expressed her concern over “misogyny and violence against women” which she said is “a daily reality for women and girls in our society and that must change”. This comes particularly after the recent high profile case of Sarah Everard sparked protests across the UK concerning women’s safety, and sexual violence against them.

“Anyone within our community with information that may assist the police in their investigation can call 101 quoting log number 90 7/3/21”, she added.

The VC finished the email by saying “please take care of yourselves and each other”.

Devon and Cornwall Police told The Exeter Tab: “Two men aged 20 and 21 from Exeter and an 18-year-old man from Leeds, were arrested in connection to these incidents and have since been released on police bail until 31 March.

“Two women, aged 19 and 20, continue to be supported by specialist investigators. The suspects and victims are not believed to be known to each other.

“The two assaults are currently being treated as connected and police enquiries are ongoing to establish the circumstances of the incidents”.

If you are affected or worried by this incident and need support, contact Exeter Speaks Out.

Wellbeing pages for students and staff.

If you have queries about the University response to this specific incident, call the team on 0300 555 0225.