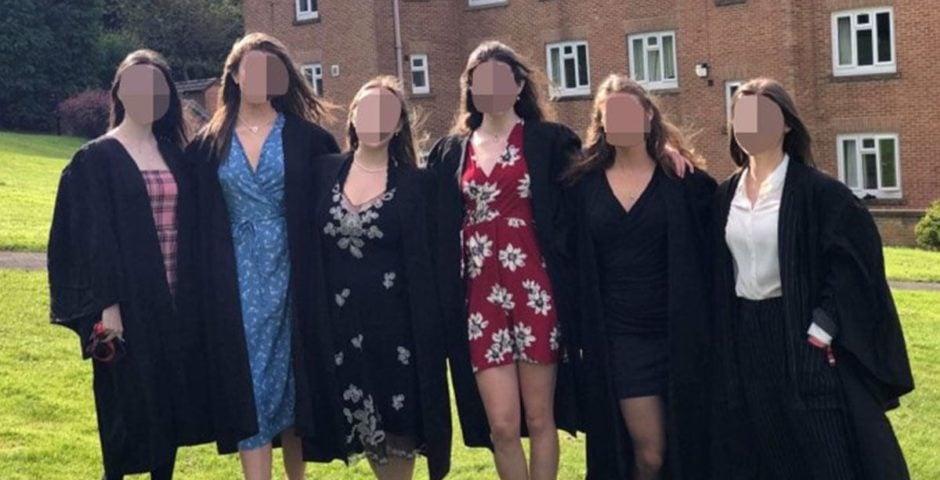 Since the recent coverage in The Guardian of the experiences of classism and discrimination northern students say they face at Durham University, many current students and alumni have spoken out and shared their own stories.

The coverage follows the news that a fresher had their Durham offer revoked for racist and misogynistic comments made in group chat, which planned to hold a “sleep with the poorest fresher” competition. A further two students were recently expelled for racism and sexual misconduct. In light of incidents such as these, groups such as Dismantling The Culture at Durham University have labelled the atmosphere and culture towards minority students at Durham University as “toxic”.

The Tab Durham spoke to 12 northern Durham students and recent graduates on their experiences of classism at the University, and this is what they had to say:

Since coming to Durham, Sarah* from Yorkshire has faced repetitive discrimination because of her background. She remembers one instance where she was told she was part of ISIS because she had gone to school in Bradford. She recounts the incident, saying “yeah, well that wasn’t a fun one to hear”.

‘Oh you poor thing, how unfortunate you are’

For Clara*, the negativity surrounding her background was limited. However, she remembers a girl once asked about her accent, asking whether she was from Birmingham. Clara informed her that actually she was from Sheffield, which is further north, to which the other girl responded: “Oh you poor thing, how unfortunate you are.”

Clara reflected to The Tab Durham: “It did make me somewhat conscious about my accent and where I came from”. 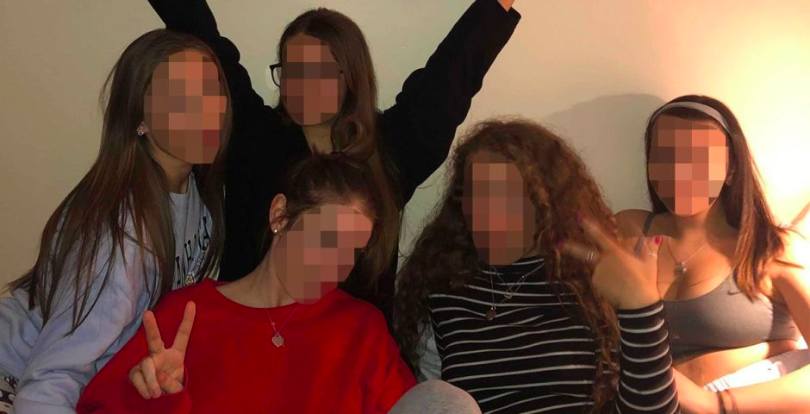 ‘The dreaded question of “which school did you go?” to comes up constantly’

Hannah* believes the biggest issue is the school shaming, sharing: “When people are arguing about whether Monmouth is worse than Lancing or whatever, it makes someone who came from an absolute hole in the North feel out of place”.

She herself has been repeatedly shamed about the school she went to, and fears being asked that “dreaded question which school did you go to?”. She says it comes up needlessly and constantly, as it’s not something that should even be relevant.

Brittney says she has had people insinuate that her academic scholarships were awarded purely on her working class background, despite the fact her “personal financial information has never been made available to the deciding committees”. She also says the fact she has formally conducted research in her field of study that has reached formal accreditation is suspiciously always ignored.

Brittney has had people dismiss her ideas in projects purely because of her accent, then had the same people pitch her own ideas pitched back to her. She finds it strange that the group then chooses to accept the idea when it comes from a southern accent. 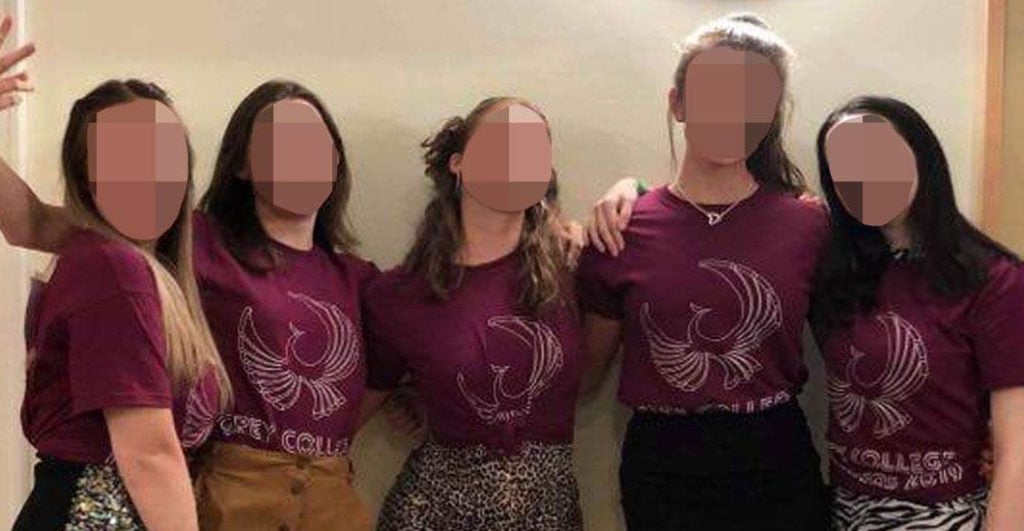 Isobel* experienced harassment at the hands of a friend who told her, while laughing, “I’m trying to make fun of you because you’re poor”. The ‘friend’ went on to say that she was “better off than 99 per cent of us”, because she gets the full student loan, and accused her of spending the excess left after paying all her rent and essentials on “booze”.

Isobel says it’s quite the opposite, and that it goes straight into her personal savings. Before coming to uni, her family couldn’t afford to have a savings account or provide her with “emergency money”, unlike the majority of people at Durham who she says are “lucky enough to receive financial support from their families”.

‘You write like my dad who works in investment banking’

The discrimination that Annabel* – who comes from a working class family from Newcastle – has faced has gone so far as to query how she writes. One instance saw someone telling her: “I can’t believe you write like that, you write like my dad who works in investment banking”, which she says implies that the way she speaks in casual conversation would be the way she writes in academic settings.

She has also been told by other Durham students that her family are “benefits scammers”, and had people make fun of labour work and the fact her father was a steel worker who was made redundant by Margaret Thatcher. Others have asked her “why don’t you look like that?”, gesturing towards girls who were “dolled up in fake tan”.

‘I’ve been mocked regarding my accent and culture’

Josh* is from Newcastle, and says he “constantly” gets mocked for the way he pronounces some words. Whilst he says some people just laugh and try to imitate him, others have tried researching slang terms from his region, using them to mock him whilst talking to him.

Josh shares that a close friend of his who is also from Newcastle had a bad experience outside of Tesco with some male students, who told her she “didn’t dress like she was northern” after hearing her speak for the first time. It’s these micro-aggressions that trouble him most.

The first day of uni was particularly traumatic for Sylvie*, who had people rushing to her room to see what the “state school Geordie girl” looked like. Sadly the bullying didn’t stop for her, as peers saying things such as “how did you get that mark? Just because you know, you’re from Newcastle…” became an regular occurrence.

Sylvie tries to not let this bother her, and says: “I work hard, play harder, and get results”. She is incredulous why her background should have any relevance to her marks. 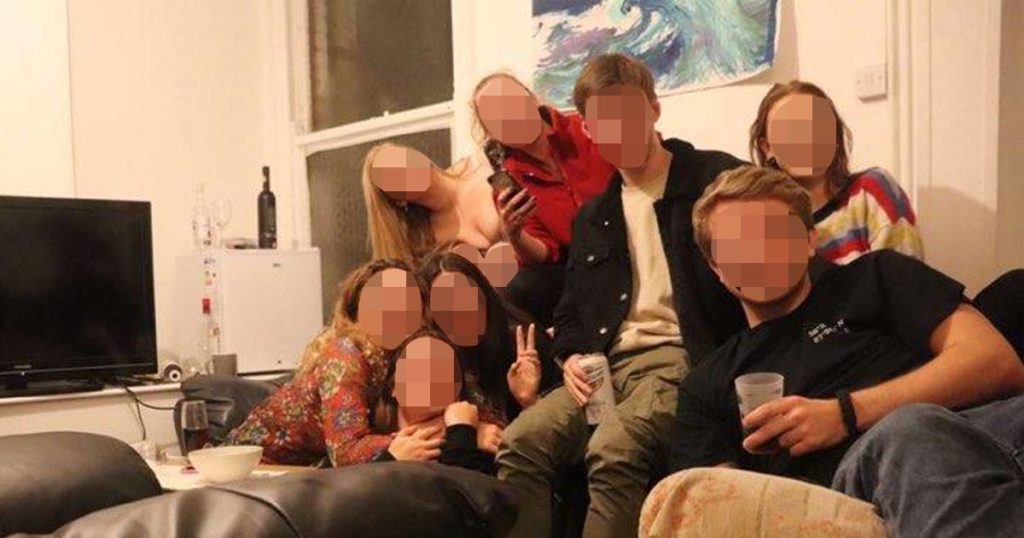 ‘People thought I was a plumber because of my accent’

Tom* studied at Durham at the same time as the infamous Trevs rugby club “Thatcher versus Miners” social. (At the time, the university released a statement saying: “Durham University and Trevelyan College utterly deplore this event which is wholly unacceptable.” The event was cancelled, and the club was suspended. The rugby club issued a formal apology to the Durham Miners’ Association). He emphasises that while incidents such as this are a reminder of how the student population can sometimes behave, he feels any comments about his accent or background were never meant in a malicious way. Although, he does add that his experience is coming from a “pleasant and relatively diverse hill college”.

However, when he visited his partner in Durham after he’d graduated, he was shocked that people thought he was a plumber because of his accent. He was working in finance. He says he “tried to laugh it off, knowing that these people had never known a day’s work in their life”.

‘At Grey I wasn’t discriminated against, but friends at other colleges were’

As a recent alumnus of Grey College, Matt says he “never personally received any form of discrimination for being from the north”. His north-eastern background is something he is incredibly proud of. Unfortunately, it wasn’t as easy for his school friends that went to other Durham colleges, who “often spoke about their bad experiences”. Although he can “hand on heart” say that he never once thought that his background was a problem at Grey, he realises that perhaps not every college is as welcoming.

Faye, who is from Hartlepool, was told by a southerner on her course to not “say words in that voice, just sit there and look pretty”. Another told her that “the difference between the north and the south is the rich and poor”, whilst one of her now close friends from Reading expressed his disappointment that there were so many northerners at Durham, wishing he went to Loughborough instead.

Since graduating, Faye has interviewed in London and is “almost certain” that she has been declined because of her accent. She recalls one particularly insulting phone interview where her interviewer spoke to her as if she had “special needs”, just because of her northern accent.

It was Louise’s* “dream” to come to Durham, and she’d worked hard to get there. Yet when she was faced on the first day of Freshers’ with 20 out of the 24 people in her corridor coming from private schools, she instantly felt left out. She recalls being told “how great it was that the uni let people like me in”, and how peers suddenly became disinterested upon learning of her northern state-school education, which to them meant she “wasn’t worth knowing”.

Louise describes her first year roommate as “truly awful”. On the first day they met, she told Louise that they should be “like ships passing in the night” and would ignore her “point blank” at mealtimes. The roommate bullied her for her Primark clothes, feigning concern about how they must be uncomfortable due to their “shit quality” in comparison to her own. She says the snobbery continued, as she was demanded to dispose of her reed diffuser, which was a “stench” when compared to the roommate’s own.

After “being worn down and treated like a second-class citizen”, Louise wrote a letter to the Head of Welfare , who said there was nothing that could be done. Her mental health deteriorated and the situation escalated to a point where her mother sent a porter to her room, as she believed Louise to be at risk of harming herself. Louise says it was “an awful ordeal”.

Though Louise eventually moved to Hild Bede – where she was greated by “the most amazing people and a lot of other northerners” – her education had suffered too much, and she dropped out before exam season.

It was only after she dropped out that she met others who had left Durham for the same reason: They all felt pushed out by the fact they were northern. Louise says “the problem is systematic and will probably never change”, which is why she will never go back to continue her studies.

In a statement, Professor Stuart Corbridge, Vice-Chancellor of Durham University, said: “Durham University believes everyone has the right to study and work in an environment that is respectful and where people feel comfortable to be themselves and to flourish. For the vast majority of our staff, students, visitors and partners, their experience of Durham University is a very positive one. We do, of course, want to do better still.

“We recently published the final report of the ‘Durham Commission on Respect, Values and Behaviour’ which we established to better understand what it is like to study and work here and to identify how we can create further positive change. The recommendations of this report are now being reviewed and implemented by a Respect Commission Oversight Group.

“We are proud to welcome students from a range of diverse backgrounds to Durham University, including those from across our region. We have a number of programmes in place to encourage students from the North East of England to apply to study here or to go on to study at a University.

“Our responsibility to provide all students with an exceptional educational experience and transformed life chances lives within the DNA of Durham University and is something to which my colleagues and I remain deeply and increasingly committed.”