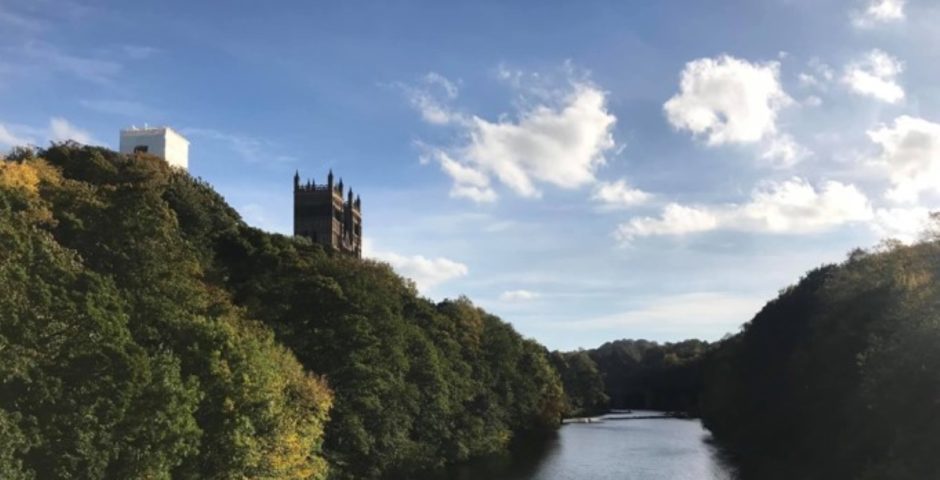 The expulsions were considered in disciplinary hearings before the Senate Disciplinary Committee, which consists of a quorum of three members of staff and two student representatives.

The two cases of expulsion follow the announcement that a fresher had their offer revoked by Durham after screenshots from a group chat were leaked online.

The group chats included misogynistic and racist comments, which Jeremy Cook the Pro-Vice-Chancellor called “utterly abhorrent”. Although two other members of a chat were investigated, they were not found to have “fallen short” of the values Durham upholds.

The University told The Tab Durham that they are unable to confirm for legal reasons whether the two recent expulsions are linked to any of the group chats leaked.

In the case of the two new expulsions, the Senate found one student to be in “serious breach” of the University’s Sexual Misconduct and Violence Policy. The policy defines sexual misconduct and violence as “any unwanted conduct of a sexual nature which occurred in person or by letter, telephone, text, email or other electronic and/or social media”.

In response to this breach of policy, Durham University has said it is in the process of “recruiting two full-time professional investigators”. This is to support the work of the existing Student Support and Training Officer (Sexual Violence and Misconduct) that was appointed in 2016.

The University has said it recognises sexual misconduct and violence to be “matters of international concern”, and it has committed to make Durham “a safer place to live, work and study” through its Sexual Misconduct and Violence Operations Group.

The second student whose case was presented to the Senate was expelled from Durham for making “racist remarks on social media”, which goes against the Race Equality Charter that the University signed in 2019.

Durham says it condemns “all racism and hate crime in the strongest possible terms” and that it is “working to understand any institutional or cultural barriers that may stand in the way of BAME staff and students”. The University is also seeking to “improve representation, progression and success of BAME staff and students”. This follows a report in The Times that found only 11.7 per cent of Durham students to be an ethnic minority, and the “Black attainment gap” to be -14 per cent.

In reaction to the cases of racism and sexual misconduct, the University has introduced an online Report and Support tool through which staff and students can report “unwanted behaviour and seek support”. It has also stated to be “working to implement the recommendations of the Durham Commission on Respect, Values and Behaviour“. 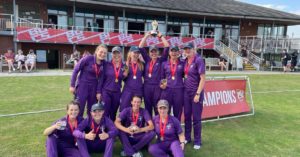 Durham has been named Sports University of the Year 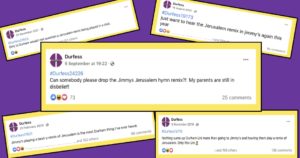 An investigation into the infamous Jimmy’s Jerusalem remix