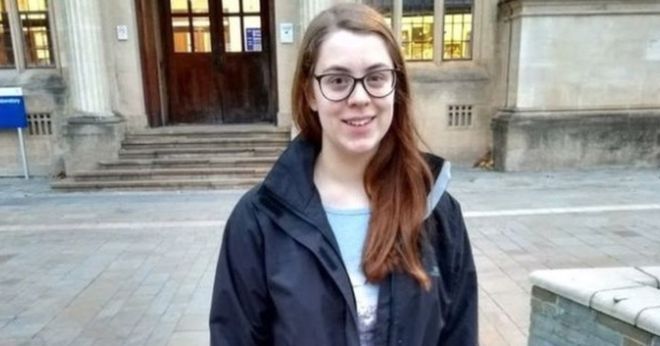 ‘Bristol are not listening to us. They do not accept that there is a problem’

The parents of Natasha Abrahart have announced their plans to sue Bristol University, following the conclusion of the inquest into their daughter’s suicide.

Natasha, 20, studied physics and suffered from severe social anxiety. This was heightened by the prospect of speaking to around 50 students and staff at a "laboratory conference."

On Monday 30th April, Natasha was found dead just 30 minutes after she was meant to have completed this presentation.

Natasha’s parents are now pursuing legal action, suggesting their daughter should have been given an alternative option to participating in the conference.

"She must have gone through her options that day and thought 'no way'. She was backed into a corner," Natasha's father told The Times.

"We are taking the legal action because Bristol are not listening to us. They do not accept there is a problem," he added.

The recent inquest found that Avon and Wiltshire Mental Health Partnership NHS failed to provide sufficient care for Natasha. The coroner found no fault however, with the actions of Bristol University.

Pro Vice Chancellor Professor Jane Purdy said: "Staff tried very hard to help Natasha, both with her studies and with her mental health…needs. This was acknowledged in the inquest."

"Staff in the School [of Physics], along with colleagues from Student Services, tried very hard to help Natasha, both with her ongoing studies and with her mental health and wellbeing needs.

"After a referral from her GP in February 2018 Natasha was under the care of specialist mental health professionals although she continued to receive support and advice from staff in the School of Physics. This included discussing options to alleviate the anxiety she faced about presenting her laboratory findings to her peers as part of an assessed laboratory conference (such as not taking to the stage, letting others present and not having to answer any subsequent questions).

The Abraharts still believe the university are at least partially to blame. Natasha's father said: "Obviously we now wish Natasha had gone to a different university. She went to Bristol seeking a better, brighter future. Instead, we lost her forever."

If you are experiencing any mental health issues or high levels of stress, help is readily available for those that need it.

A list of wellbeing services available to Bristol students can be found here, as well as the Samaritans' helpline.