The accused killer is denying the murder

The jury for Grace Millane's court case have been shown a CCTV of the man accused of murdering her pushing a suitcase said to contain her body.

The suspect, who legally cannot be named, denies the murder.

After being on a date with Grace the day before he left his hotel in Auckland with two suitcases. Prosecutors are now claiming Ms Millane was in one of them.

The jury was subsequently told that one of the suitcases was then buried in woodland outside of the city.

The CCTV footage showed the accused man buying a suitcase, shovel and cleaning products as well as hiring a car in the days after Ms Millane's death.

Whilst the accused man has told police officers he was passed out drunk until 09:00 or 10:00 on 2 December, the CCTV shows him buying the suitcase at 08:14.

He told police officers they could take the bag that was "still in" his room and hadn't been used, yet the footage shows him also buying a grey suitcase. 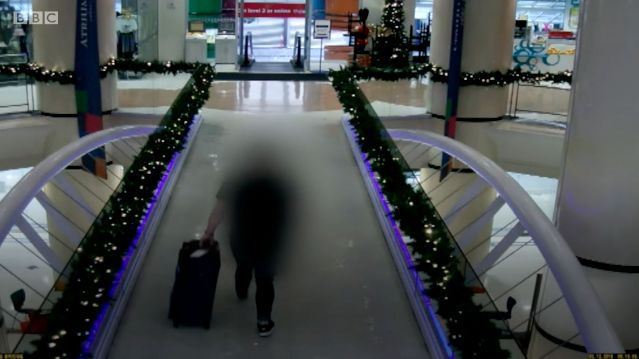 Grace Millane, from Essex, was found dead last December after she was reported missing whilst travelling around New Zealand.

Robin McCourbrey, who opened the prosecution case in the Auckland high court said: “Only two people know what happened in that room. One of them can’t tell us, and the other hasn’t told the truth about what happened.”

The prosecutors assert that Grace Millane was strangled before her body was disposed.

The defendant, however, claims the University of Lincoln graduate died after engaging in consensual rough sex.

This week another woman has spoken at the trial at Auckland High Court that she went on a tinder date with the accused man, claiming that whilst she was performing a sex act he tried to suffocate her.

The defendant is now in the middle of a court trial said to last four weeks.

• ‘I was terrified’: Grace Millane’s alleged killer tried to suffocate another Tinder date during sex