The one that got away: An interview with Caggie Dunlop

She doesn’t even watch Made in Chelsea any more

Caggie was the Queen of Made in Chelsea, the only genuine one who left abruptly during its peak.

She walked out of the show after season three, but has struggled with the stigma Chelsea brought since launching a music career and getting involved in fashion.

For many she defined the perfect posh girl next door image Made in Chelsea was trying to show off before it resorted to filters and personal dramas.

We spoke to Caggie about reinvention, starting fresh in LA and all her regrets from the show. 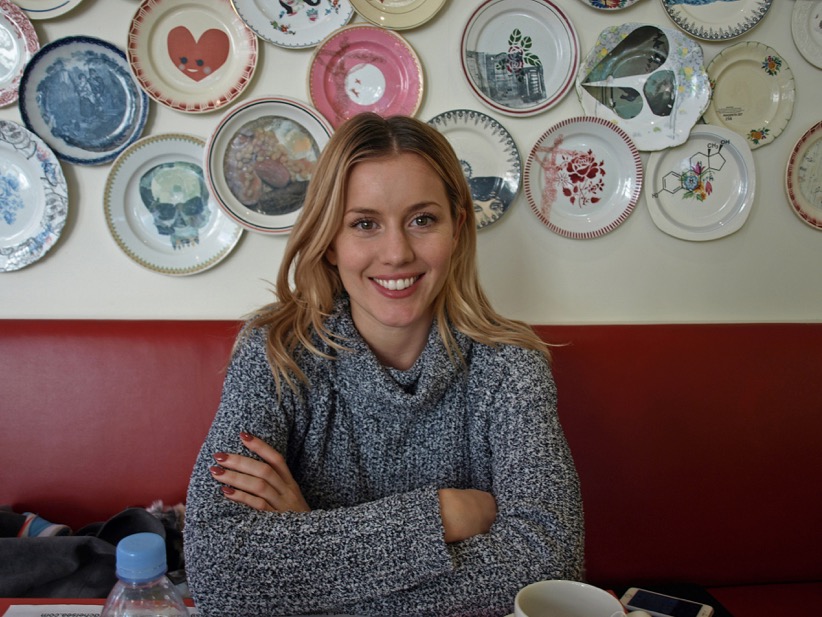 Caggie at the Bluebird cafe in Chelsea

Would she go on “I’m a Celebrity” like her ex-Spencer Matthews or “Big Brother” like Ollie Locke?

“Never. Absolutely never. I had my taste of reality TV and it was not for me. I think it was the wrong path for me to go down to begin with. I’ve had a few offers, but it’s not my thing.”

Caggie has done anything but relax since leaving the show, working on her music career, acting and launching her own fashion brand ISWAI (It Starts With An Idea) to rival ASOS.

Curiously, she’s held back on releasing too much music because she doesn’t want to be typecast in any way.

She said: “Because of the stigma of Made in Chelsea I want to get it exactly right. I’ve got such a huge backlog of music.

“People think that I was a singer that went on the show, but that’s not really what it was. They just asked me to sing because I said sometimes I like singing on my own.

“Acting was my first love. I was at drama school in New York and then did Made in Chelsea, which in hindsight it was probably a bad move.

“I definitely learned just as much from the show though in terms of the technical side and naturalism though. So many people on the show are incredibly wooden.

“Made in Chelsea was a double edged sword because it gave me that exposure but I’m slowly making my amends now by meeting the right people.” 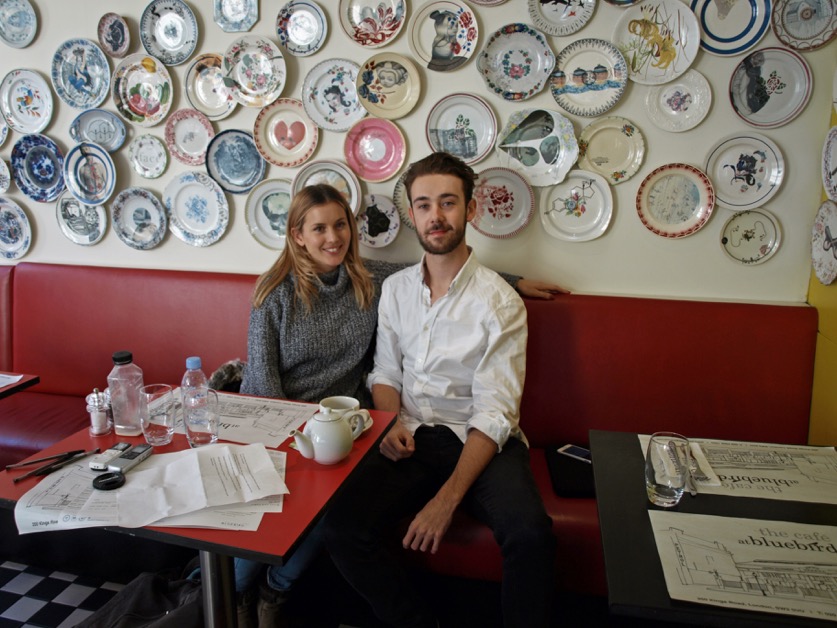 Caggie hasn’t entirely cut her ties with Chelsea though. She’s still friends to those she was closest to on the show and was a guest at Millie Macintosh’s 2013 wedding in. She still lives in Fulham and requests to meet at one of the most famous cafes on the King’s Road.

In person she is warm and enthusiastic, exactly how she appeared on Made in Chelsea – suggesting she never had to do too much acting. But Caggie quit when things got a bit too personal.

She said: “It was probably towards the end up the second season where things got more manipulative and the nature of the show changed in my opinion. I felt I just didn’t want to sell my personal life for fame – it’s just not worth it.

“I realised I wanted to do acting and music, but didn’t want to piggyback off the show to do that. I wouldn’t get a fair critique otherwise.”

Caggie released the track Neverland two years ago, but has been holding back most of her music and is now planning to turn in a different direction.

She said: “It’s been a really interesting journey. My music isn’t acoustic at all any more, it’s sort of alternative pop. Still mainstream but I prefer electronic music.

“I think the clever thing about what Justin Bieber’s doing is that he’s always going to be mainstream, and to a degree so will I because where I come from and what I look like. I’m quite commercial looking so I can afford to go quite left wing with the music.

“At the moment there’s an artist I’m obsessed with called KIIARA. She’s exploded on the blogosphere and has millions of hits on Soundcloud.”

Turning people on to new music is nothing new for Caggie. She helped pick out some of the tracks on the first season of Made in Chelsea and boosted Bastille’s career by making them a major part of the soundtrack. Next year she even plans to launch her own music blog. 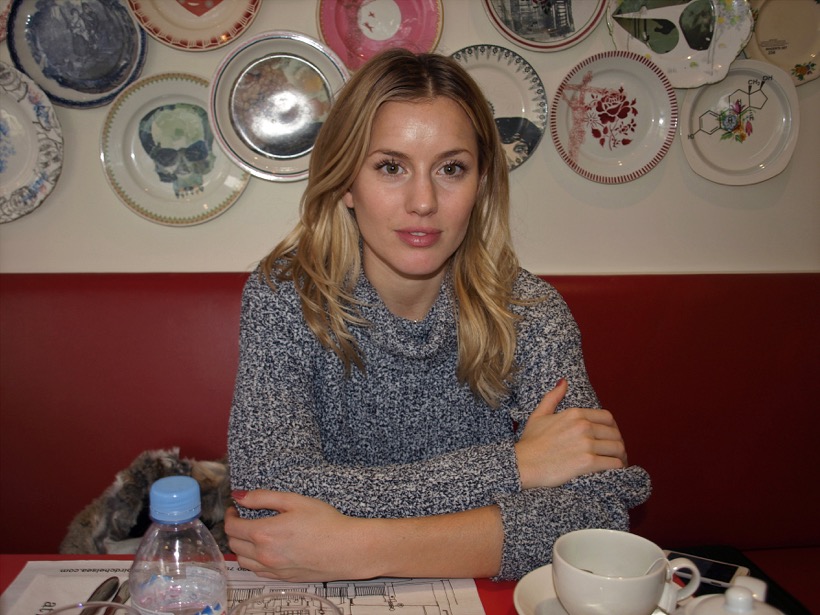 Caggie admitted she doesn’t watch Made in Chelsea any more

Away from acting and music,  Caggie is the founder of ISWAI (It Starts With An Idea), a clothing brand which champions independent designers.

“Towards the end of Made in Chelsea a lot of fashion houses wanted to do endorsements. I wanted to turn it on its head and create something from the ground up to platform new and young designers.”

“Definitely at the beginning I wanted it to be an ASOS in the hands of the youth, but it’s slightly more organic than that.

“I definitely think it’s relatable, it’s girl next door and minimum fuss and the natural look. I try to keep it quite earthy.

“The aesthetic has developed in a very feminine way. My following is mostly girls on Instagram and Twitter. I found out the other day and was slightly offended!” 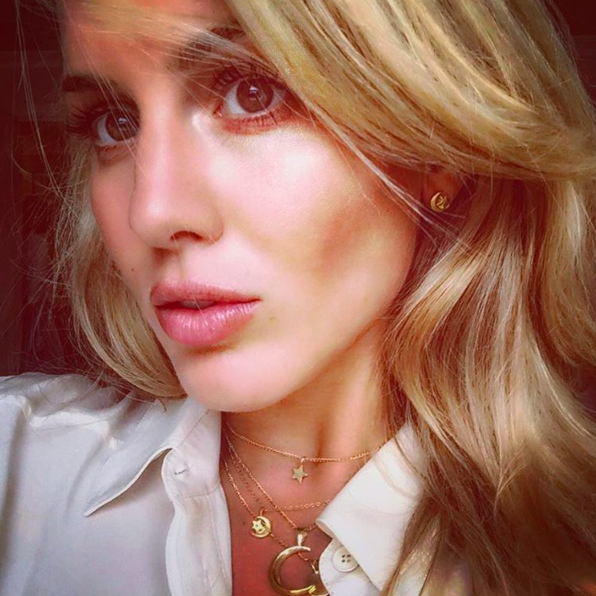 Caggie is set to leave Chelsea behind, moving to LA in January for the music and acting prospects. She does a good American accent which makes her usual West London tone unrecognisable.

She said: “In America it’s a completely clean slate which is wonderful in so many ways. Made in Chelsea doesn’t exist there. That disassociates me for what I’m known as.”

But it’s not all about new beginnings and reinvention. Caggie fondly looks back at her year spent at Leeds Uni doing Philosophy and History of Art before she left to study acting in New York.

“So many of my friends were all in one place in Leeds so we just went wild – it was great. I can barely remember where I went out, it was so long ago. The usual haunts. I don’t remember ever going to Halo. I must of, but it was a blur.”

Caggie’s plans for the rest of the year are mostly centred around work, set to act in both a comedy short and psychological thriller.

“I’m going to LA mid-January, but I might try and fit in a skiing weekend first!”