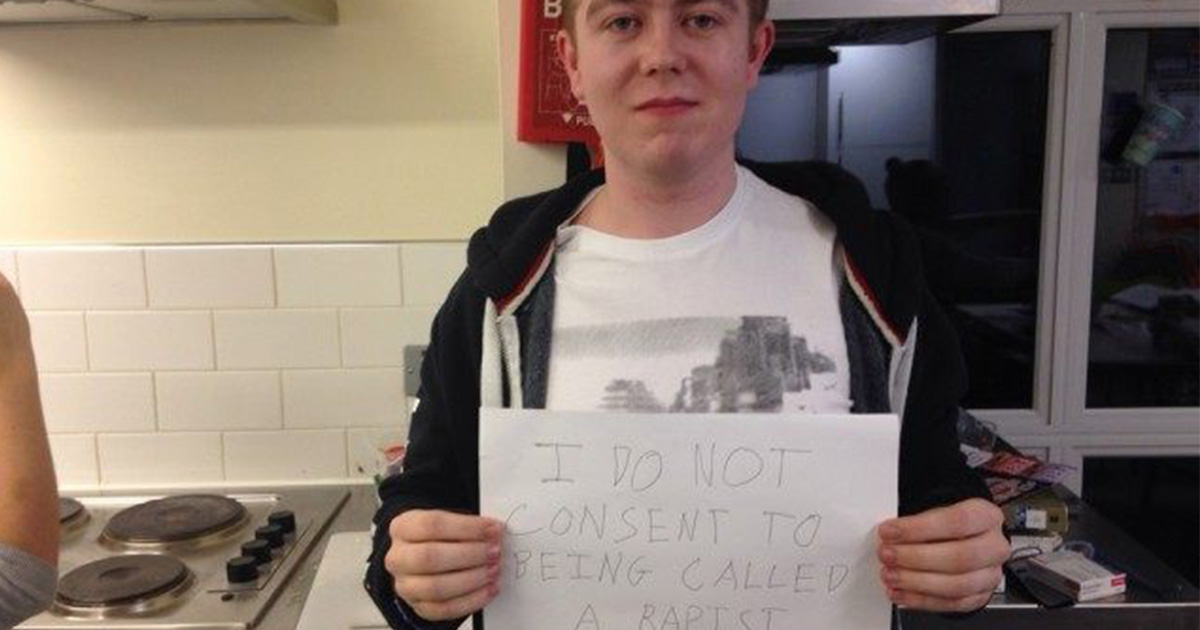 Another student has publicly refused to go to consent classes

A second male student has spoken out about refusing to attend consent classes and admitted he is terrified of being accused of rape.

Fresher Jack Hadfield said “modern feminism and consent culture” are trying to pin the label of rapist on him.

Writing for Breitbart, Jack Hadfield said: “I am not a rapist. But I’m in my second week as a university student, and already modern feminism and “consent culture” is trying to pin that label on me.”

“Now I must add my name to what I am sure is a growing list of understandably aggrieved young men.

“These classes are useless and may even be damaging.” 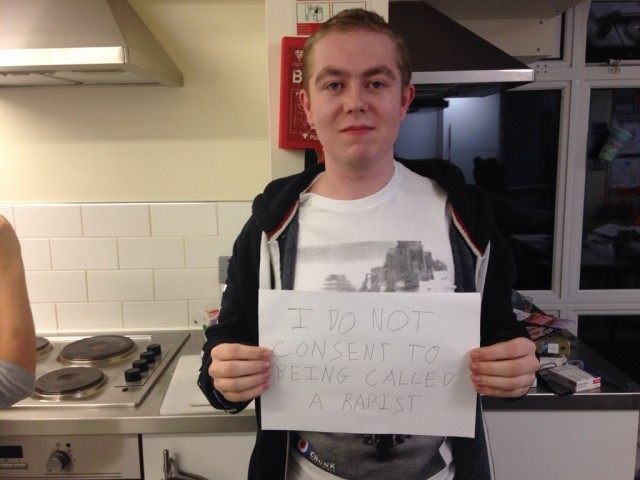 In the article, Jack added: “How many rapists are going to stop raping people because some pretentious student told them that yes means yes?

“Why would any normal, right-thinking man attend a class that demonises them and normal healthy male sexuality by pretending that all men are latent rapists who would take advantage of women if they thought they could get away with it?”

He said that he had never been too comfortable around girls and hoped uni would change this, but now considered this too risky.

Jack added: “No one-night stands or innocent smooching in a dark corner of the SU for me.

“It’s just not worth the risk of jail time, expulsion, and a permanent blot on my life because some batty, vindictive, or remorseful portion decides the next day that maybe she wasn’t really into it after all.” 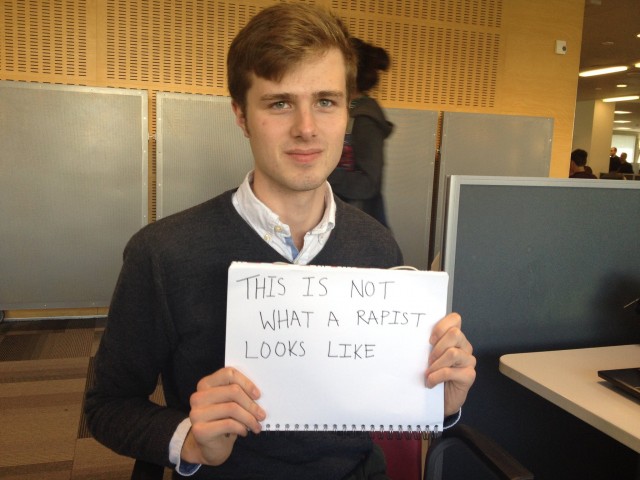 Jack went on to argue that implying consent classes would be a good idea is ironic because they added social pressure to the situation.

He added: “The male students will be bombarded with stats about ‘one in four women’ bogus and offensive conspiracy theories about ‘toxic masculinity’ and suggestions that yes, all men are potential rapists.

“This new obsession with affirmative, ongoing consent perpetuated by wacky third-wave feminists is scaring a whole generation of young men – myself included.

“Even before arriving at university, I was terrified of being falsely accused of rape.

“It’s amazing to me that universities aren’t just tolerating but actively supporting this state of affairs in code of conduct.”

Speaking more generally on the situation, Jack said: “There’s no such thing as ‘rape culture’, but there is a crime being committed on university campuses across Europe and America.

“It’s demonisation of men and the pernicious spread of consent classes.

George Lawlor’s public refusal to go to consent classes has divided opinion, with many criticising his decision to shun the workshops.