‘Seems like ovaries, the world over, are getting taxed’

Determined Cambridge graduate, Lucy Whitehill held a huge protest in London this weekend as part of her campaign to end the Tampon Tax.

More than 200 protesters gathered outside 10 Downing Street covered in fake blood to fight for a reduction of the 5% VAT currently put on sanitary products.
Lucy says she was inspired to start the campaign after a homeless woman asked her for a tampon.

She says: “She didn’t ask for food. Or money. Just a slither of dignity.” 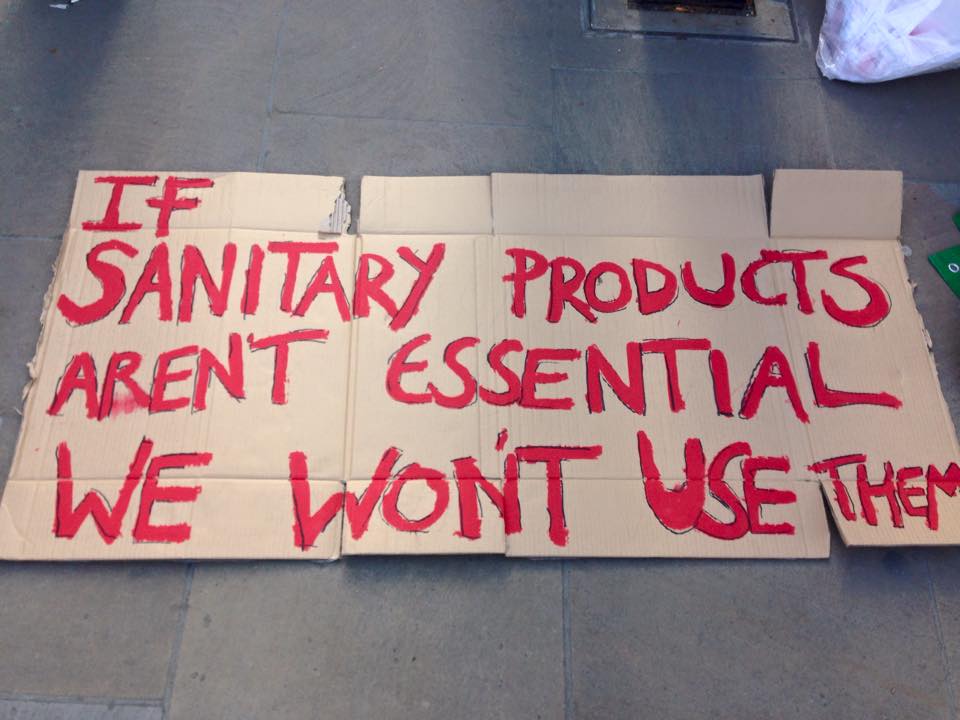 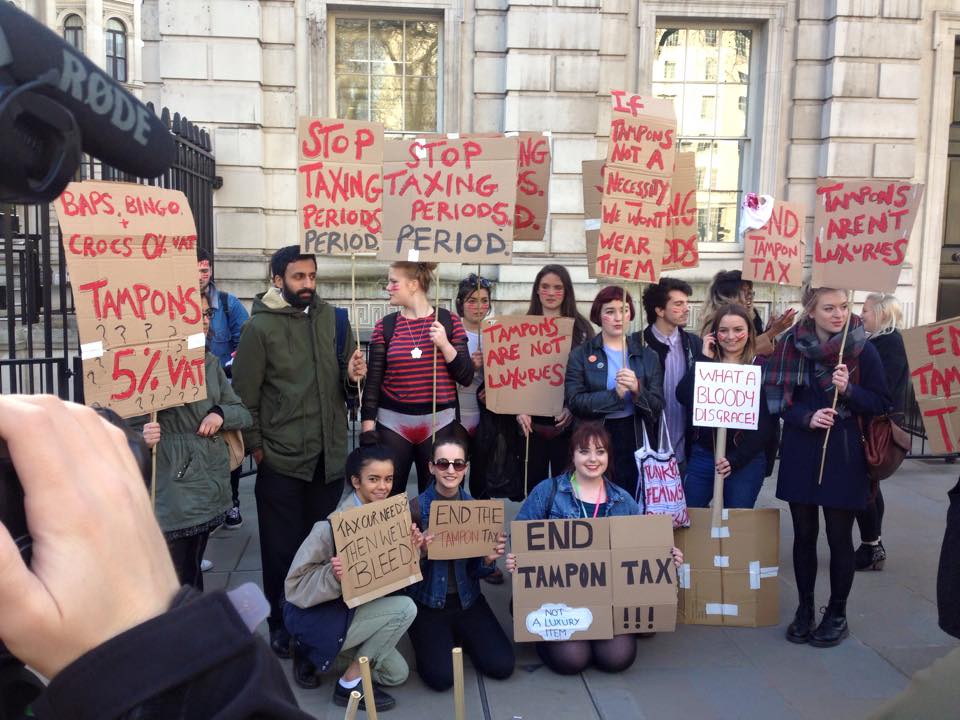 As students, we are more than used to being skint and having to compromise on whether we want eggs or milk one week.

But students who are women suffer the added burden of having to buy sanitary products every month on top of everything else, and they aren’t cheap.

Currently sanitary products are considered a “luxury item” by the government whereas items such as mens razors and jaffa cakes are taxed at 0%.

27-year-old Lucy, who started the campaign, explained why it was so important for women to sign the petition: “Financially and in the vein of HMRC ideology I’m better off shoving jaffa cakes and shelled nuts (all tax free) up my vagina to assail my monthly flow.

“There is no rhyme or reason to the VAT system.

“In essence, how would you feel paying an extra 5% for a product that you had no choice BUT to use every month?” 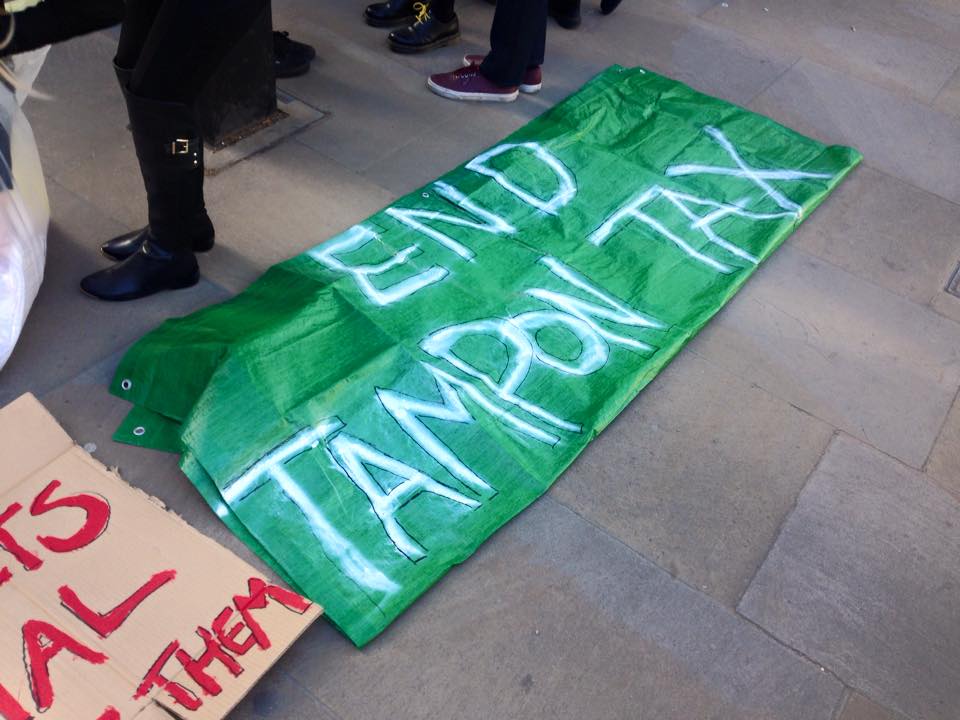 The campaign has faced criticism from those who argue it’s impossible to allow any reduction in VAT thanks to EU rules.

In retaliation Lucy says: “That’s why it’s an EU wide campaign. Girls are petitioning the UN too.

“Our government is our speak piece to lobby change in the EU. It’s just going to take time.”