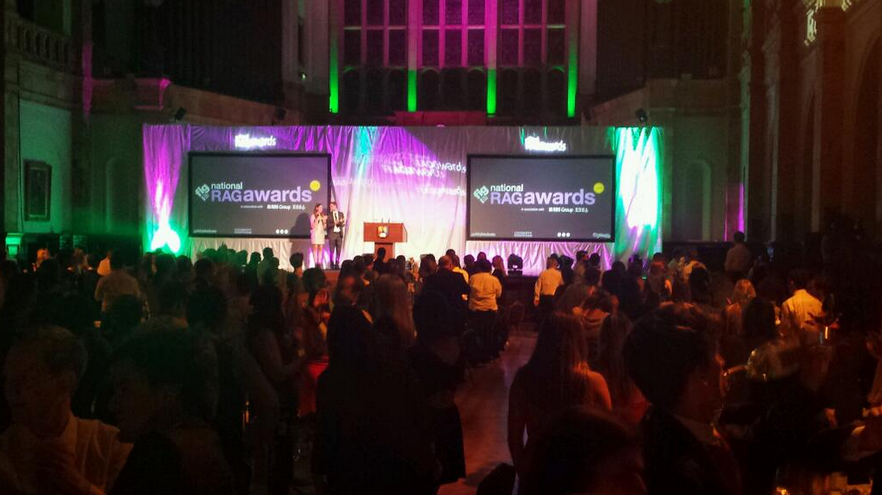 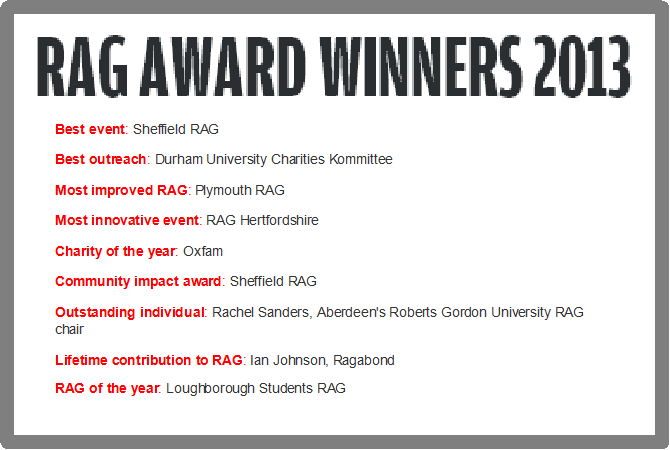 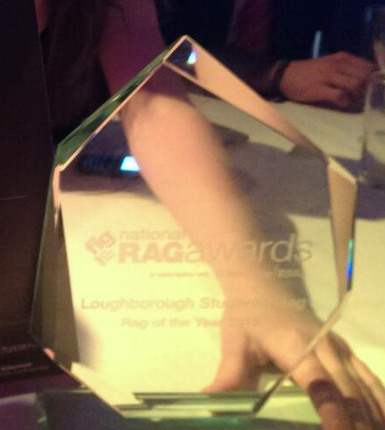 The coveted trophy won by Loughborough

University who collectively raised over £1.4million thanks to pioneering initiatives including the opening of their own RAG charity shop staffed entirely by students and holding the biggest fireworks show in Leicestershire.

Tim Lucas, organiser of the awards, told The Guardian: “Having a good time is definitely a real motivation but at the end of the day, people wouldn’t be doing it if it wasn’t for charity.”

“RAGs are becoming more and more professional. When I chaired Birmingham University’s RAG, I felt like the CEO of a small company, there was so much financial planning involved.

“The larger RAGs already have full-time officers working for them as well as multiple staff members. The fact the awards are being sponsored by FIG and RBS, which aim to support young entrepreneurs, shows that many RAGs are similar to not-for-profit businesses.” 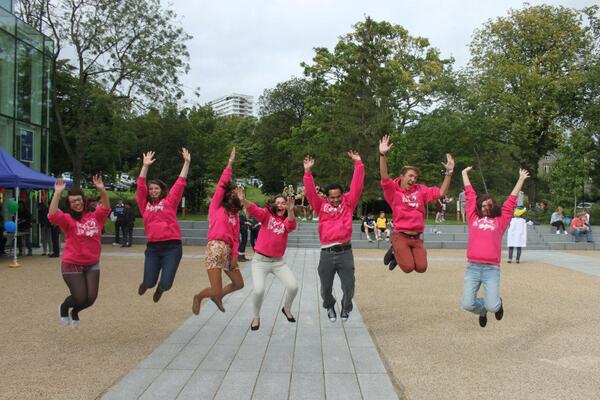