Welcome to the WeekeND Update, your weekly rouNDup (sorry, we couldn’t help it) for all things Notre Dame.

Just in case you went too hard at the Reagan Rager and missed our launch, the Keenan Revue ticket distribution, or the fall of UNC, here’s what happened under the Dome this week.

Wednesday, February 3rd was National Signing Day, and Notre Dame walked away with 23 new football recruits. You can stalk each new player here and start speculating on who’s going to lead the Irish to victory next year.

BK, whose contract was just renewed for six more years, commented on how much he enjoyed the drama-free signing experience this year:

The men of Keenan Hall distributed tickets on Wednesday, February 4th to Notre Dame’s most hilarious event, the Keenan Revue. Distribution was supposed to begin at 4pm, but due to the serpentine line that had formed in and around LaFun by 3pm, they started giving them out early. 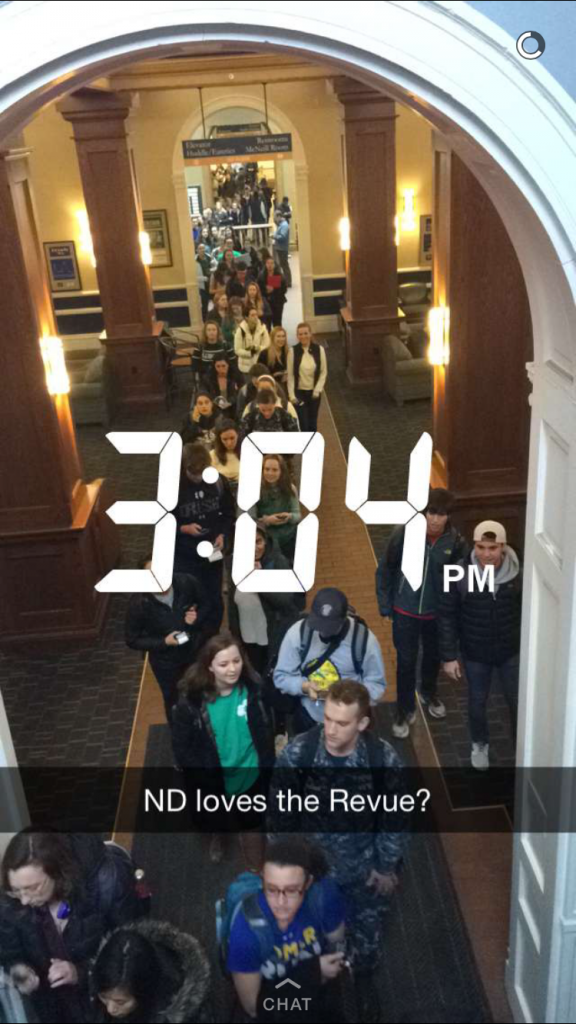 Tickets for all three nights were completely sold out by 4:04pm, setting expectations high for this year’s Revue, “The 40-year-old Version,” being performed in Stepan Center February 11th – 13th. Stay tuned for The Tab’s coverage on a show that hopefully features as many topless Keenan Knights as usual.

February 2nd was Groundhog Day, and Punxsutawney Phil unsurprisingly did not see his shadow – in other words, we are in for an early spring this year. No shit, Phil. We could’ve gotten the same verdict from any ND student’s snapchat story for the last couple of months. We’re just saying. 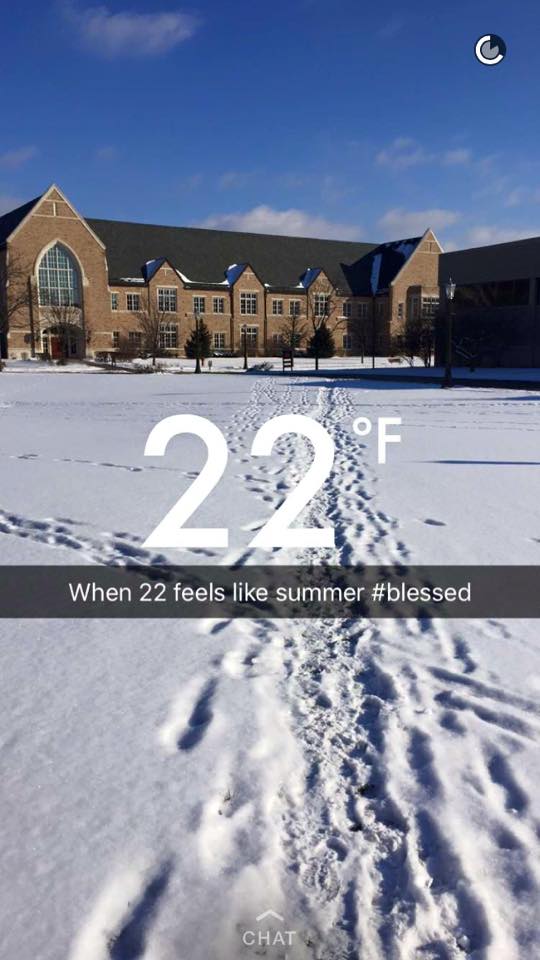 Notre Dame Men’s Basketball had an electrifying upset against #2 UNC on Saturday night, coming in with a 80-76 victory over the Tarheels. To start out the day, ESPN’s College Gameday took to South Bend to broadcast their NCAA Basketball coverage from our very own Purcell Pavilion. 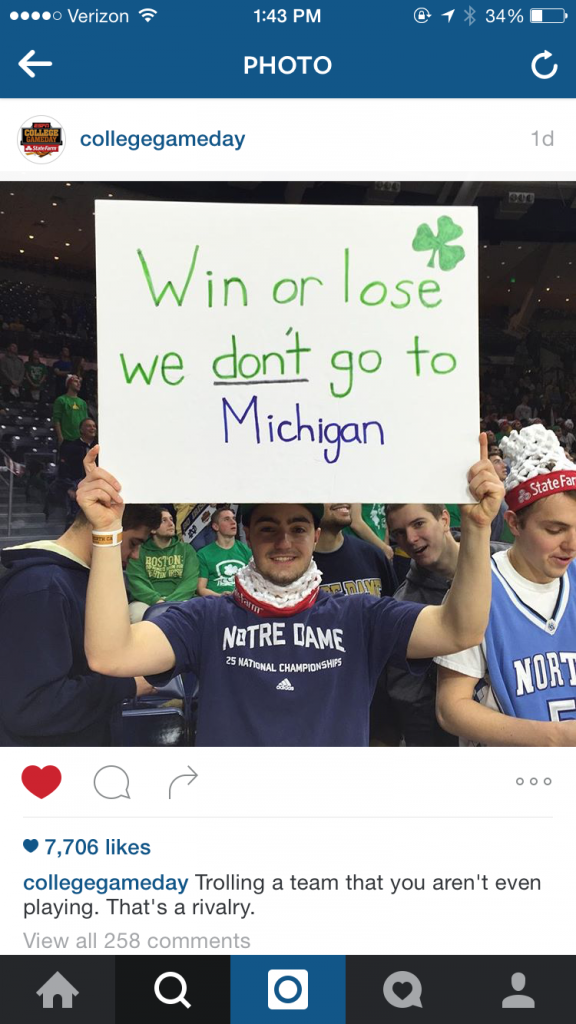 Despite the 7 PM tip-off, students arrived as early as 9 AM for the Gameday festivities, complete with hilarious signs, $18,000 half-court shots, and even a baby whale. 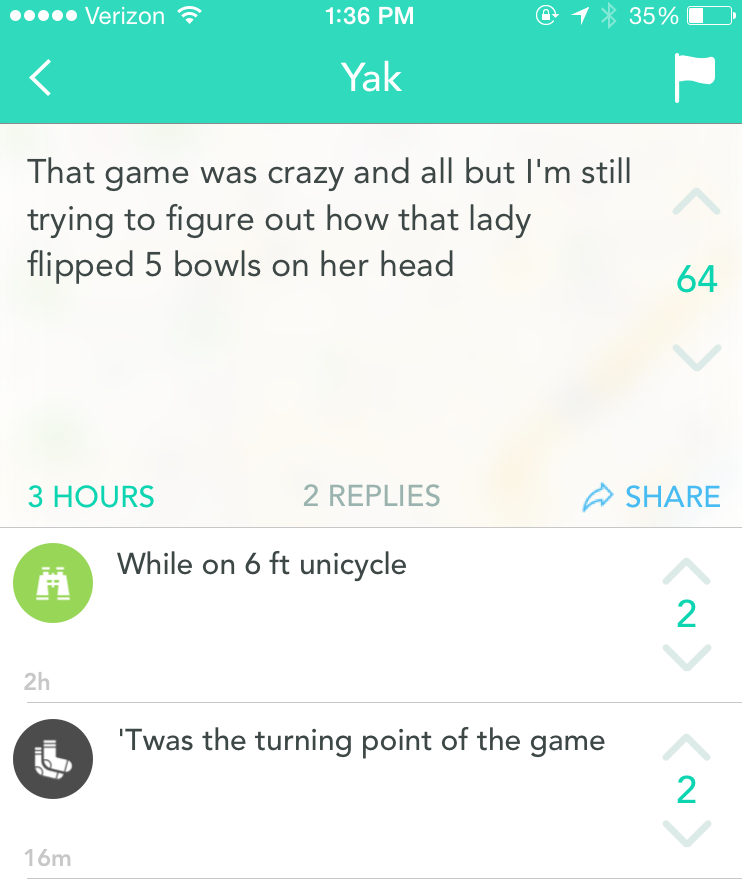 The Irish were down during the entire first half, but after an uplifting performance by unicycling acrobat Red Panda at halftime, everyone’s spirits were lifted and our faith in all things magical had been restored. 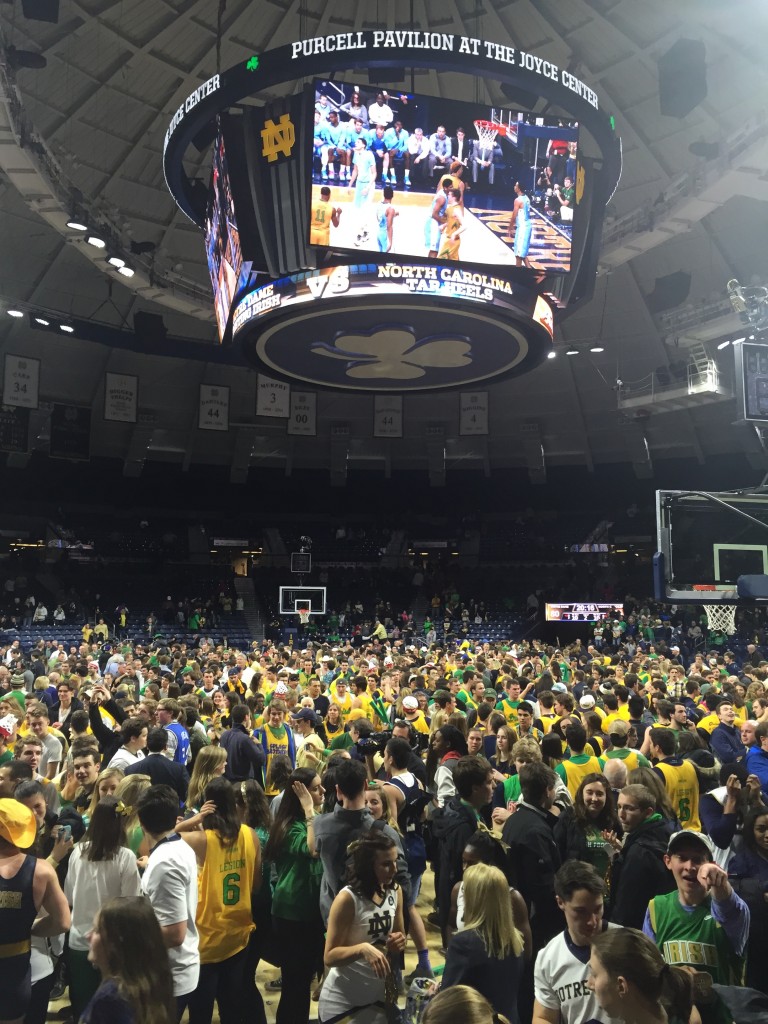 After the triumphant comeback, frenzied students stormed the court and joined the team in one of the most exciting celebrations of the year.

ABC57 News reported on a group of Notre Dame researchers who are developing a smartphone designed to be safer and work faster. They’re a year into their four year plan, and they’ve made great progress so far. Their research could revolutionize the smartphone industry, further cementing Notre Dame as God’s gift to humanity.

The Tab has officially arrived at Notre Dame. Our successful launch is thanks to stories about napping on campus, saying goodbye to Snapchat, and a life-changing decision.

And if you have a tough week ahead of you, here’s some encouragement to get you through 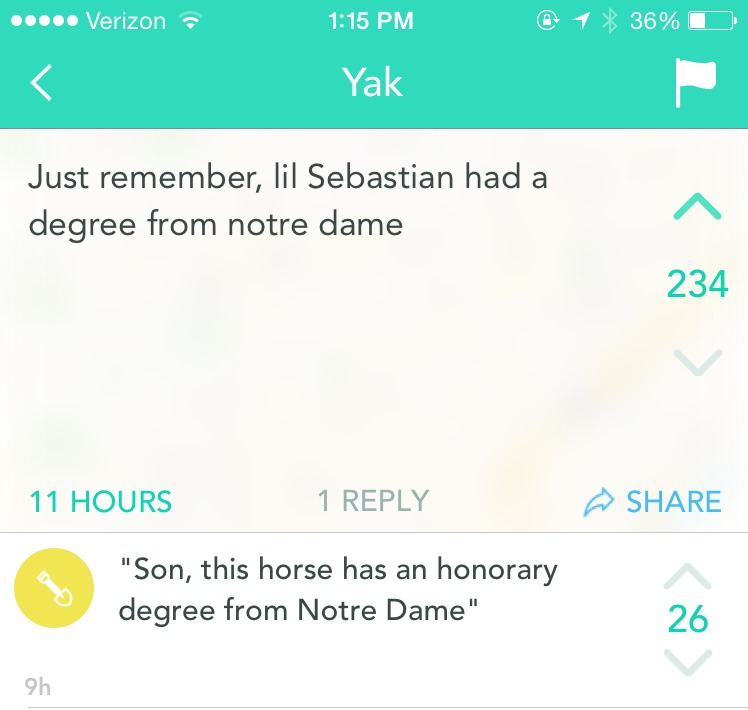