Why I deleted Snapchat

And why you should too

It’s Friday night. You’re sitting in your desk chair applying your 18th coat of mascara. It’s been a shit week and you want to have fun. Mostly you’re hoping to run into that super cool and worldly kid Matt from your philosophy class. He wears beanies. He’s so hipster. If this doesn’t happen tonight you might die.

In your restlessness you scroll through your social media accounts for the fourth time in the last two and a half minutes. You notice Matt posted a new snapchat story 30 seconds ago. Shit, you think as it starts playing. He’s gonna think I’m sooooo creepy.

But this concern becomes negligible when you realize your phone is displaying a live streaming video of a party in Matt’s room. A party that you weren’t invited to. You replay it five times and see that girl Jennifer from PW laughing in the background. Did she just touch his shoulder? You knew they had a thing for each other!

Your affectionate feelings for Matt turn sour. Fuck you, Matt. What a generic name. Everyone on this campus is named Matt. Fuck Matt and fuck his genericness. He’s not hipster at all. You go out and get drunk but somehow Generic-Hipster-Matt is in the back of your mind all night weighing you down almost as much as the 23.5 ounce Four Loko you were so wisely compelled into shotgunning.

The thing with Snapchat and the rest of social media is that it’s centralized on peer validation. On showing everyone how much fun you’re having all the time. And when you’re the one sitting in your room bored and covered in clumpy mascara watching Matt teach the rest of your peers how to dougie, it really sucks.

Since Snapchat happens in real-time, it makes your FOMO that much worse.

Now don’t get me wrong, I have enjoyed my fair share of snaps, and I do not think it is always about seeking other’s approval. For example: 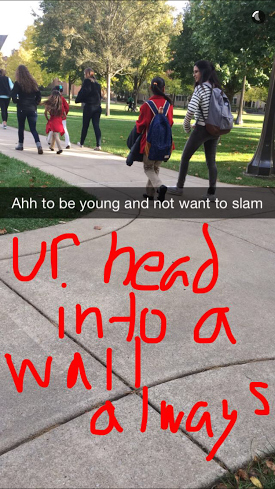 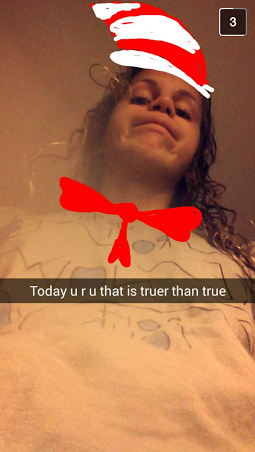 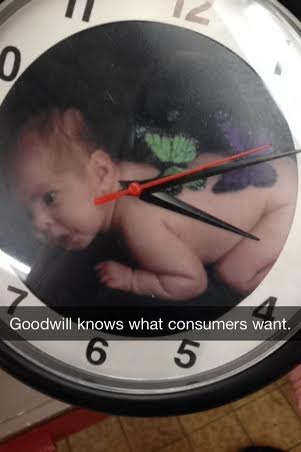 But it’s when we let our thirst for affirmation get the best of us (often along with our thirst for tequila shots) that Snapchat becomes completely unproductive.

Here is a picture from a party I posted to my story last spring. 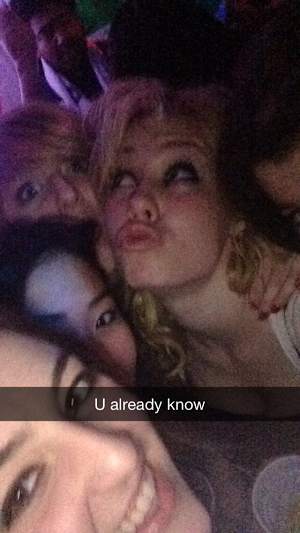 I can envision it like it was yesterday. My friends and I were probably wailing that we were too hot (hot damn) and someone should call the police and a maybe a fireman in a sweaty mass of angsty teens.

At this point I most likely proceeded to yell “Guys! Picture!” before snapping this photo, which, after five takes, I dubbed “So cute!” and posted to my story. Only now was the night really complete.

But in reality nobody is going to look at this and think, “Wow Sienna is so cool and pretty she drinks alcohol and has so many friends! I wanna be just like her!”

What they’re really going to think is, “Yeah, we do already know. We know you’re annoying as fuck.”

And that’s why I deleted Snapchat.

Because we should strive to be someone who dances like nobody is watching, because nobody actually is.

While the idea of the Snapchat is a good one; an app that lets us connect with our friends through personal media, it simultaneously feeds on our insecurities and self-doubt.

For me, life without Snapchat means life in the here and now.

Perhaps it’s time you see what it means for you.