‘What is the Good Life’ is taught to all freshmen

“People just sit in ‘the Good Life’ and hate it,” said first-year student Karissa Seepaul, on the required introductory course. “There should be options, so students are actually interested in what they’re learning.”

In the Examine Race course at UF, Professor Boehm and students urge university leaders to alter What is the Good Life to include issues of race. They plan to write a letter to UF President Kent Fuchs at the end of the course and have created a shared document with reasoning and ideas towards the change. 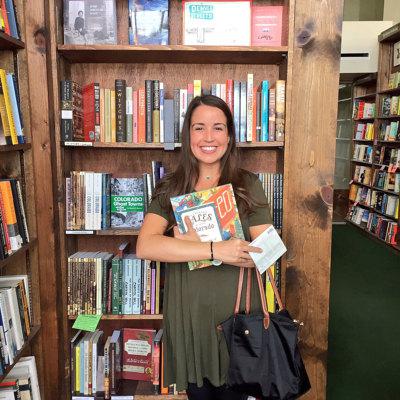 They additionally suggested that there be different course options given to the student to promote an eagerness to learn, all of which would teach diversity. With racial tensions rising on campus due to Nazi sightings and public slander, concern is given as to whether students would benefit more from cultural and ethnic awareness, rather than topics of philosophy.

“Because UF is committed to serving and respecting all students, I believe the idea is feasible,” said Professor Boehm, “Having a mandatory class would reach more students, but I’m thrilled with beginning a dialogue with UF about moving forward with more options for discussions on race.”

The following are revisions suggested by Professor Boehm and students:

“Urge president Fuchs to push for the following:

President Fuchs has spoken on hate crimes in the past stating, “The University of Florida encourages inclusion, respect and empathy for others, not hate.” However, these statements have left some students with a palpable discomfort, who feel that his statements are not enough action against such hate crimes.

The instillation of racial respect and awareness through a required course could potentially be the action students are looking for. Seepaul said, “The issues that we face on campus are just brushed off with a statement made by Fuchs, and then we continue to see more problems arise.”

According to Professor Boehm, sometimes the issue doesn’t even receive discussion in the real world because it is such a heavy topic. Boehm said, “I remember one student who said, ‘The only reason race is a problem in America is because we spend too much time focused on it. We should ignore it all together and our problems would go away.’” 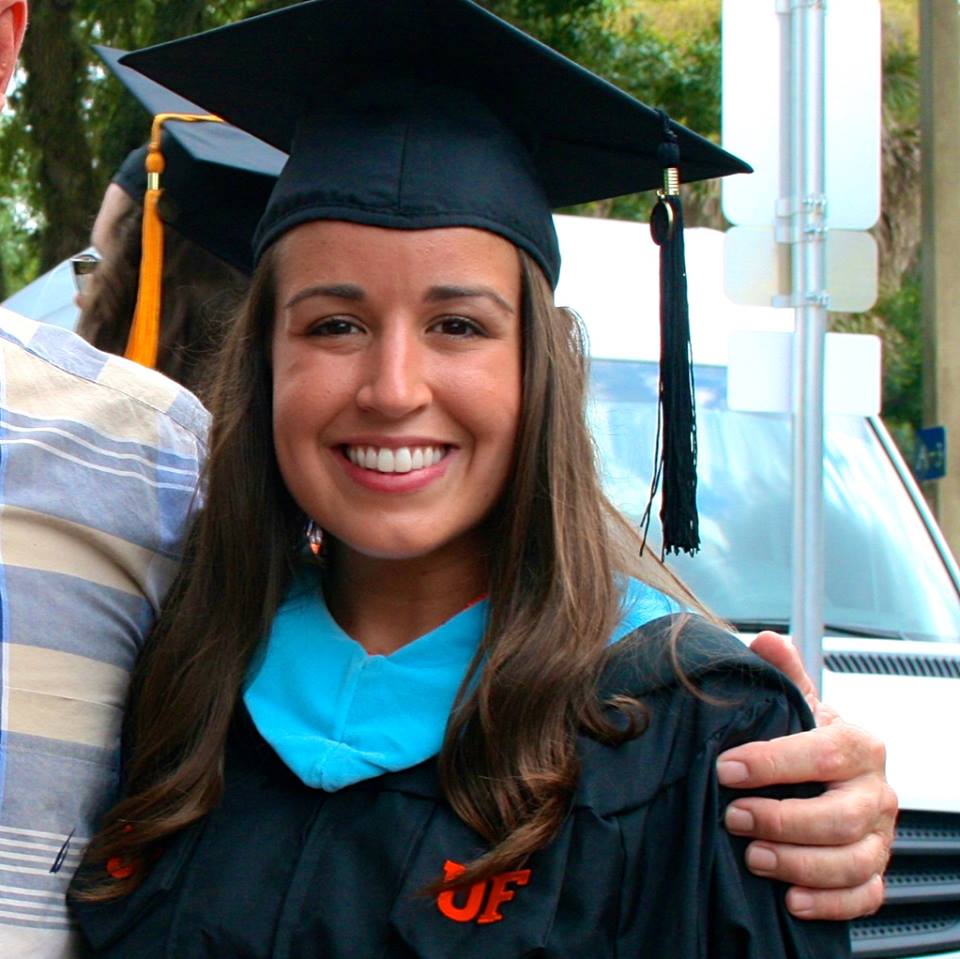 Professor Boehm at her University of Florida graduation ceremony. She currently teaches 10th grade English at P.K. Yonge in addition to the race relations course. Photo provided by Shelby Boehm

However, Boehm believes that this is an ineffective way of dealing with the issue at hand.

“I’ve found that people usually disregard topics that make them uncomfortable, yet this tactic does not prepare individuals for dealing with such topics when confronted by them in the personal or professional realm,” Boehm said. 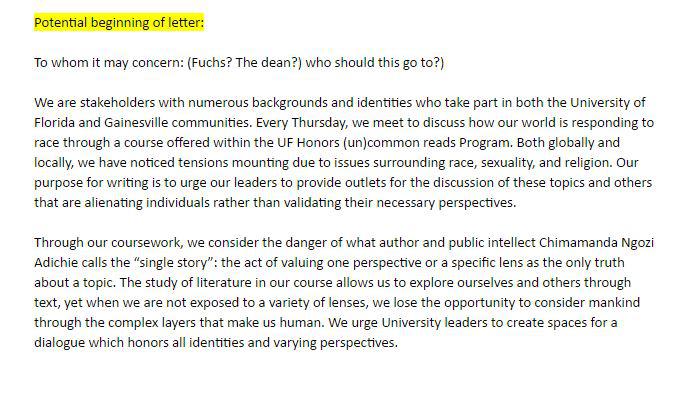 An image of a rough draft of the letter to be sent to UF President Kent Fuchs at the end of the Spring semester. Professor Boehm and students created a shared document in which they contribute ideas for the letter

Though this proposal has yet to hit the desks of university leadership, it poses a real, and objectively interesting change to the mandated course given at UF. Perhaps What is the Good Life could be altered or removed in following years.

If not, this project has at the least affected Professor Boehm and her students. Boehm said, “Big change can start with a small idea, and I feel confident knowing that this course has impacted 15 students at the university in a way that could echo greatly in the future.”