‘The cop and the swastika guy were laughing and joking around’

A man wearing a Swastika on his arm was spotted today on UF’s campus near the Plaza of the Americas and speaking to UFPD in Turlington.

It is still unclear if the man is a student. 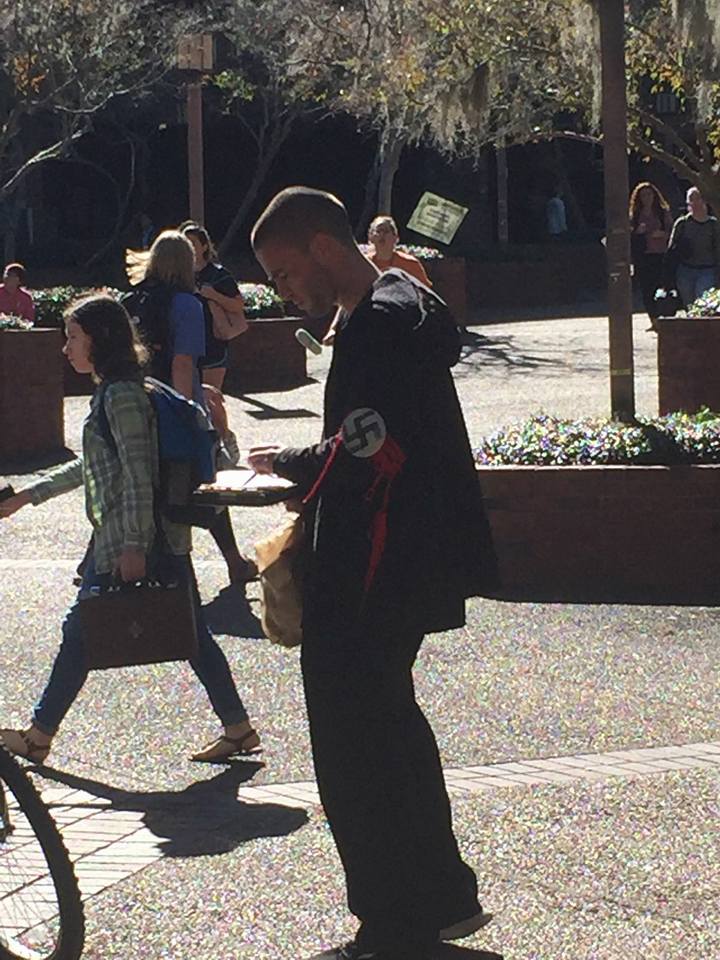 UF sophomore AviChaim Snyder was one of the students who saw the man with the swastika and posted photos he took on Facebook.

Avi told The Tab he was eating Krishna lunch with his roommates when he saw guys riding their bikes through the Plaza.

“One was wearing the swastika, and the other was trying to take pictures or videotape him. The one with the arm band was cussing and yelling at the guy to stop taking pictures, and that it was his right to say whatever he wanted.”

Avi and his roommates followed the man to see what was going on and saw them get stopped by a UFPD officer in Turlington to register his bike.

“We stood right behind him, clearly upset at what was going on. The cop and the swastika guy were laughing and joking around and no comment was made about the clear hate this man was spewing.” 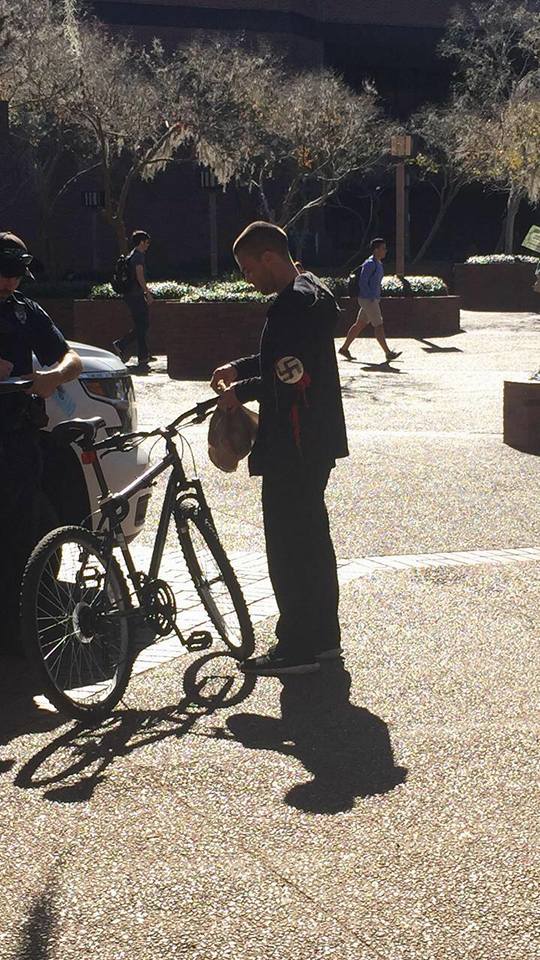 Avi said he was shocked and aggravated but that it wasn’t the first time this has happened.

“A guy was dressed as Hitler on Halloween, and I was called a ‘dirty Jew’ in Turlington last year.”

In his Facebook post, Avi says “This is completely despicable! If someone wore or said anything against African Americans, Muslims, Latinos, etc there would be an outcry but since it’s against Jews it is ok!”

The post has been shared over 300 times. Someone who claims to work with the officer involved has even commented, telling Avi to “STFU.”

This is not the first act of anti-Semitism here at UF. In 2014, members of UF Hillel were harassed; anti-Semitic comments were being yelled from outside of their own homes, and a mezuzah was ripped from their door. Earlier this year, a Swastika was spray painted on the Delta Tau Delta fraternity house.

President Fuchs has “[denounced] any statements and symbols that hurt or disparage others” in the past, but has not released a statement on this specific incident. UFPD and the Dean of Students Office have yet to comment.