‘We love Trump’ was found scrawled on a pillar this morning

Earlier this morning, the Delta Tau Delta house was vandalized with a swastika, “hateful rhetoric” and smashed windows.

This may have been related to a political protest that happened along University Avenue yesterday, during which a few brothers on the front lawn expressed their own views.

A passerby also noted on Twitter that “We <3 Trump” and a swastika were scrawled on the house. 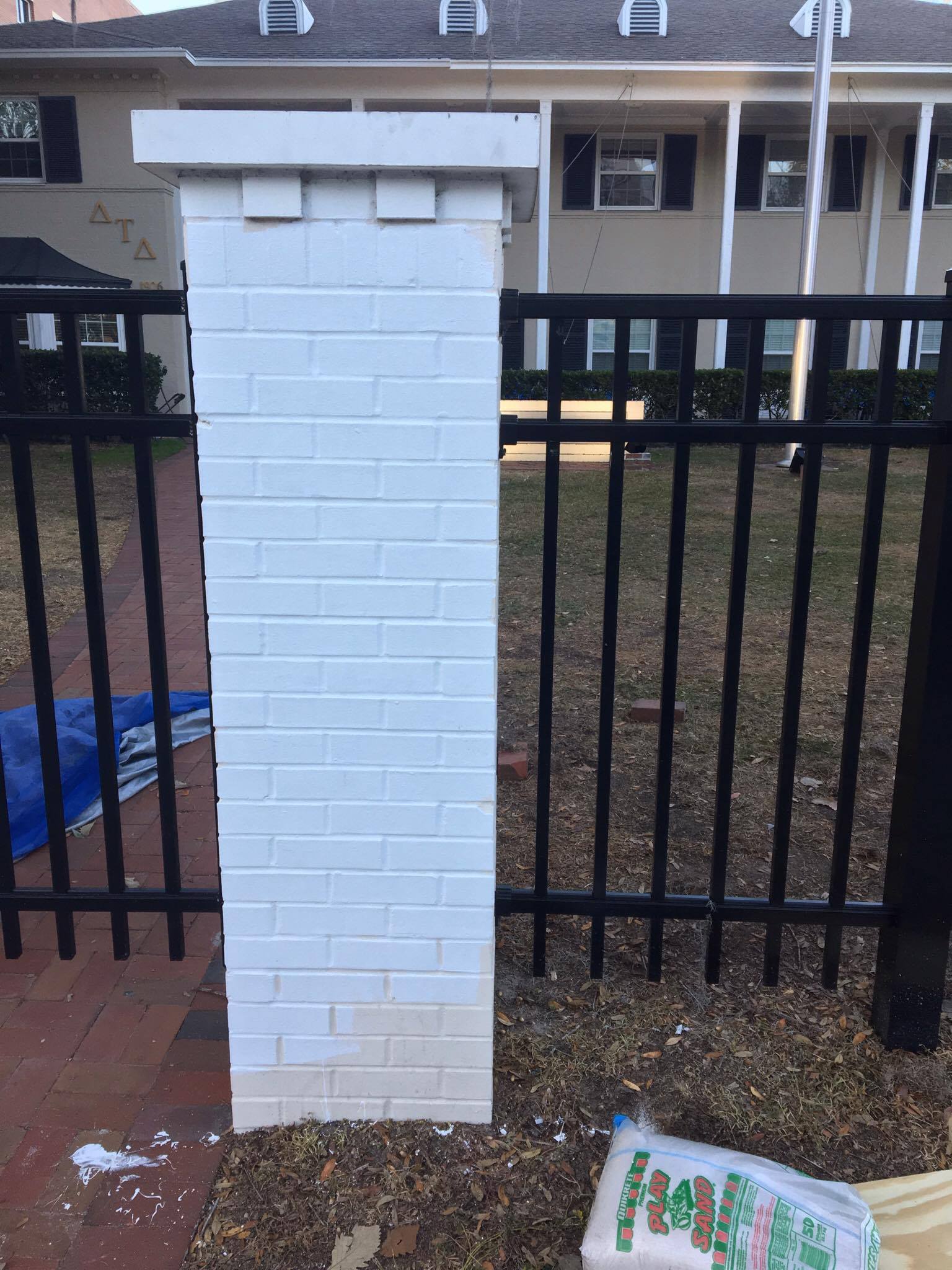 A Tab reporter who visited the scene noticed the messages have since been painted over.

“In the early hours of this morning, our house was vandalized with a spray-painted swastika and other hateful rhetoric, along with broken windows. Yesterday there was a political protest march along University Avenue during which some of our members were on our front lawn expressing their political views. The University of Florida is an institution where one can express one’s views with no fear of disdain or hostility, and these acts of vandalism should be denounced. As a diverse community of men with various political and religious backgrounds, the members of Delta Tau Delta advocate for the freedom of speech and political expression. We ask that we receive the support of the University in rejecting this conduct as it is vital for a truly inclusive campus.”

Gainesville Police confirmed to The Tab they took a report at 5:13 a.m. about the incident.

A spokesperson told us: “It’s going to be determined as a felony. In the state of Florida, criminal mischief becomes a felony if it causes more than $1000 of damage. This is estimated now at around $1400.”

When asked if the swastika graffiti also made this incident a hate crime, GPD said it could not confirm at this time. No suspects have been identified yet.

UF’s President Kent Fuchs has now released a statement to The Tab:

“I am saddened to learn the Delta Tau Delta fraternity house was vandalized with offensive messages and a swastika over the weekend. The University of Florida is committed to supporting all members of our community. I denounce any statements and symbols that hurt or disparage others.”