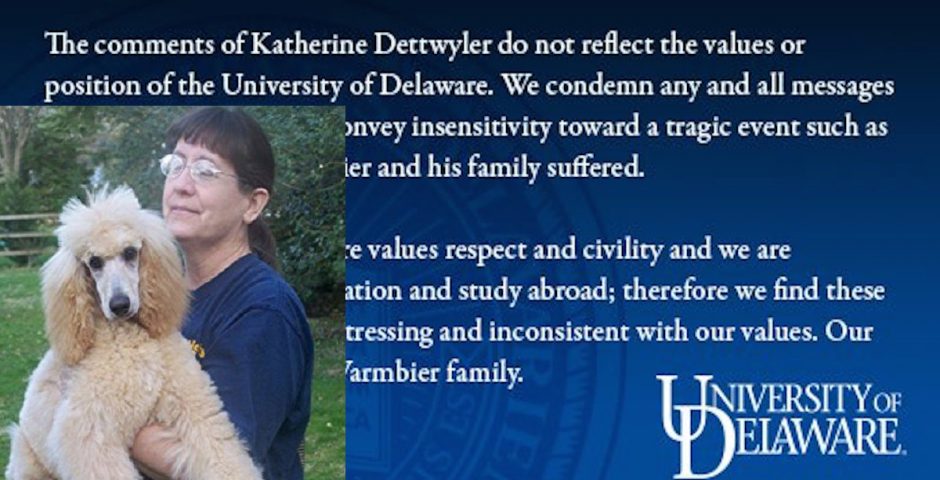 A professor at the University of Delaware has not been rehired for posting a harsh status about Otto Warmbier, the UVA student who died after being held prisoner in North Korea.

Katherine Dettwyler, 62, said Warmbier “got exactly what he deserved.”

UDel has confirmed her contract as an adjunct professor will not be renewed. 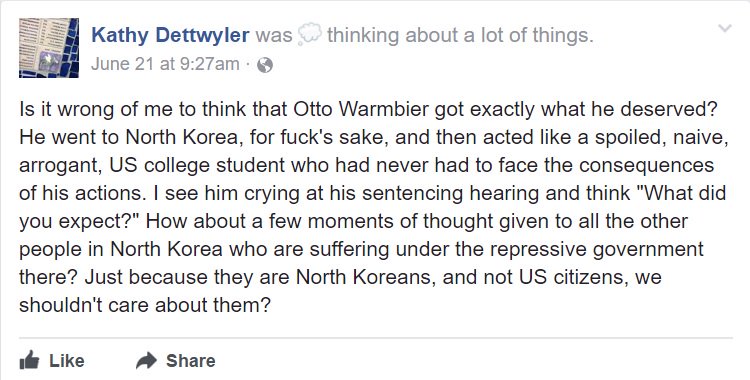 “Is it wrong of me to think that Otto Warmbier got exactly what he deserved? He went to North Korea, for fuck’s sake, and then acted like a spoiled, naive, arrogant, US college student who had never had to face the consequences of his actions. I see him crying at his sentencing hearing and think ‘What did you expect?’ How about a few moments of thought given to all the other people in North Korea who are suffering under the repressive government there? Just because they are North Koreans, and not US citizens, we shouldn’t care about them?”

While the essence of her post stated that he “deserved” what happened to him, it also hinted at a cruel outlook towards all her students.

“These are the same kids who cry about their grades because they didn’t think they’d really have to read and study the material to get a good grade,” Dettwyler said later.

She added Warmbier had the “typical of a mindset of a lot of the young, white, rich, clueless males who come into my classes.”

@AnnCoulter, @PrisonPlanet: The comments of Katherine Dettwyler do not reflect the values or position of the University of Delaware. pic.twitter.com/ne7Ro0Ry9C